Londoners have complained that blood and gore has been left to dry out on pavements following a series of stabbings in Edmonton.

One frustrated local even took a video showing the bloody aftermath of the weekend’s violence.

They said “rotting flesh and dry blood” had not been scrubbed away with spurts of red liquid clearly visible on paving slabs in Edmonton. 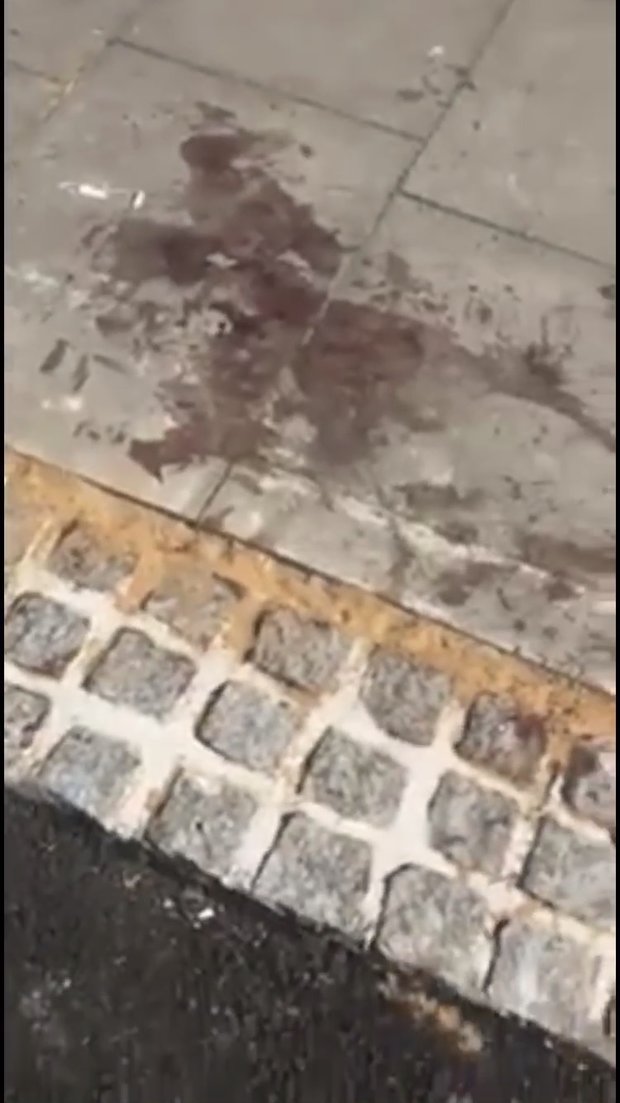 The post alongside the video reads: “So this afternoon around 1.30pm I was walking back from before street job centre accompanied by my mother due to all the stabbings going on within the Edmonton area.

“I came across this disgusting sight of what was left after yesterday mornings fourth stabbing, the smell was vile.. it smelt like rotting flesh and dry blood.

“In my opinion, it should have been cleaned, rather than passers by, stepping all through it when it is still glistening and fresh, incriminating evidence and DNA.

“How are we supposed to explain to our nieces, nephews, kids etc when they see this and ask about it? 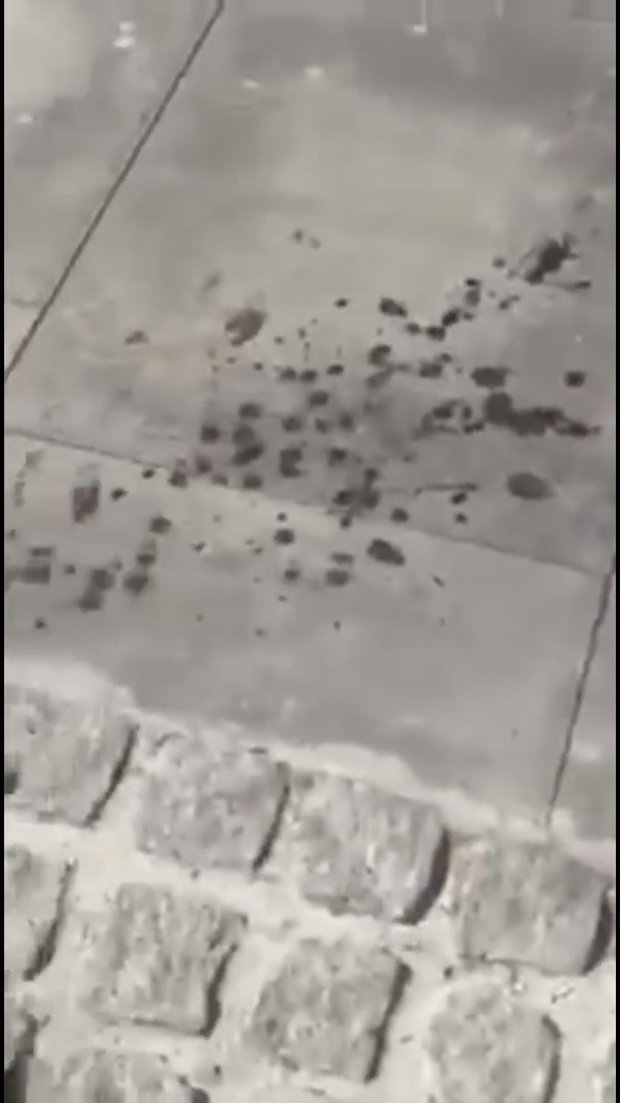 “Overall this is very disgusting and disrespectful to the victims family who are already going through a difficult time, not having to walk past they’re loved ones blood and be reminded of the incident that took place.”

Video footage pans out showing several areas where blood had gushed from the victims’ bodies.

The carnage began at the weekend when an assailant hunted down four people in the street, stabbing them at random.

Over a period of 15 hours, a woman and three men were approached from behind as they walked alone in the north London area. 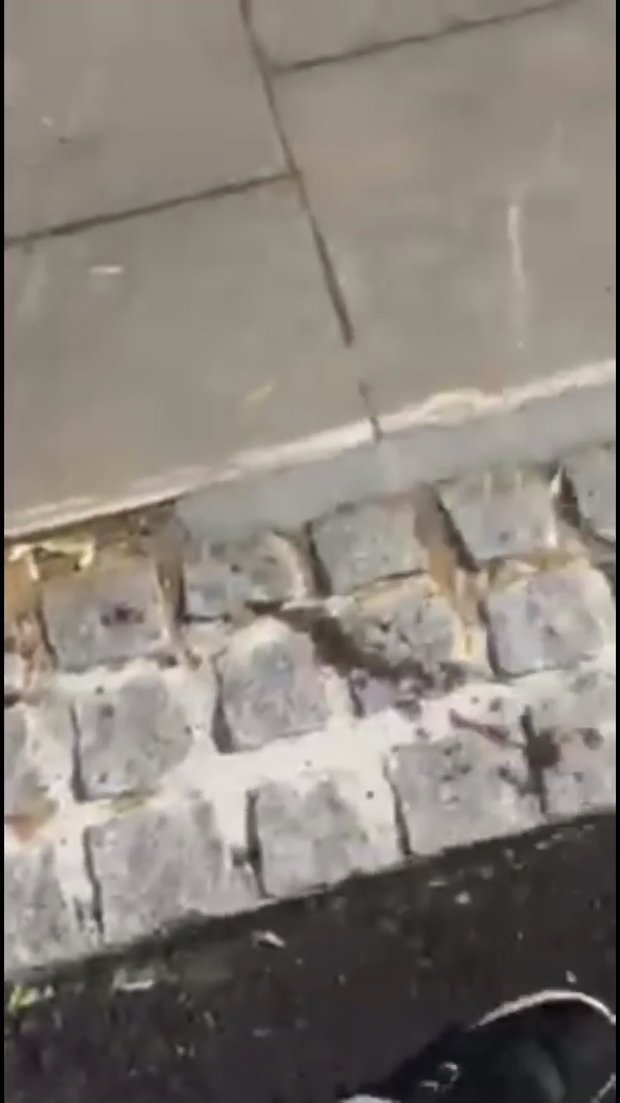 Police said the victims appeared to have been selected at random between 7pm on Saturday and 10am on Sunday within a half mile radius.

A 45-year-old woman and a 23-year-old man remained critically injured in hospital today.

Police are scouring the Edmonton area for a single male attacker, who is described as black, about 6ft 3ins, of skinny build and wearing dark clothing, possibly a hooded top. 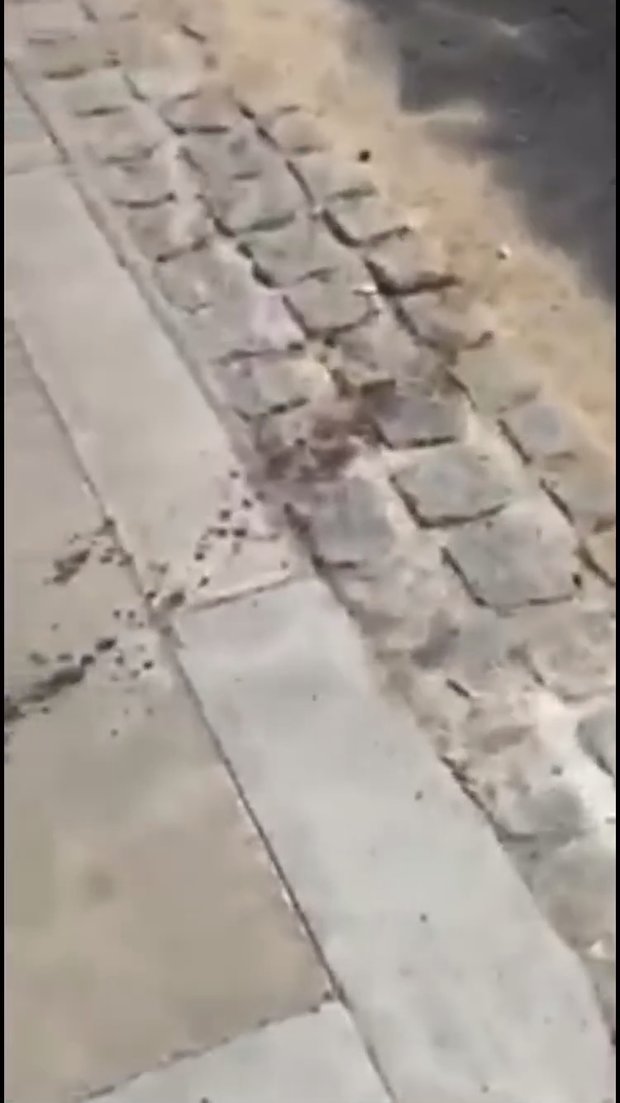 A man was arrested on suspicion of grievous bodily harm shortly before 11am on Sunday in Edmonton.

Officers made a second arrest at a residential address in Edmonton in the afternoon. The second man, in his 40s, is also being held on suspicion of GBH, and both remain in custody.

But officers suspect the attacker is still at large.