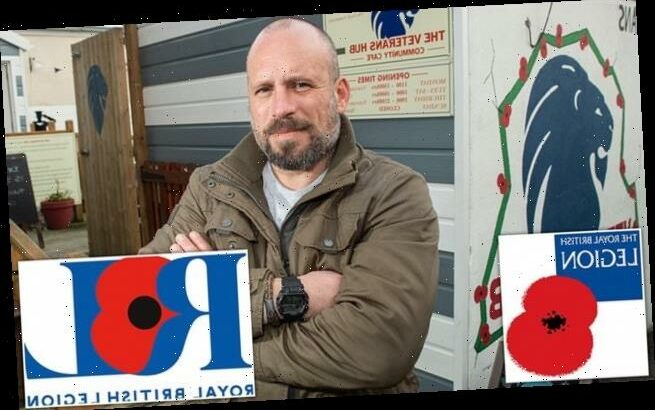 Military veterans blast Royal British Legion for ‘gross misuse’ of funds after it spent almost £100,000 on a new LOGO while 6,000 ex-armed forces are homeless

The Royal British Legion has been blasted by military veterans after spending nearly £100,000 designing a new logo.

Former servicemen have been left ‘dumbfounded’ at the ‘gross misuse’ of money spent on the rebranding job, which is set to be launched on Tuesday.

The servicemen pointed out that the enormous cost comes at a time when thousands of former veterans are living homeless.

It is estimated that between 3,500 and 6,000 former veterans are currently living homeless in the UK and the suicide rate among former military personnel has doubled in the last decade. 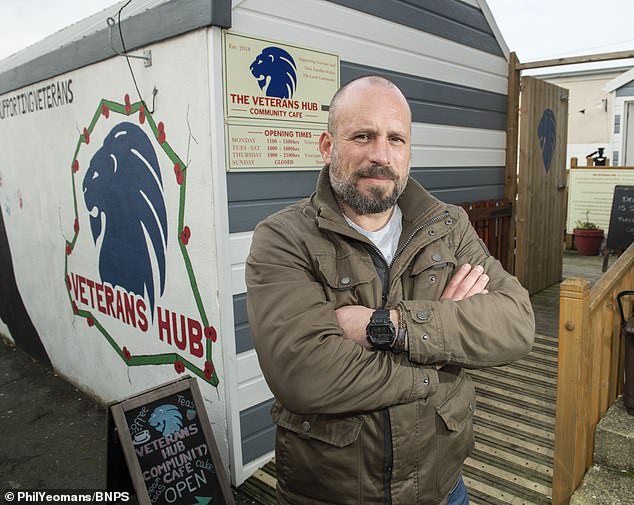 Former servicemen have been left ‘dumbfounded’ at the ‘gross misuse’ of money after the Royal British Legion spent nearly £100,000 designing a new logo. Pictured: Afghan War veteran Andy Price who has criticised the cost of rebranding

The RBL, which has an annual income of around £150m and bank reserves of almost £70m, will launch its new logo to coincide with the charity’s centenary year.

The new design, which has been three years in the making and cost £100,752, is made up of the initials of the charity with the R and L coloured in blue and a bright red poppy in place of the letter B.

The rebranding replaces the traditional logo which had the words of the RBL in a blue box next to a red poppy.

Now, ex-servicemen claim the charity has ‘lost touch’ with its original ethos to support soldiers and have accused it of becoming too corporate.

Andy Price, 42, who runs the Veterans Hub in Weymouth, Dorset, a support group that helps former servicemen, said: ‘I am dumbfounded. Spending £100,000 on a brand change is a gross misuse of their funds and unforgivable at all levels. 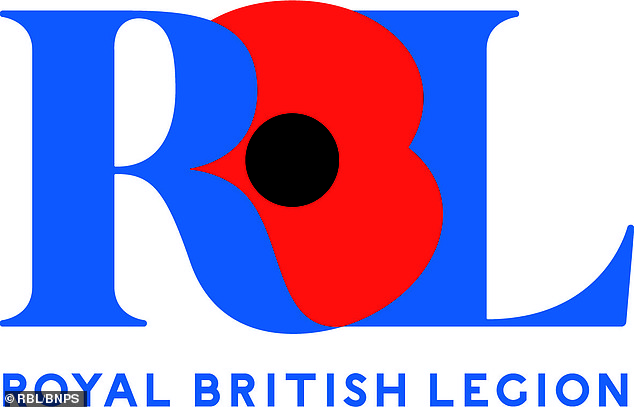 The new design (pictured), which has been three years in the making and cost £100,752, is made up of the initials of the charity with the R and L coloured in blue and a bright red poppy in place of the letter B

‘Our logo and branding cost us a pint of beer.

‘I have to beg borrow and steal to keep the hub open in order to help people.

‘We have just helped one guy who was £79 in arrears on his rent and was about to be evicted. It would have taken two or three months for the RBL to have helped him.

‘Another member who suffers from bad arthritis and can’t use his bath has waited for a year for the RBL to put in a wet room.

‘Another member was rehoused by them yet it took three months for him to receive white goods and an oven to enable him to live.

Price, an Afghan War veteran, added: ‘I think the RBL has lost touch with what they are supposed to be. When they were set up they supported veterans returning from the Great War but they are more like a corporate organisation now.’ 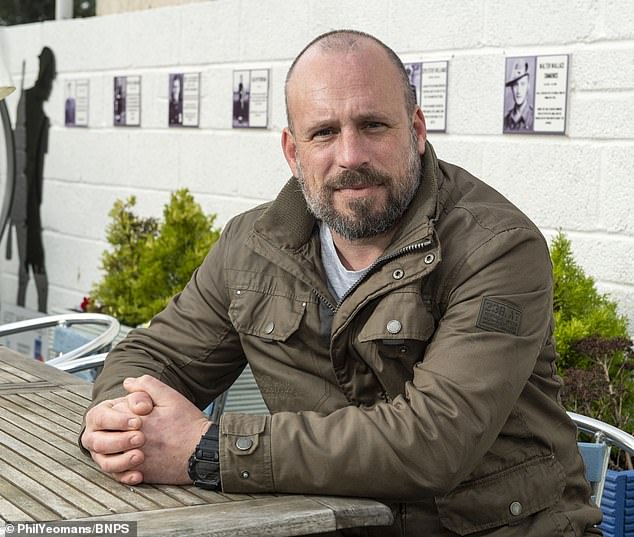 Price, 42, (pictured) who runs the Veterans Hub in Weymouth, Dorset, a support group that helps former servicemen, said he was ‘dumbfounded’ by the RBL’s rebranding

He said: ‘The RBL shut down every one of their respite centres because they needed to save money yet they are still willing to spend over £100,000 on a new logo.

‘That tells me their priorities are all wrong.

‘It is shocking and is a kick in the teeth when so many veterans are struggling.

‘They have gone from being a charity that helps veterans to being a massive corporation.’

Another veteran, Craig Monaghan, has set up a support network in Manchester, called the Veterans Garage. 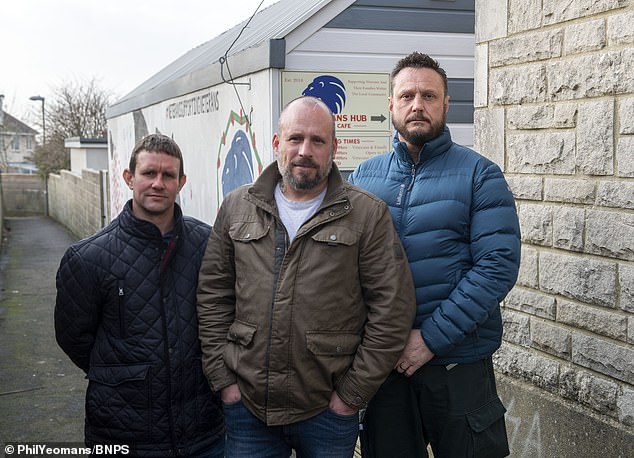 The former Rifleman, who suffered brain injuries from an IED blast in Afghanistan in 2009, said: ‘I had been in the army all my adult life and when I came out I didn’t know what to do or thing like how to pay my bills.

‘I went to the RBL for some guidance and advice but I never heard anything from them.

‘When veterans reach out to them they are already in their most darkest place yet a lot of them time they are told to go back to their regiment welfare system or to Combat Stress.

‘Spending over £100,000 on a new logo while veterans are killing themselves left, right and centre or crying out for help leaves a sour taste in the mouth.’

Responding to criticism of the cost of rebranding, a spokesperson for the RBL said that it was the first time in 30 years the charity had had a new logo.

They said: ‘Our current brand was designed before many of today’s digital channels existed and unfortunately it is no longer fit for purpose in the modern world. 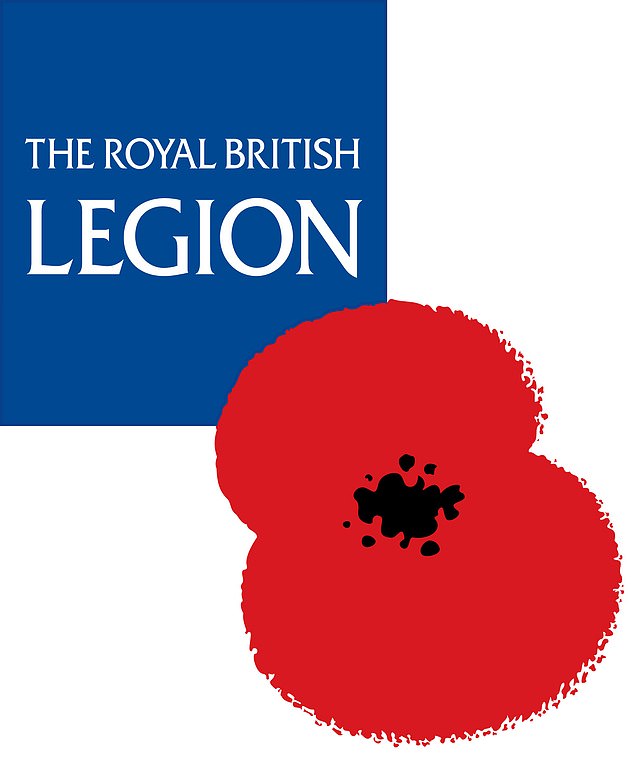 ‘The new logo places the poppy at the heart of the RBL and recognises our heritage as the lettering is inspired by the grave of the Unknown Warrior at Westminster Abbey. It is clear, legible, and adaptable to different sizes.

‘The cost covers more than a new logo. It covers the iterative process of a new brand identity over a two-year period including stakeholder engagement, research and design work, development of the logo and brand assets, and fulfilling trademark requirements.

‘The Royal British Legion is constantly evolving and looking for ways to make sure we best support the Armed Forces community and as we mark our centenary in 2021 it is vital we lay the foundations for an organisation that is fit for the next 100 years.

‘We take the use of charitable funds extremely seriously and we have made this significant investment to ensure we can reach and support more members of the Armed Forces community in the future by making it simpler for them to find us and understand who we are and what we do.’