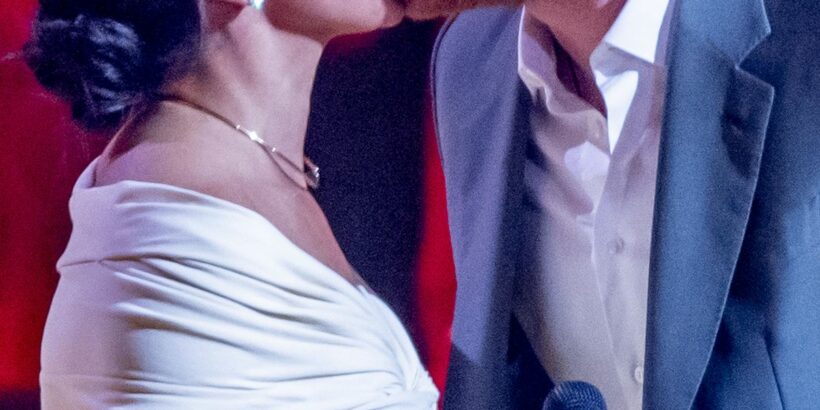 Royal fans have asked some furious questions after Meghan Markle used one of Prince Harry's royal titles at this year's Invictus Games despite 'stepping back' as serving royals.

In the opening ceremony of the competition for wounded servicemen and women at The Hague, Netherlands, Meghan gave a heartfelt speech praising her husband for setting up the event.

The 40-year-old old said: "It is my distinguished honour to introduce someone that I think you all will be very excited to hear from."

"He has also spent many late nights and early mornings planning for these games to make them as perfect as possible for each of you.

"I could not love and respect him more and I know that all of you feel the same because he is your fellow veteran having served two tours of duty in Afghanistan and 10 years of military service.

But controversy among online royal fans came when she introduced her husband as "Prince Harry, the Duke of Sussex." who she described as "father to our two little ones, Archie and Lili".

Some saw this as an attempt to 'live off' their titles after abandoning their royal duties.

One peeved user took to Twitter to write: "Thought it was 'just Harry'.

"Prince Harry will suffice. She's obsessed with those damn titles."

Another responded by saying it was a status move, saying: "They found out that 'Just call me Harry' does not sell but 'my husband, Prince Harry, The Duke of Sussex' and 'Hi, I’m Meghan, The Duchess of Sussex' does.

"Shows that their without titles, their worth decreases and they and their corporate bosses know it."

Someone else criticised her for appearing to ignore the ex-servicemen taking part, writing: "Meghan praises Harry during her introduction, and not a word about the wounded veterans.

"Of course, she introduced him as 'Prince' and 'Duke of Sussex' – enjoying the titles."

The Invictus Games began on Saturday (16 April) and will end this Friday (22 April).