Bizarre footage appears to show a Royal Mail postwoman urinating outside a house.

CCTV shows the female employee posting a parcel through the door of a property in Horton, Gloucestershire, at lunchtime on May 5.

After delivering the package, she then squats down at the bottom of some steps outside the front door and appears to relieve herself.

The woman, wearing black trousers, a short blue sleeved shirt and an reflective orange bib with the Royal Mail logo on it, then gets up and pulls her trousers up.

Andy Watson, who owns the property, was shocked to discover the footage captured on his CCTV camera.

‘I live in a rural area where there are lots of hedges she could have hidden behind,’ he said.

‘I understand sometimes you have to go but don’t do it on your customers’ properties.’

A Royal Mail spokesperson said: ‘Royal Mail expects the highest standards of behaviour from our people while out on deliveries and collections.

‘Any such behaviour is completely unacceptable and we apologise to our customer in Gloucestershire. We are investigating this incident.’ 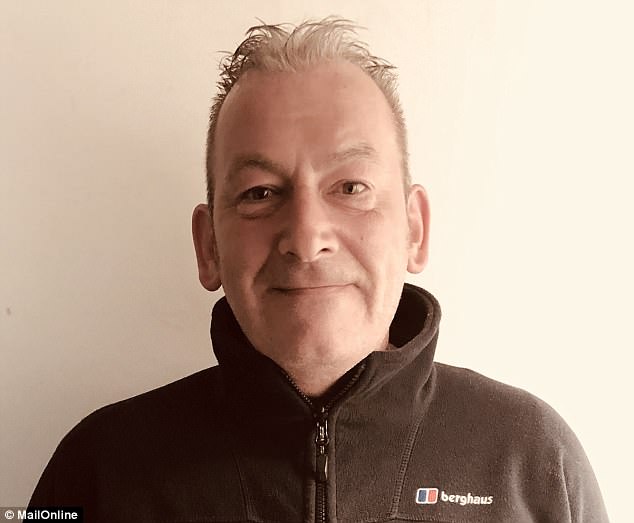 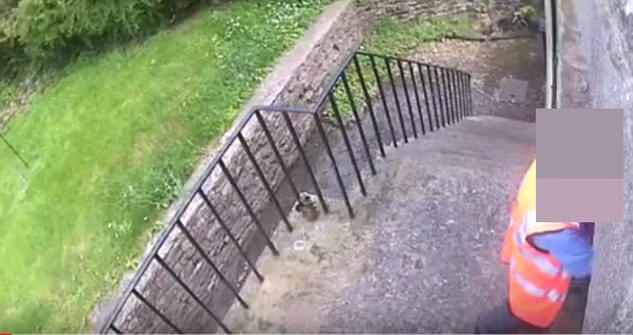 The postwoman knocks on the door of a property in Horton, Gloucestershire, at lunchtime on May 5 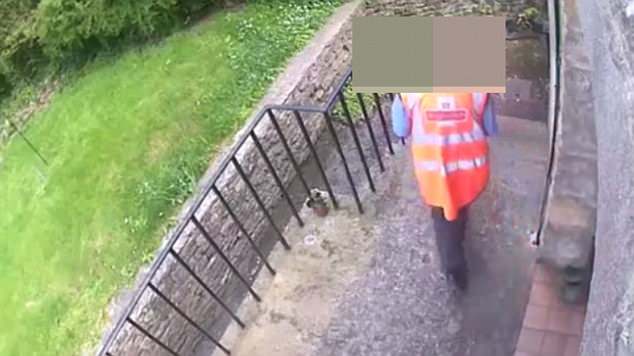 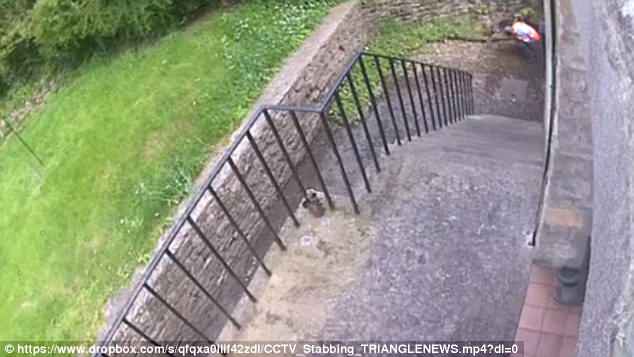