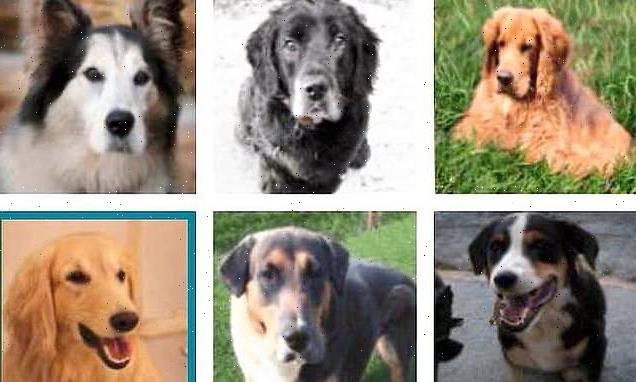 Royal Mail is driving its customers barking mad with absurd security challenges when they try to track their packages online, such as identifying smiling dogs.

The postal service is using ‘funny or whimsical questions’ to the annoyance of consumers, who are prevented from seeing where their package is if they provide the wrong answer.

Katie Salisbury, 41, failed a test to identify a smiling dog three times in a row.

She told The Mail on Sunday it was ‘very frustrating’ adding: ‘How do you identify a smiling dog? I felt it was a deliberately obtuse question and I was annoyed because I wanted my parcel.’ 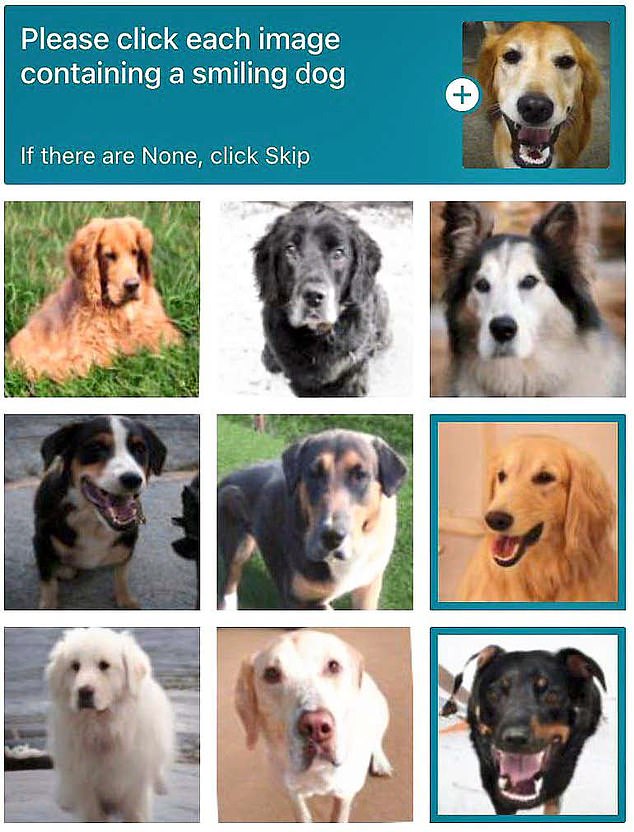 Ruff treatment: Royal Mail customers are unhappy that they are have to identify a smiling dog and answer other ‘whimsical questions’ on a captcha quiz in order to track their packages

Many firms use a so-called ‘captcha’ quiz to protect their service from hackers, and customers must prove they are not a robot by identifying a series of images.

In the past it was mundane objects, such as traffic lights or trains. But the Californian tech firm hCaptcha, which devises the quizzes used by Royal Mail and many others, has now changed their tests to involve animals.

Clients are asked to identify horses made of clouds, short-haired cats, lions with manes – and smiling dogs.

Animal behaviourists ferociously debate whether dogs can smile, so it is no surprise the captcha left Royal Mail customers perplexed.

Frag Last, 42, was baffled when he came across the smiling dog challenge when tracking his post two weeks ago.

‘At first I was pleased they had done something different but then I thought – what does a smiling dog look like? What if I mistook a slightly snarling and grumpy dog for one with a genuine smile?

‘How many attempts would I have before I was locked out of discovering the location of my missing package?’

Another customer took to social media to bemoan: ‘What hellish and unnecessary captcha is this Royal Mail? I just want to track a package. I don’t know the difference between one type of cat and another and suspect I’m not alone.’ 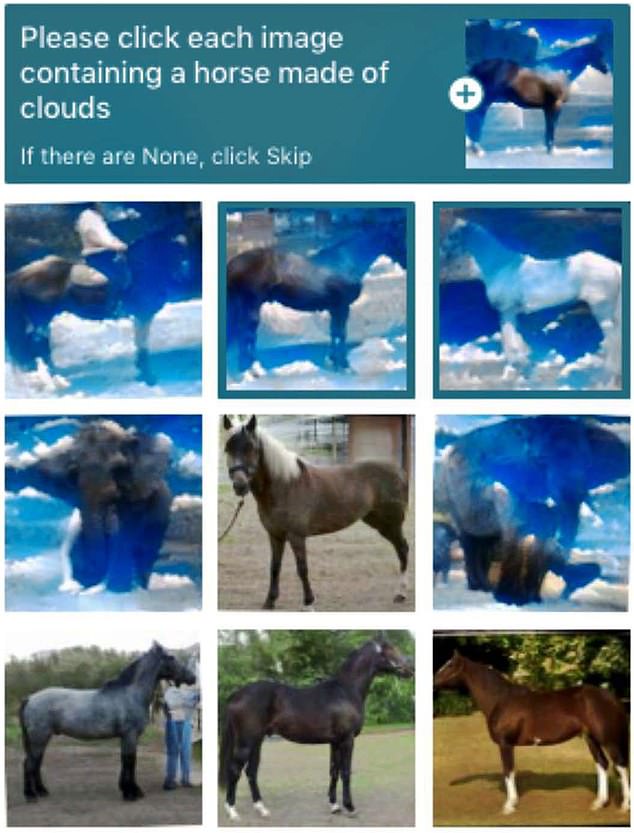 Neigh way: One of the captcha quizzes involves having to identify a horse made from clouds

Captchas have faced criticism for discriminating against people with impaired vision.

Robin Spinks, from the Royal National Institute of Blind People, said: ‘There are more than two million people in the UK living with sight loss.

‘Trying to navigate these visual puzzles is not just frustrating, it’s discriminatory and can prevent people from accessing some websites.’

hCaptcha has stood by its changes and last month said it had adopted ‘an explicit goal’ of making ‘funny or whimsical questions often involving animals’ to make ‘most people who see an hCaptcha challenge happier for having seen it.’

They claim the change has had a ‘nearly 10:1 positive response’ on social media but acknowledged some people had ‘strong opinions’.

When asked what constituted a smiling dog, hCaptcha said it was a ‘consistent theme’ that most people selected photos of dogs with their mouths open.

‘We are evaluating the captcha test to ensure the images used continue to deliver on these commitments.’