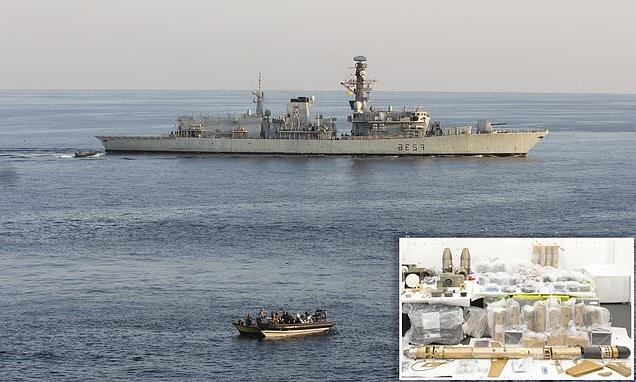 The Royal Navy has revealed one of its warships, the HMS Montrose, seized a stash of deadly weapons off the Iranian coast earlier this year.

A number of the weapons seized from the hoard violate a UN Security Council resolution namely surface-to-air-missiles and engines for land attack cruise missiles. It is thought the weapons were being transported to Houthi rebels fighting in Yemen.

This is the first time a British Naval warship has intercepted a vessel carrying such sophisticated and lethal weaponry from Iran – some of which have been used in deadly rebel attacks. 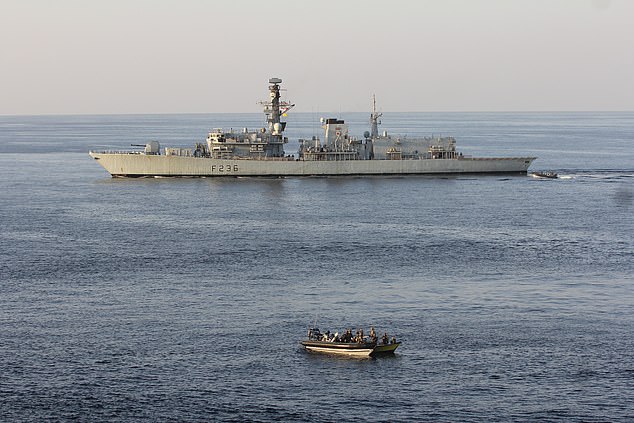 In a Naval first, the British warship HMS Montrose intercepted vessels carrying advanced weaponry from Iran thought to be headed to Houthi rebels in Yemen

Equipped with state of the art radar systems, the Wildcat helicopter crew (based on the HMS Montrose) spotted the small vessels speeding away from the Iranian coast suspiciously fast.

They were scanning the waters for vessels smuggling illicit goods as routine procedure when they noticed something was happening.

The Wildcat helicopter pursued the vessels then reported back to HMS Montrose that they could see suspicious cargo on deck.

Some of the weaponry and weapons parts seized by British Naval forces just off the coast of Iran. A technical analysis of the hoard revealed the shipment contained multiple rocket engines for the Iranian produced 351 land attack cruise missile and a batch of 358 surface to air missiles

The captures took place in the early hours of the morning of January 28 and February 25 this year. US Navy destroyer USS Gridley supported British forces by deploying a Seahawk helicopter to provide critical overwatch during the operation, during the February mission.

The vessels in question were approached by a team of Royal Marines who then secured and searched the speedboats.

Dozens of packages containing advanced weaponry were discovered on board. These were immediately confiscated and brought back to HMS Montrose. 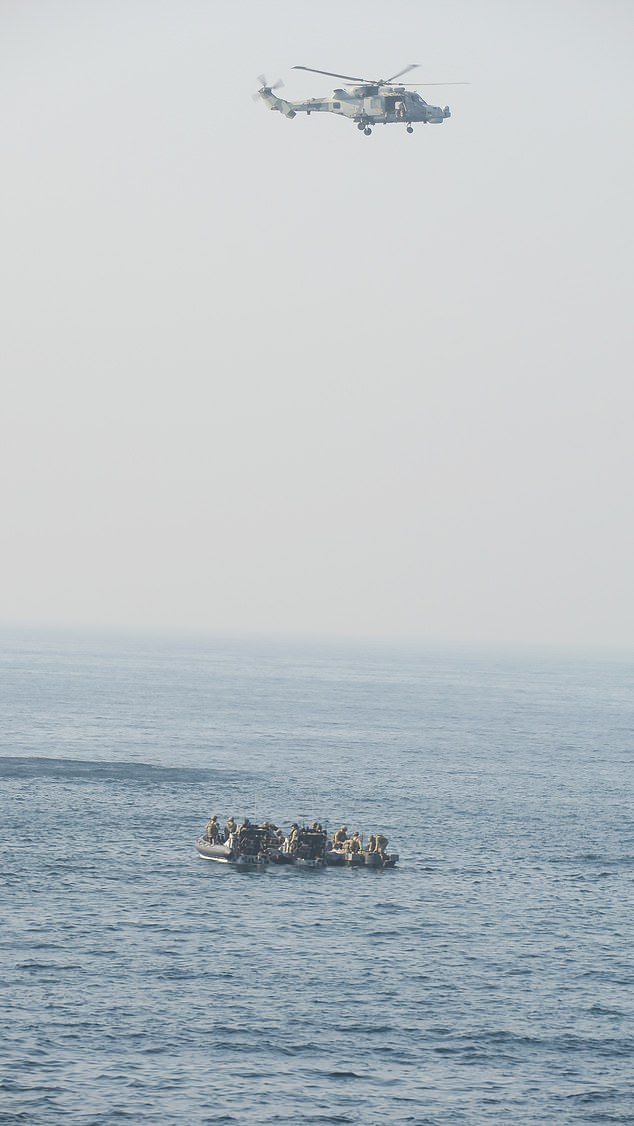 The captures took place in the early hours of the morning of January 28 and February 25 this year. A team of Royal Marines approached the boats on two Rigid Hulled Inflatable Boats before confiscating dozen of packages containing weaponry

‘The UK is committed to upholding international law, from standing up to aggression in Europe to interdicting illegal shipments of weaponry that perpetuates instability in the Middle East,’ said Minister for the Armed Forces James Heappey.

‘The UK will continue to work in support of an enduring peace in Yemen and is committed to international maritime security so that commercial shipping can transit safely without threat of disruption.’

The seized packages were returned to the UK for technical analysis which revealed that the shipment contained multiple rocket engines for the Iranian produced 351 land attack cruise missile and a batch of 358 surface to air missiles.

The 351 is a cruise missile with a range of over 600m/s, it is regularly used by the Houthis to strike targets in the Kingdom of Saudi Arabia and was also the type of weapon used to attack Abu Dhabi on January 17 2022, which killed three civilians. 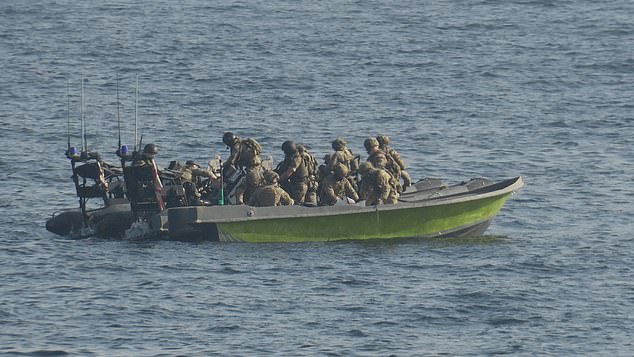 On Friday 24 June, the Ministry of Defence hosted the Panel of Experts established pursuant to Security Council resolution 2140 (2014), which concerns the conflict in Yemen. The panel inspected the seized weapons and received a technical brief by the UK’s Defence Intelligence analysts.

‘These interdictions demonstrate the professionalism and commitment of the Royal Navy to promoting stability in this region,’ said HMS Montrose’s Commanding Officer Commander Claire Thompson.

‘I am extremely proud of my crew – the Royal Navy sailors, aircrew and Royal Marines involved in these endeavours and the significant positive impact they are having in maintaining the international rules-based order at sea.’ 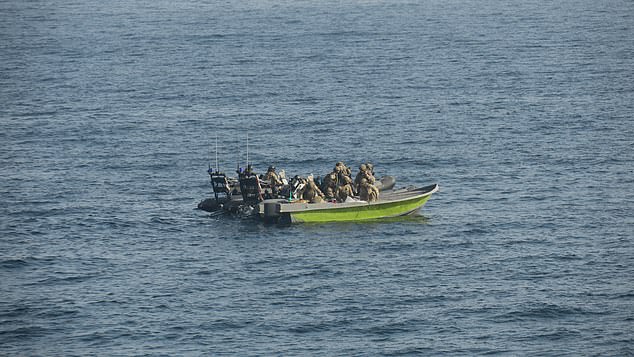 The UK retains a permanent presence in the Middle East. The HMS Montrose has been deployed to the region since early 2019 and actively supports multi-national maritime security operations and protects the interests of the UK and its allies.

The ship operates under the control and direction of the UK Maritime Component Command which is based in Bahrain.

HMS Montrose, a Type 23 frigate, has taken part in many successful operations to seize illicit drugs in the Gulf of Oman. This year alone, the ship has intercepted nearly £100m of illegal narcotics.