Members of the Royal Family are usually the embodiment of diplomacy.

But actress Sophie Winkleman, Prince Michael of Kent’s daughter-in-law, has thrown caution to the wind with an outspoken attack on the ‘grubby little t***s’ she blames for damaging the reputation of her friend, the colourful former charity boss Camila Batmanghelidjh.

Camila set up the charity Kids Company, which worked with marginalised children and young people, but it collapsed in 2015 after David Cameron’s coalition government withdrew a £3 million grant following alleged breaches of its terms. 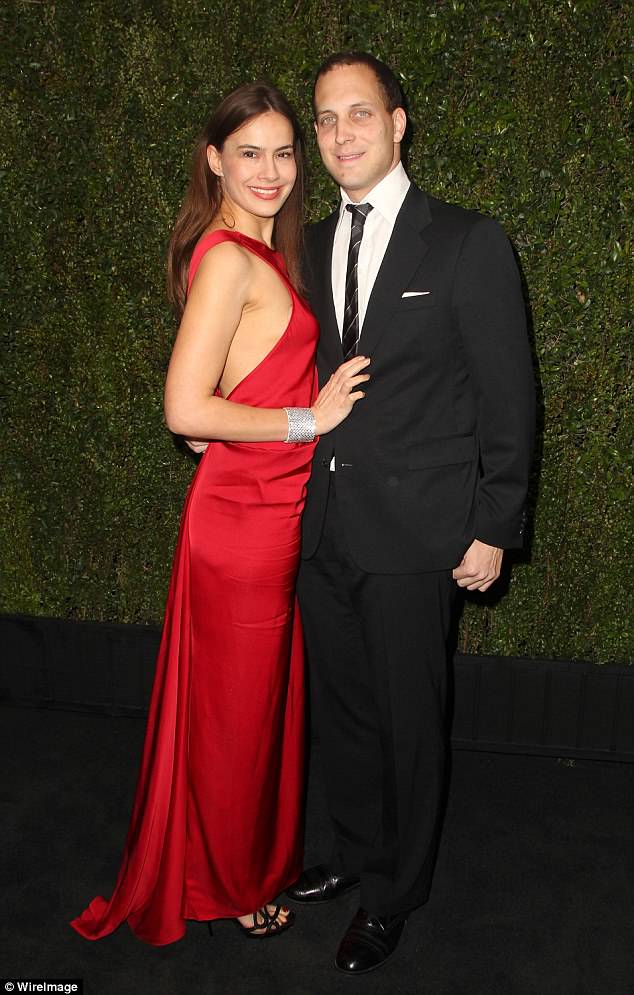 Lady Frederick Windsor tells me: ‘They don’t tell the truth. Camila was smeared in a terrible way, and her ‘mistakes’ were so minute compared to the magnificence of that charity, and a few grubby little t***s in government tore her to pieces.’

Camila admitted to ‘bending the law slightly’ while running Kids Company, which was closed amid accusations of mismanagement.

In distinctly unregal language, Sophie, who played Big Suze in comedy series Peep Show, claims: ‘It was so evil what was done to her and that magnificent company.

‘Getting out a tenner and not logging it? F*** you. I worship the woman.’ 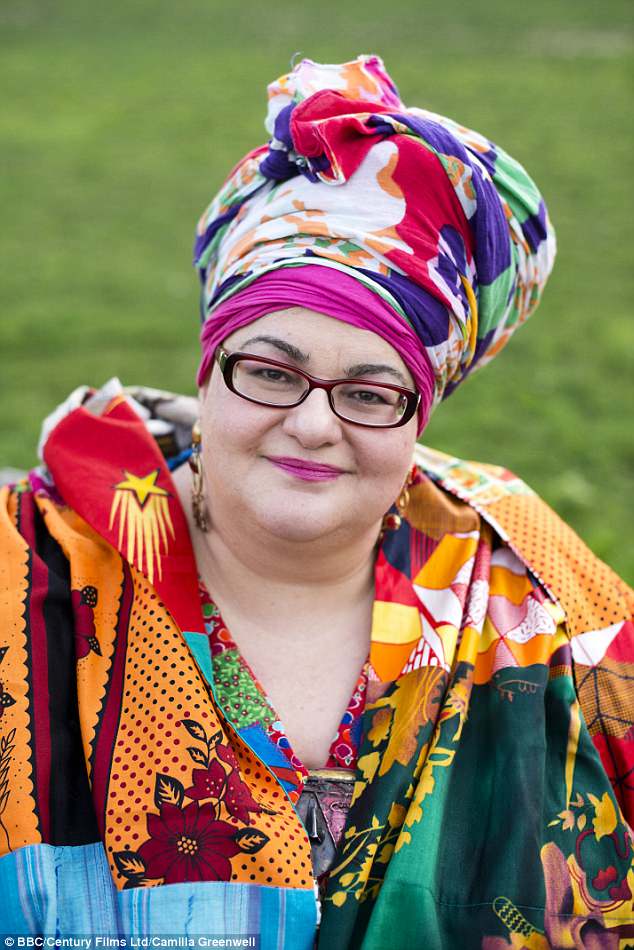 Camila Batmanghelidjh (pictured) admitted to ‘bending the law slightly’ while running Kids Company, which was closed amid accusations of mismanagement

Speaking at a Saatchi Gallery party in Chelsea, Sophie, who has two children with Lord Freddie, alleges: ‘It’s always women [who are targeted] and she was a bit foreign, and [so] they destroyed her.

‘I don’t think the Government liked her coming in, telling them how to run the child welfare system, because she was a woman.’

Referring to the safe havens Camila established, Sophie says they are still needed: ‘Because people in Britain are s**t at looking after their children.’

The ice-blue dress with crystals and sequins looks incredibly similar to one Princess Diana wore to a Christie’s reception two months before her death in 1997.

Walker, one of Diana’s favourite designers, died of breast cancer in 2010 aged 65.

The new dress was created by her widower, Said Cyrus, who was responsible for the beading on Diana’s frock.

A spokesman tells me: ‘Princess Diana wore a similar dress in 1997, but the detailing was slightly different.’

Not known as a bookworm, James Hewitt was a most surprising visitor to the Hay Festival.

Is the old cad plotting another literary venture? The former Household Cavalry officer, 60, broke Princess Diana’s heart when he betrayed her by co-operating with author Anna Pasternak on 1994 book Princess In Love, which revealed their five-year affair.

Sporting a Panama hat, he was at Hay with the same mystery blonde with whom he was pictured near his home in Exeter last week.

A fellow festival-goer reports of the pair: ‘They were strolling arm in arm when they weren’t kissing and cuddling.’

Baby on board! Danes dresses down for a stroll

When it comes to Anglo-American marriages, Homeland star Claire Danes got there years before Meghan Markle.

She tied the knot with dashing Staffordshire-born actor Hugh Dancy, 42, in 2009, and is now expecting their second child.

Relaxed in animal-print leggings and a black vest, the actress, 39, shunned make-up for a walk with Oxford graduate Hugh near their home in New York.

The picture could provoke bitter memories for American actress Mary-Louise Parker, 53. She was heavily pregnant when her partner, Billy Crudup, 49, left her for Claire in 2003. 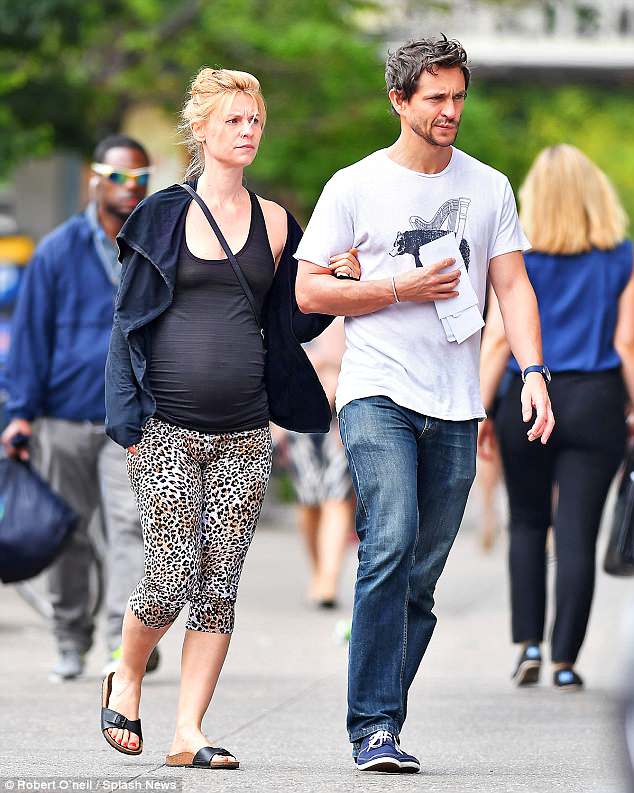 Power dress? Not for me, says Kirsty

Newsnight presenter Kirsty Wark, who raised eyebrows when she appeared on screen in a pair of tracksuit bottoms a couple of years ago, declares that power dressing for ambitious women is over.

‘Gone are the days when you used to wear Armani shoulders,’ says the 63-year-old Scot. ‘It was kind of a shield of armour, but I don’t have to do that any more.’

She explains: ‘It’s partly because life is no longer like that and also because I think women are more comfortable. On Newsnight, what you’re trying to do is look modern.’

You can’t get more ‘modern’ than her fellow anchor, Evan Davis, who eschews a tie, has a tattoo and is known as ‘Tinsel T***’ because of his alleged nipple rings.

She declares: ‘I do get angry with people who patronise me. When someone says: ‘You all right, darling?’, I get very uppity and say: ‘I am not your darling — I have only just met you.’

The 85-year-old widow of Morse star John Thaw adds: ‘I don’t like it when people I don’t know ring me up and call me by my Christian name. It is not respectful — and that irritates me.’