Prince Harry’s wedding to Suits actress Meghan Markle is generating huge excitement around the world, but as Windsor gets ready for the TV event of the years, concerns have been raised over the cost.

According to some estimates the bill is between £24m-£30million – and the taxpayer is footing it.

Prince William’s wedding to the Duchess of Cambridge in April 2011 cost the Metropolitan police about £7.2m, a Freedom of Information request showed.

With other security and preparations the total bill is believed to be around £20million. 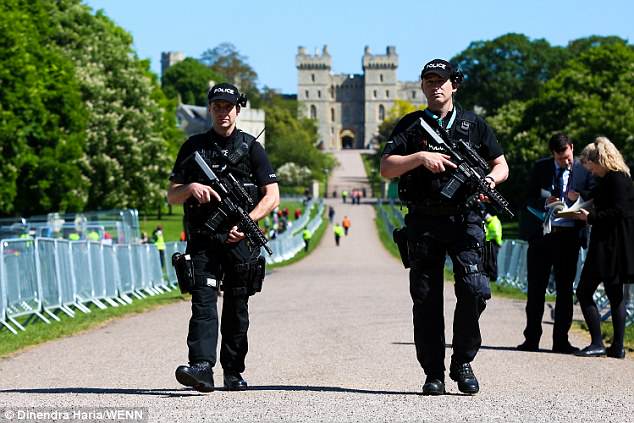 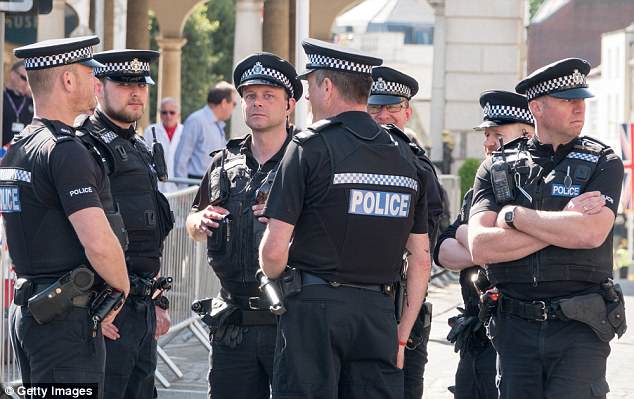 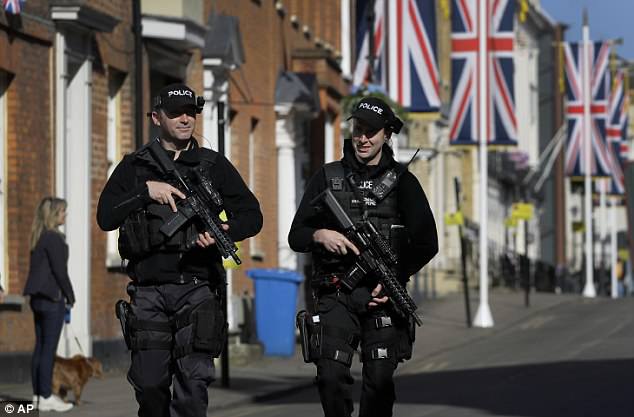 Hundreds of armed officers are expected to descend on Windsor this weekend as an estimated 100,000 arrive to catch a glimpse of the royals

However, Harry’s big day is believed to be costing much more.

Wedding planning service Bridebook told The Independent it could cost as much as £32m to ensure the event remains safe.

The amount is more than double the security needed for the 1981 wedding between Prince Charles and Diana Spencer which was estimated to have cost £4m – which equates to around £12m today.

Extra police from around Britain are being called upon to help ensure the event goes off without a hitch, as crowds will fill Windsor to catch a glimpse of the royals.

Thames Valley Police are preparing for around 100,000 spectators.

That will make it one of the force’s largest ever security operations, which will require reinforcements from other forces.

Since Prince William’s wedding the UK has experienced a surge in terror threats, meaning the cost of Harry’s nuptials outside of the city will be much higher.

The couple’s decision to invite more than 2,000 members of the public to attend celebrations at Windsor Castle has also increased security costs. 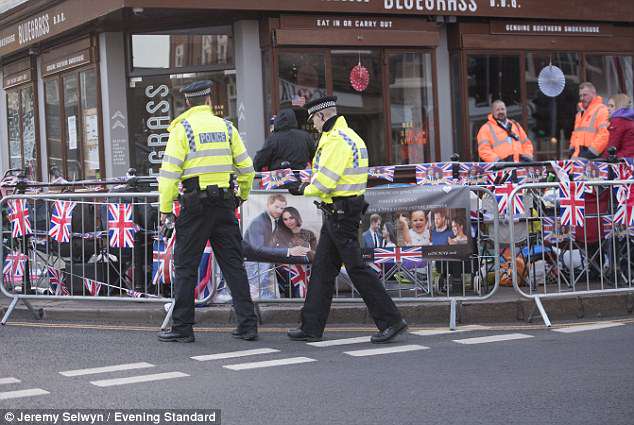 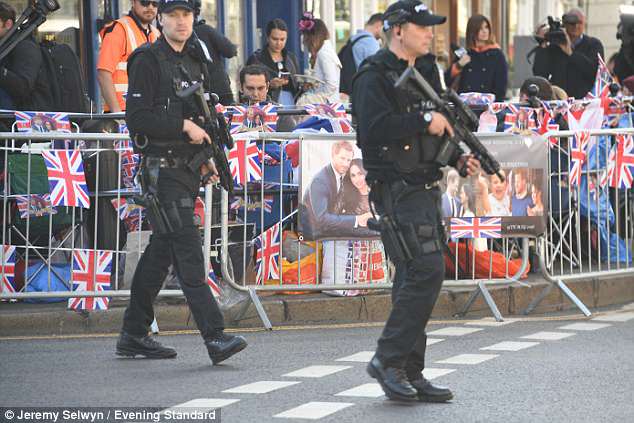 The police will patrol the streets all weekend as fans gather in Windsor for the royal wedding. Prince Harry will wed Meghan Markle in St George’s Chapel 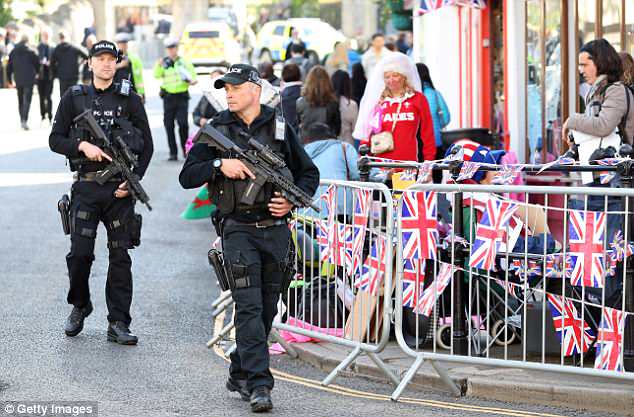 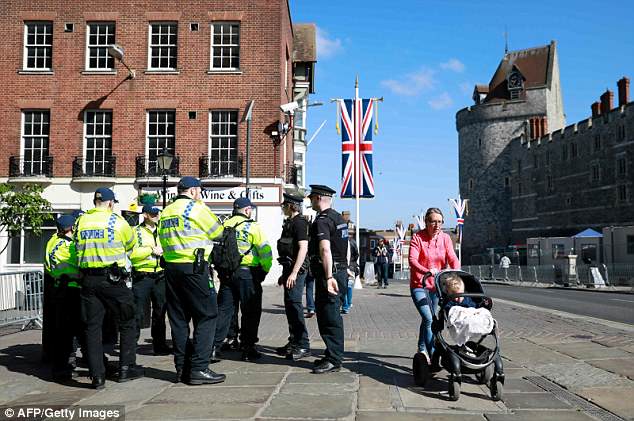 A police briefing takes place on the streets of Windsor as the huge security mission gets underway. Armed police will be stationed for miles around the event

The entire bill is not being caught by the public, however, since the Queen revealed said she and the rest of the royal family will pay for the traditional wedding costs like the ceremony, flowers, music and the reception – but security is likely to be paid for by the taxpayer.

Cash can also be drawn from the public purse.

Duncan Simpson, policy analyst at the TaxPayers’ Alliance told The Independent efforts should be being made to keep the cost low, while ensuring it is safe. 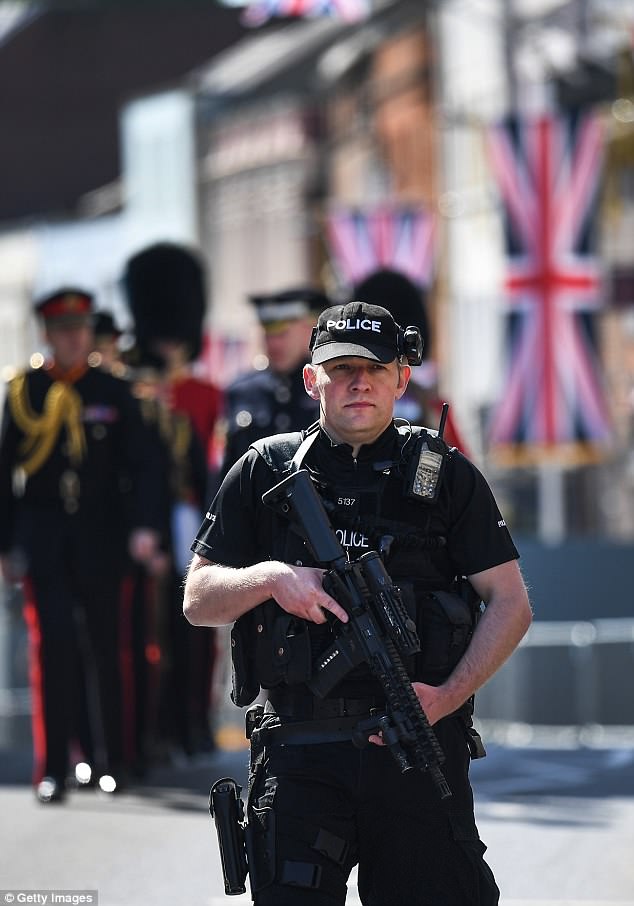 The heightened terror threat has caused the cost of security to surge. The Royal wedding will be police by hundreds of officers, private security and trained snipers

He said: “The Royal Wedding is an exciting moment in the UK. Whilst the couple and those out for the day in Windsor should feel safe with the public festivities, all efforts should be made to ensure that the costs of security are kept to a minimum.”

While many royal fans will argue the money will be made back in tourism, doubt has been cast on the argument. 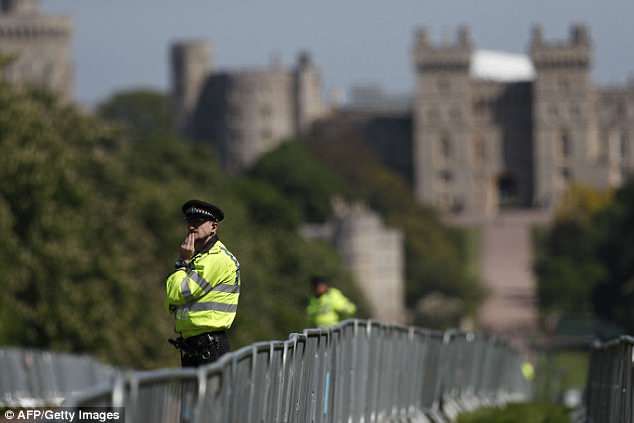 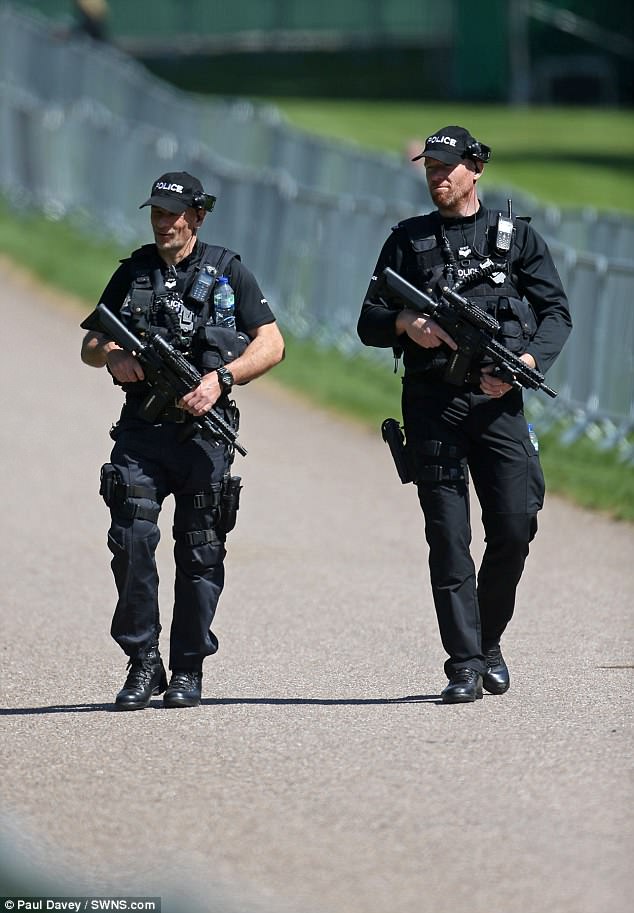 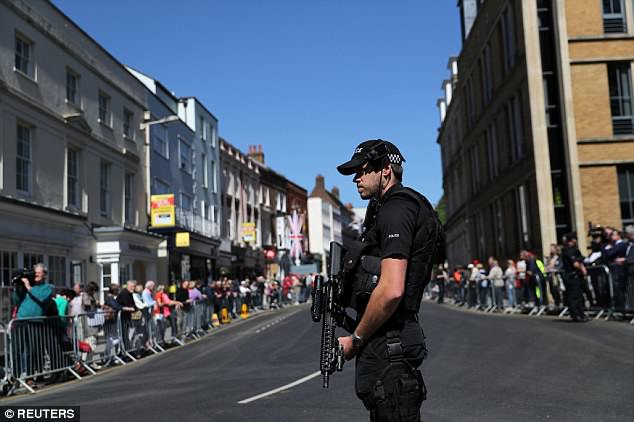 An estimated 100,000 spectators will line the streets on Saturday, May 19, as Prince Harry gets married to Suits star Meghan Markle

The UK’s national tourism agency Visit Britain said the country experienced a 7% increase in visitors between April and June 2011 compared to the previous year, but the good news does not appear to have hit the economy.

Figures from the Office for National Statistics (ONS) show the combination of an extra bank holiday and the warmest April for 100 years contributed to a slight dip in economic activity.

This included a 1.2% fall in output in service industries, a 1.4% drop in manufacturing production and a 1.6% fall in the index of production compared with the previous month.