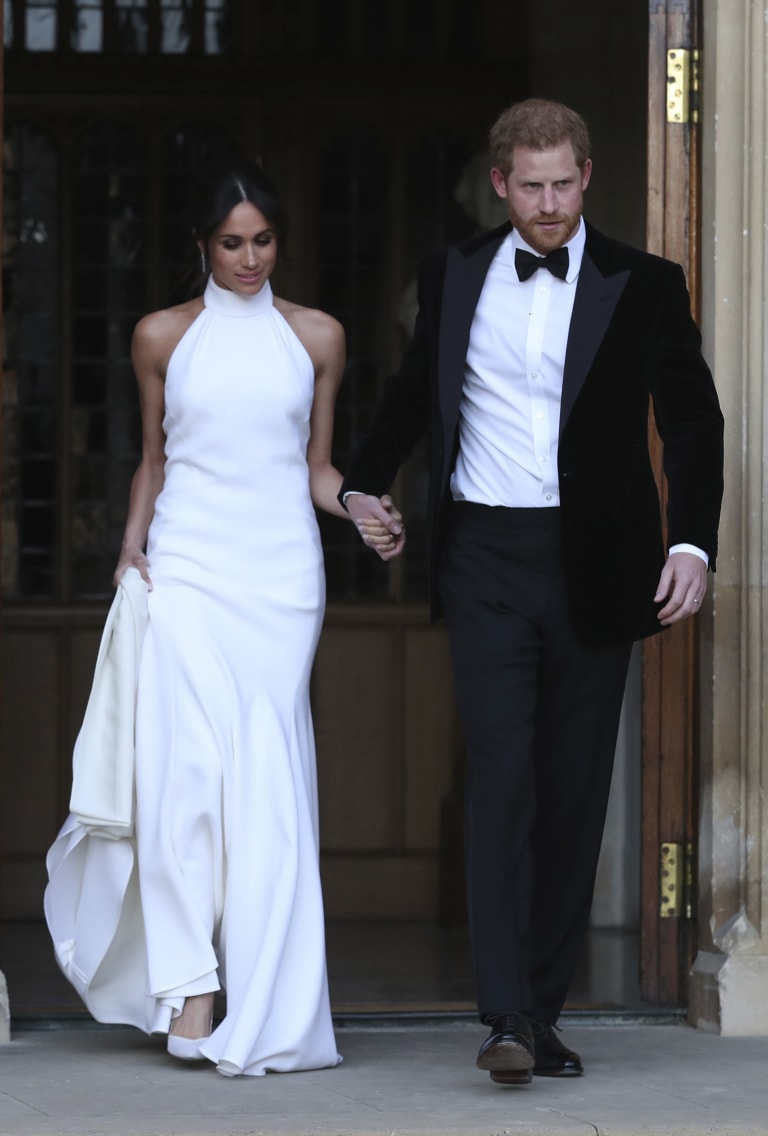 The Duke and Duchess of Sussex, in new outfits, leave their lunch reception .

People were moved to tears at a reception in Windsor Castle following the Duke and Duchess of Sussex’s wedding.

Guest Suhani Jalota, the founder of the India-based Myna Mahila charity, said the speeches given by Prince Harry and his father, the Prince of Wales, were touching.

‘‘Some people were even crying. I think it was just a very, really nice atmosphere to be in where everybody felt really loved,’’ she said.

She said the speeches focused on how Harry was as a child and growing up.

‘‘And now just about the couple and how beautiful they are together.’’

Of Harry’s speech she added: ‘‘He was talking about his wife and you know everybody was clapping because it was the first time he was using that term for Meghan so it was really nice.’’

People magazine reported Prince Charles gave a heartfelt speech. “He ended it calling him, ‘My darling old Harry, I’m so happy for you,’' a guest said.

The Duchess of Sussex emerged from the reception in a "lily white high neck gown made of silk crepe" by Stella McCartney and an aquamarine ring that once belonged to Princess Diana.

The Duchess wore shoes from Aquazurra made in silky satin, with nude mesh, with soles painted in baby blue. Meghan’s hair was in a relaxed up do, styled by George Northwood, and she tucked loose strands behind her ears amid the breeze as they headed to Frogmore House.

The Duke and Duchess both had big smiles as Harry opened the car door for his bride. The silver blue Jaguar E-Type Concept Zero was originally manufactured in 1968 and now runs on electricity. The car’s number plate bore the date of the wedding – E190518. 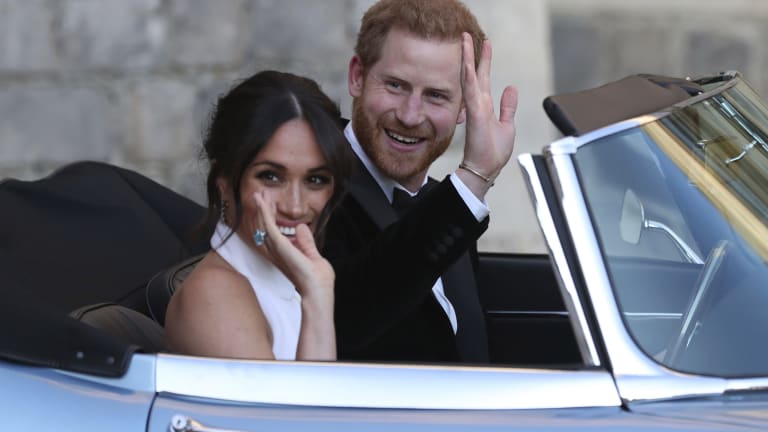 The Duke and Duchess leave for their evening reception.

Only 200 guests were invited to the evening reception, hosted by Harry’s father, Prince Charles. It followed the larger lunchtime reception hosted by the Queen, Harry’s grandmother.

Guests invited to Frogmore House, a royal estate in Windsor Home Park, were given a few hours after the lunch to rest and change outfits. Markle had planned to make a speech at the evening event. The streets of Windsor remain thronged with members of the public celebrating the royal wedding.

Sir Elton John gave a ‘‘mini-concert’’ at the lunch reception, after Prince Harry asked him to perform at the reception hosted by the Queen.

‘‘He was incredible. It became like a mini-concert in the reception area. It was great,'' Ms Jalota said. But she said she was not sure which songs the star sang.

The reception also include the cutting of the wedding cake, designed by Claire Ptak. The cake featured an elderflower-flavoured light sponge cake uniquely formulated for the couple. A filling made from Amalfi lemon curd and elderflower buttercream ties all the elements together.

A smaller evening reception, hosted by the Prince of Wales, will be held at Frogmore House.

The event will be a private affair, allowing the guests to relax and celebrate with the happy couple.

Frogmore House, a 17th century English country house, stands in the home park of Windsor Castle and is part of the Crown Estate. 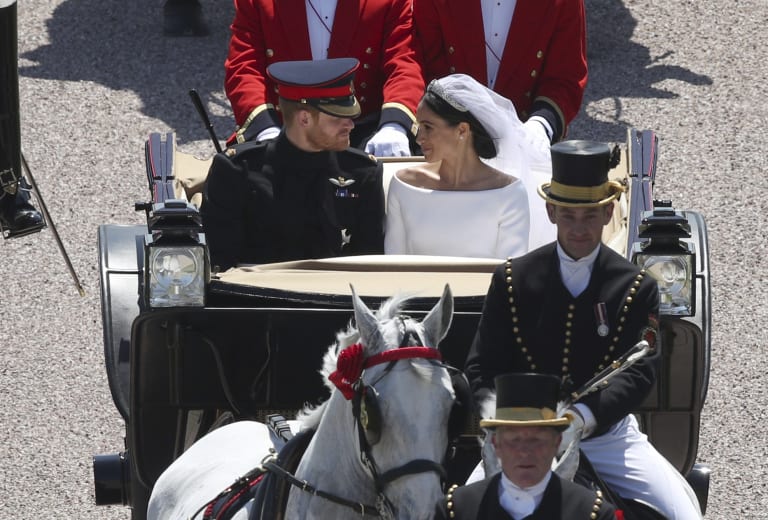