The royals might have to skip next year’s appearance on the Buckingham Palace balcony, it was revealed yesterday.

Building works could prevent them gathering for the annual spectacle at which the Duchess of Sussex made her debut earlier this month.

By next June, the ornate Centre Room which leads out to the famous balcony could be impassable thanks to renovation works.

The entire East Wing is the first section to undergo a makeover in the long-planned refurbishment of the palace, which will take ten years and cost the public £369million. 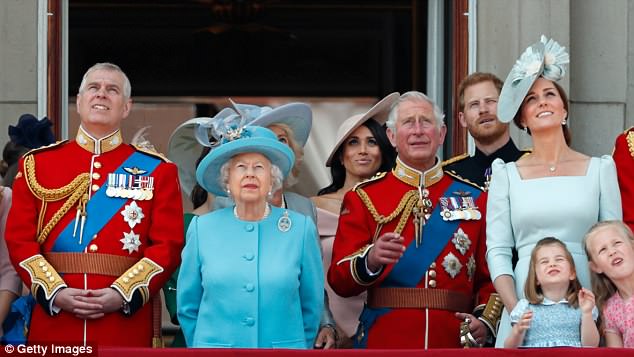 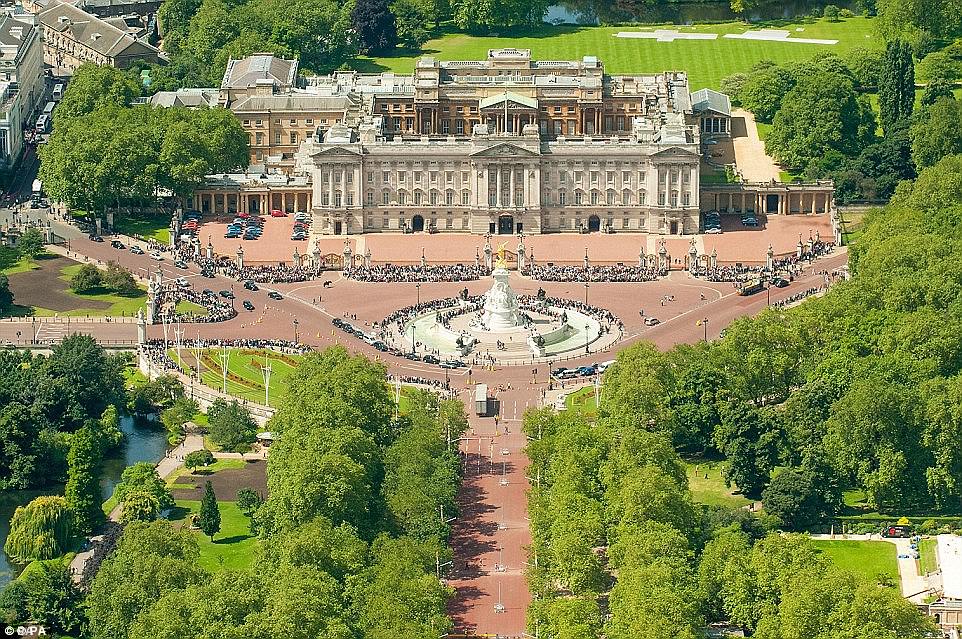 The £369million renovations will be paid for by an increase to the Sovereign Grant, which in 2016 came to £42million 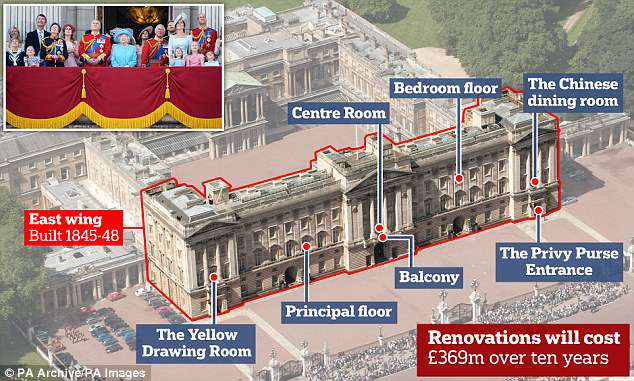 10,000 items are under the care of the Royal Collection, which has launched a massive operation to find them all temporary homes

Yesterday officials said an incredible 10,000 precious artworks would have to be removed before the builders arrive in April.

Some of the paintings, vases, tapestries and antiques will be loaned to galleries and museums around the country and the world.

But others will be placed into commercial storage during the duration of the works.

All 10,000 items are under the care of the Royal Collection, which has launched a massive operation to find them all temporary homes.

The Chinese Dining Room, Yellow Drawing Room and lavish bedrooms used during state visits will all be pulled apart during the renovations – the biggest works at the palace since the aftermath of the Second World War.

Leaky water pipes and dangerous old wiring behind the walls and beneath the floors all need fixing. Some 10 miles of pipes, 6,500 electrical sockets and 152 antique toilets will be replaced.

The Duke of York’s private apartment will be affected by the works and he will have to move elsewhere in the palace. The Princess Royal, who also lives there, already has a second apartment at nearby St James’s Palace.

Yesterday a senior courtier said it was hoped the works would not prevent the royals accessing the balcony for Trooping of the Colour next year, but admitted there was a doubt, saying: ‘It will be assessed. It needs to be safe.’ Another aide said: ‘We will be able to provide more details in the autumn, but the expectation is that it will be very much business as usual.’ He added the works were internal and there would not be any scaffolding on the outside of Buckingham Palace.

Pictured: This graphic shows what important works needed to be completed at Buckingham Palace over the next decade 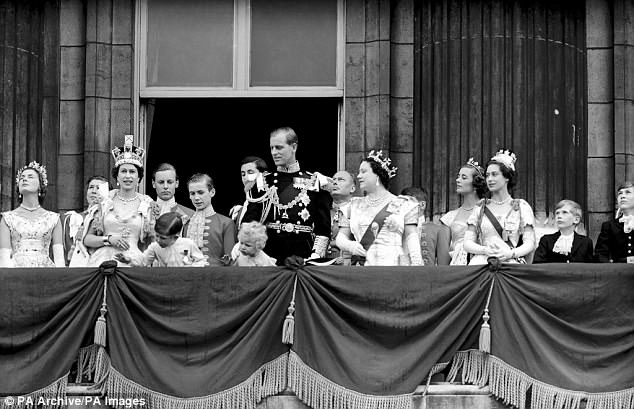 Queen Elizabeth II, Prince Charles, Princess Anne, the Duke of Edinburgh, the Queen Mother, and Princess Margaret on the balcony of Buckingham Palace to view the fly past of the Royal Air Force after the Coronation