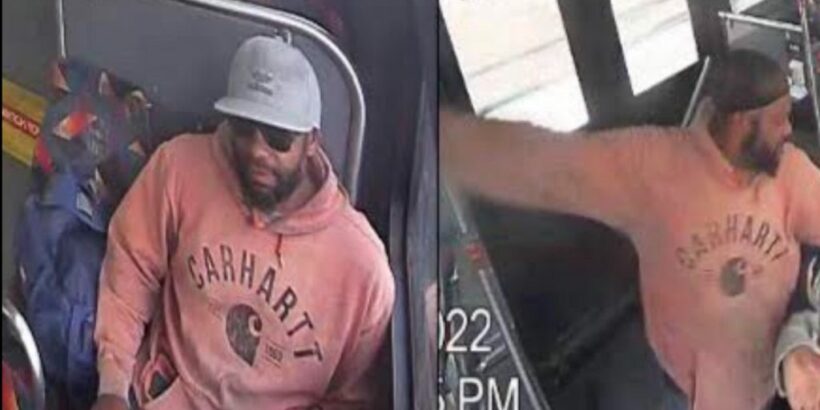 A recent knife attack on a passenger aboard a bus in central Denver played out over less than 30 seconds, according to security-camera footage released to The Denver Post by the Regional Transportation District.

But the attack’s ferocity left its victim reeling — all the more so because it appeared to be unprovoked, he told police minutes later. The 22-year-old victim, who has autism and mental disorders, suffered several stab wounds to his chest, back, neck and hands.

“It was pretty gruesome,” said the victim’s brother, adding that the memory of the attack has been traumatizing for the man. He asked not to be identified because of the family’s safety concerns. The suspect had not been arrested as of Monday.

The incident happened on RTD’s Route 15L on East Colfax Avenue just before 8 p.m. on June 30, between Ogden and Downing streets.

The stabbing was among the more violent recent crimes committed onboard RTD’s vehicles as the metro Denver transit agency has faced growing concerns about safety, violence and drug use on its system from its operators and the public. RTD’s board recently approved a revamped contract with its private security provider that includes changes the agency says will increase the visibility of officers and unarmed agents.

The Post requested RTD’s internal report and security camera footage of the June 30 incident. Last week, RTD provided recordings taken from two cameras, though only one captured the incident up close.

That video shows the assailant, sitting alone near the back door of an extended accordion-style bus, for several minutes before the attack. He handles a large knife that was stored in the front pocket of his pink-hued hoodie, taking it in and out of a sheath.

He then talks on the phone for about a minute. With the phone still at his ear, he appears to grow agitated and shouts forward, in the general direction of the victim, who’s out of the frame. It’s unclear what he says, since the video recording doesn’t include sound.

The victim’s brother said he was taking the bus home from a taekwondo class across town. He is bipolar and deals with schizophrenia, and sometimes he makes facial expressions that are prone to misinterpretation, his brother said.

Before the attack, his brother said, the suspect “asked him what he was looking at, and my brother said he wasn’t looking at anything. And he just got up and violently attacked him.”

In the video, the man stands up, holding the phone to his ear with his left hand and the unsheathed knife with his right. He lunges toward the victim, moving out of the video’s frame. Both men soon reenter the frame as the attacker stabs the victim several more times in the torso.

As the driver brings the bus to a stop, a bystander rushes to intervene. The rear doors of the bus open, and all three step onto the street. After retrieving his knife from the ground, the attacker flees on foot.

After it’s over, several splotches of blood are visible on the floor of the bus, some of them smeared by footprints.

For several minutes, a separate audio system recording provided by RTD — captured from a microphone at the front of the bus — captures the victim’s cries of pain on the curb outside as other people comfort him. Police and security officers ask him about the attack, which the driver initially perceived to be a fight.

“You know, I didn’t say anything,” the victim tells an officer as they wait for an ambulance. “I didn’t do nothing.”

He spent at least six days in the hospital, his brother said Monday, with a punctured lung, broken ribs and a need for two blood transfusions. But what he’s most heartbroken about, his brother said, is losing all his taekwondo gear in the incident.

The Denver Police Department said Monday that the case still was under investigation.

Metro Denver Crime Stoppers released stills of the suspect from the security video and is seeking help identifying him; call 720-913-7867 (STOP). It’s offering a reward of up to $2,000.

Colfax’s 15 and 15L routes make up RTD’s highest-ridership corridor and account for a significant share of safety incidents against drivers and passengers. Route 15, which makes more frequent stops, was the focus of a dramatic report last month in The Washington Post.

Asked whether its security approach on the corridor is sufficient, RTD provided a statement that cited the use of “impact teams” in recent months on bus routes and rail lines as one way its transit police force is getting more strategic.

“Following a data-driven approach based on crime analysis allows for security personnel to be deployed in the areas of greatest need,” spokeswoman Laurie Huff wrote in an email. “Further, the agency is in the process of upgrading its onboard bus cameras to allow for live look-in capabilities, which will provide additional tools to enhance RTD’s security deployment and monitoring capabilities.”