Well, they say marriage is a marathon! Runner pops the question on the finish line after completing 26-mile London race with the ring in his back pocket

An exhausted London Marathon runner surprised his girlfriend by proposing to her on the finish line in front of hundreds of people.

Gareth Bennett, 24, from Wrexham, Wales, popped the question to his girlfriend, Katie, 25, after running the whole marathon with a ring in his pocket.

Footage shows Gareth holding Katie’s hand as he gets down on one knee and presents her with the ring on the finish line in the Mall, London. 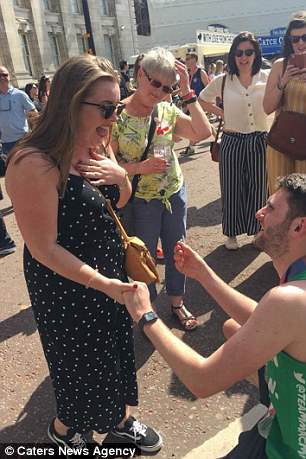 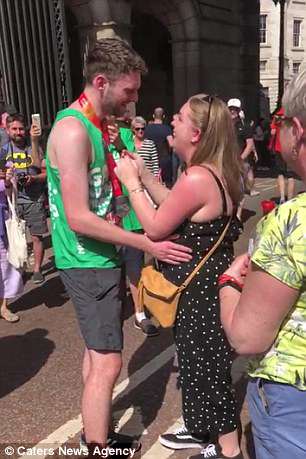 A marathon runner, Gareth Bennett, proposed to his girlfriend Katie after finishing the London Marathon

Katie, a nurse who Gareth met at Bangor University six years ago, looks completely shocked and asks her partner: ‘What are you doing?’

It doesn’t take long before she shouts ‘Oh my god yes’ and hugs Gareth as they both become tearful and the growing audience begins to cheer.

Talking after, Gareth said: ‘I wanted all my family to be there and it was just the perfect time.

‘I was nervous as I obviously couldn’t talk to Katie about it, she thought I was stressing a lot about the marathon. 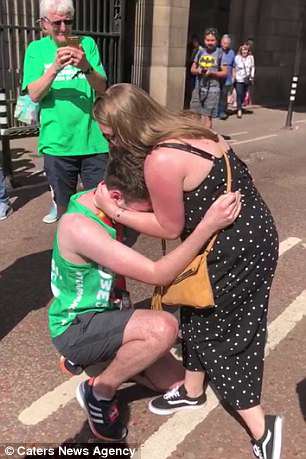 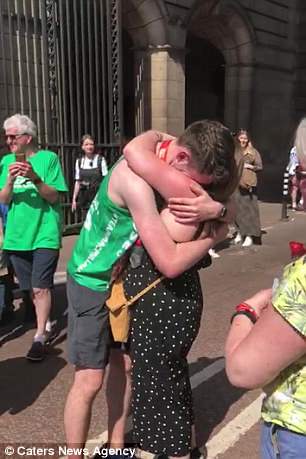 ‘The ring was in my back pocket in a little bag. I kept checking it was there as I didn’t want to lose it.

‘We had to make sure Katie was there at the end and they had brought a bottle of champagne with them which was hidden by Katie’s dad in his bag.

‘I was so happy. Emotionally I was a mess and was staggering to talk due to heat exhaustion and dehydration.’

Gareth finished the marathon in four hours and ten minutes and started running last April to prepare for the big day. 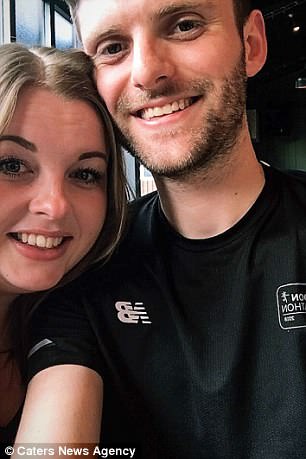 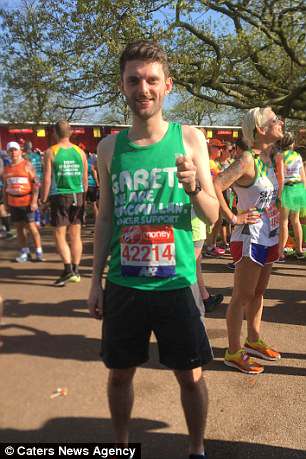