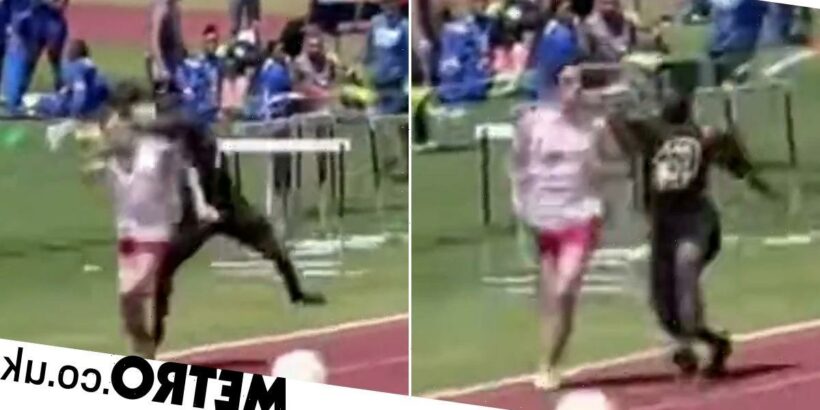 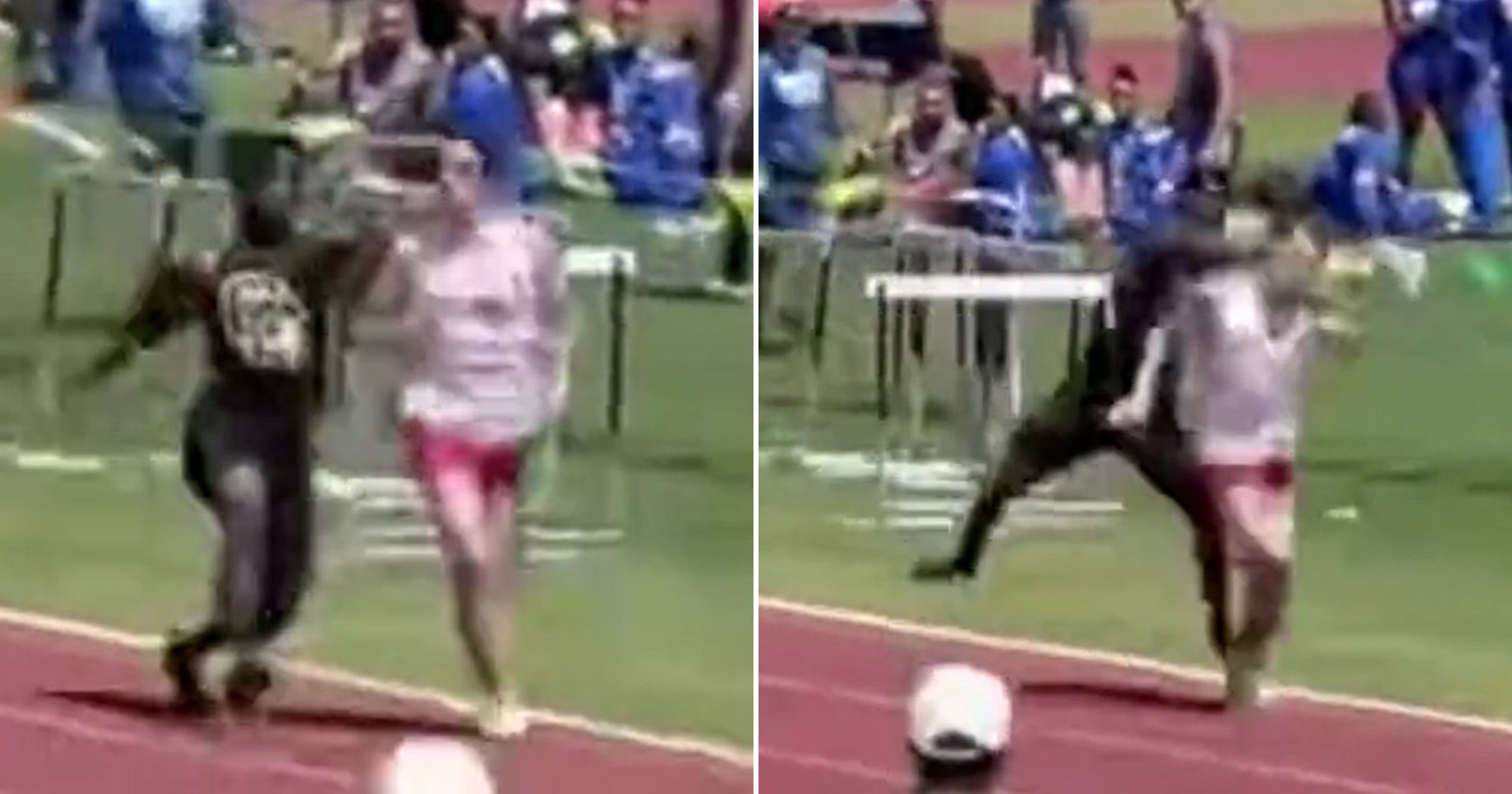 Chaos erupted at an American high school track race when a runner was sucker-punched to the ground by a rival on Saturday.

The altercation is believed to have happened when the lead runner in the 1,600m race told a spectator standing on the track to get out of the way.

Instead of moving aside, the athlete deliberately tried to obstruct the runner on his next lap around the track, prompting the runner to push him over.

Footage appears to show the athlete then chasing him down and punching him in the head in retaliation.

The runner fell to the ground in a heap as spectators at the Tohopekaliga Tiger Invitational in Kissimmee, Florida, could be heard crying out in shock.

One could be heard repeatedly shouting: ‘Are you f***ing kidding me?’

After regained his footing the victim eventually started running again and finished the race in last place.

The event sees athletes from 27 schools across the state competing in various events.

Police were called over the incident but it was not clear if any charges have been filed, according to TMZ.

The host school said the incident did not involve any students from its surrounding county.

The incident caused a stir in the typically low-octane world of junior track racing, with one North American running magazine seeing fit to quip: ‘Chris Rock wasn’t the only victim of a stealth assault over the weekend.’