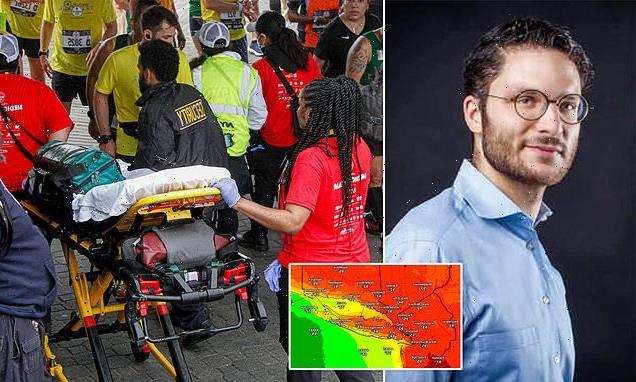 PICTURED: Relationship therapist, 32, who collapsed and died after finishing Brooklyn Half Marathon in sweltering heat and 83% humidity – as cops ask if race should have been canceled

The runner who collapsed after crossing the finish line at the Brooklyn Half Marathon during a heat wave on Saturday has been identified.

David Reichman, 32, collapsed on the boardwalk at Ocean Parkway at Brighton Beach Avenue in Coney Island about 9:30 a.m., two and a half hours after the race started.

The Brooklyn resident was rushed to Coney Island Hospital where he was pronounced dead after suffering from possible cardiac arrest.

The medical examiner is yet to determine the cause of death. It came as temperatures in New York soared from below 60F at dawn to nearly 80 degrees by morning, and reached 90 by the afternoon.

The tragedy has led to questions over whether the race should have been postponed given the sweltering temperatures. 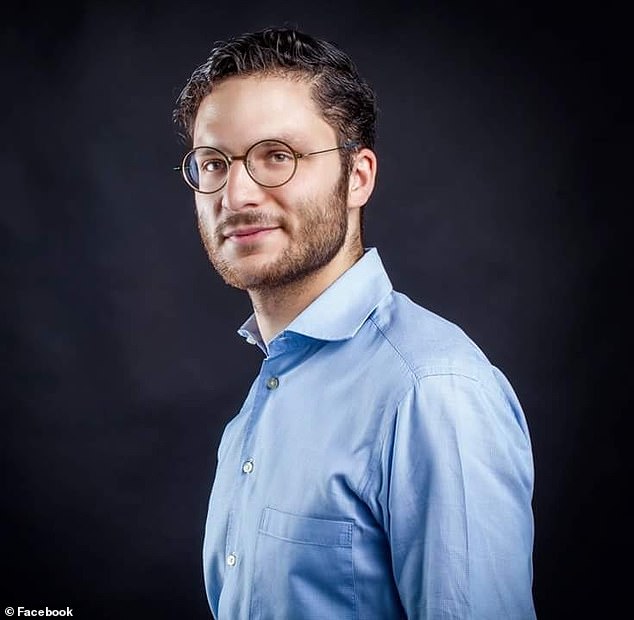 David Reichman, 32, collapsed at the finish line on the Coney Island boardwalk during the Brooklyn Half Marathon Saturday amid sweltering temperatures 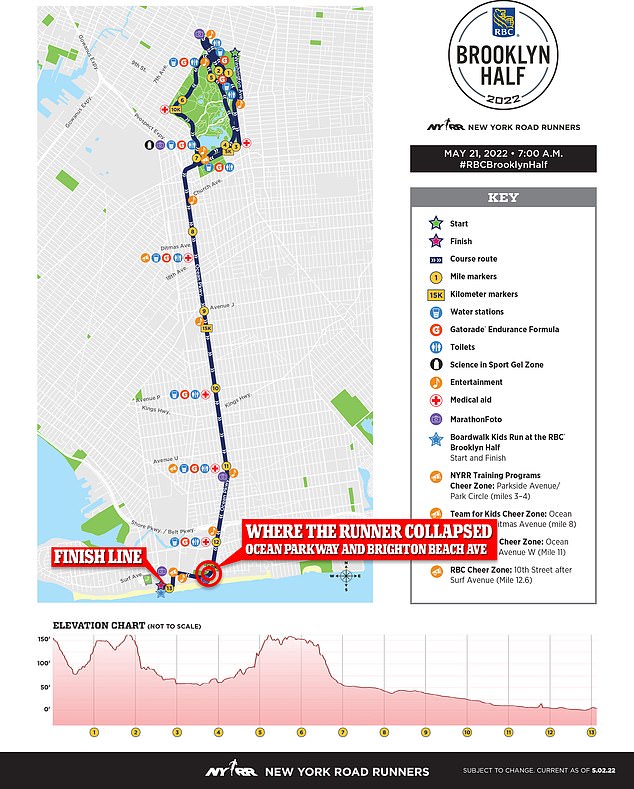 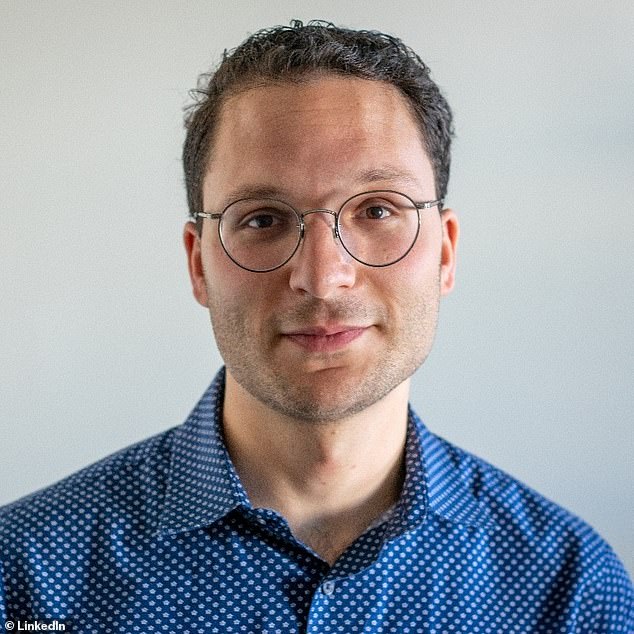 Reichman, a graduate of the NYU Silver School of Social Work, was a licensed master social worker at a practice in Brooklyn

Sixteen people who participated in the 13.1 mile race were taken to a hospital, according to the FDNY.

Reichman, a graduate of the NYU Silver School of Social Work who is also fluent in Yiddish, most recently was a licensed master social worker at a practice in Brooklyn, according to his bio on the firm’s page.

‘Therapy is often a difficult and painful process of self-discovery,’ his bio read. ‘It is most effective when conducted in a supportive and empathetic environment where you feel safe to be challenged, to explore your past and its influence on you, and to make changes in your life.’

The super at Reichman’s old Brooklyn apartment told Daily News he was still holding onto a package addressed to Reichman, who may have moved to Manhattan.

‘Very nice guy, he had a tall girlfriend,’ the super said about Reichman. ‘He moved out a few months ago.’

It was unclear what caused the runner to collapse, though a statement from the nonprofit New York Road Runners said it happened after the man finished the race.

‘Our thoughts and sympathies are with the runner’s family and those close to them,’ said spokesperson Trina Singian.

Singian said medical staff had been placed from start to finish throughout the race course.

The group also monitored weather conditions up to and during the race with city agency officials and weather experts.

Singian said the temperature ranged from the low 60s to high 70s during the race, which began at 7 a.m.

While race organizers warned participants of the heat advisory in place for New York, the first one in 16 years, it is not yet clear if the heat led to the death and injuries. 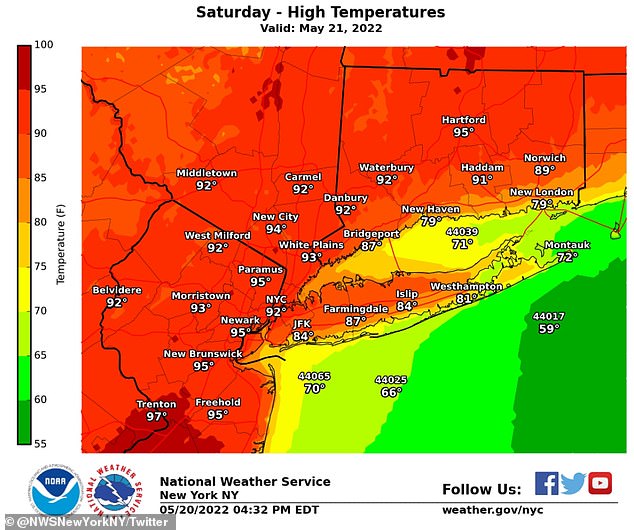 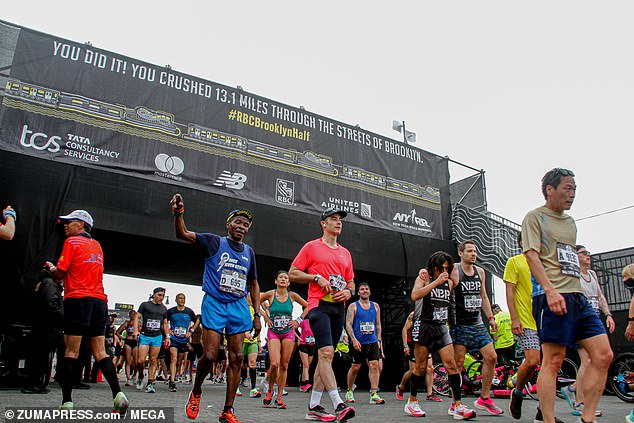 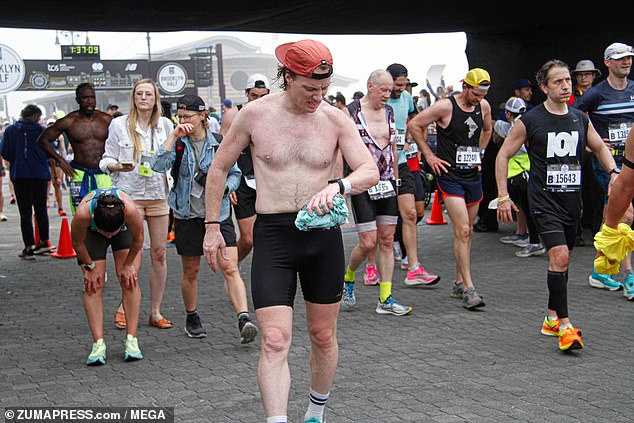 Sixteen people who participated in the 13.1 mile race were taken to a hospital

The New York Road Runners said: ‘We are deeply saddened by the passing of a participant following the 2022 RBC Brooklyn Half.’

It continued: ‘Our thoughts and sympathies are with the runner’s family and those close to them.

‘The male runner… collapsed after finishing the race. He was immediately attended to by on-site medical staff and then transported to Coney Island Hospital.

‘NYRR has medical staff placed from start to finish throughout the race course, who are ready to respond immediately to the medical needs of all runners, spectators, volunteers and staff.

‘The health and safety of our runners, volunteers, partners, and staff remain the top priority for NYRR.

‘In coordination and consultation with city agency partners and weather experts, NYRR was closely monitoring weather conditions leading up to and during the race. Throughout the race, temperatures ranged from the low 60s to high 70s.’

A police source told the New York Post: ‘Maybe an organizer or health official should have called it’ off due to the heat.

The death at the Brooklyn Half Marathon was the first time since 2014 where a participant in a half-marathon died in the city. 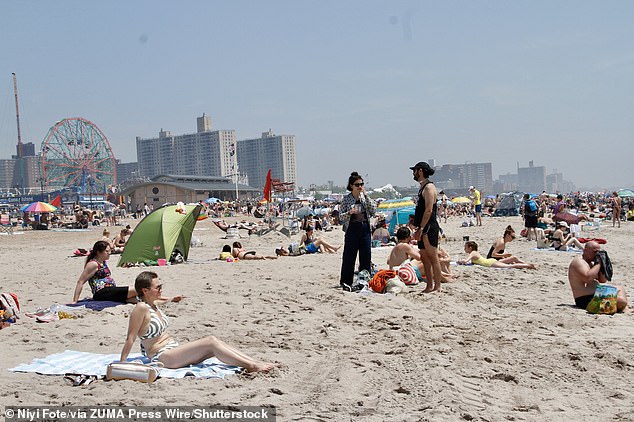 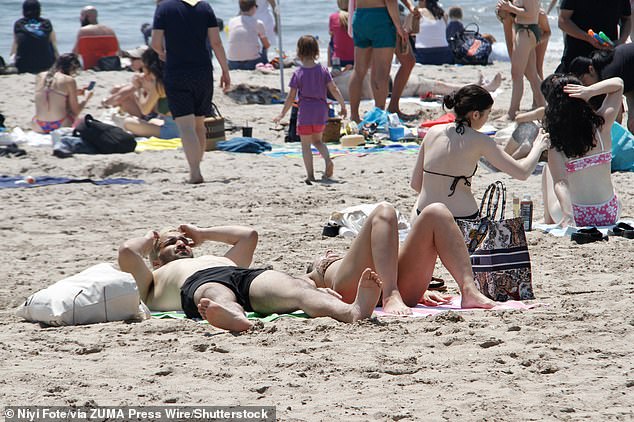 But New Yorkers ignored the Mayor and just miles away from the finish line beachgoers were captured catching some rays at Coney Island Beach.

Coney Island also hosted the Kid’s Boardwalk Run on Saturday morning and the beach’s amusement park Luna Park and the aquarium were open as well.

The beach was packed with families sitting in the sand tanning and others looking for an escape from the heat and dipping in the water despite city officials begging New Yorkers to avoid the water for at least another week when lifeguards are officially on duty.

Officials also warned of dangerous riptides caused by predicted storms as well as the water still being below 70 degrees which can lead to hypothermia, CBS News reported.

But the heat is not expected to last long, with forecasters saying a second round of storms will offer some relief from the summer-like heat and have temperatures returning back to normal by Monday, Accuweather reported.

On Sunday afternoon parts of the Northeast, including New York, can expect thunder storms and heavy rain.