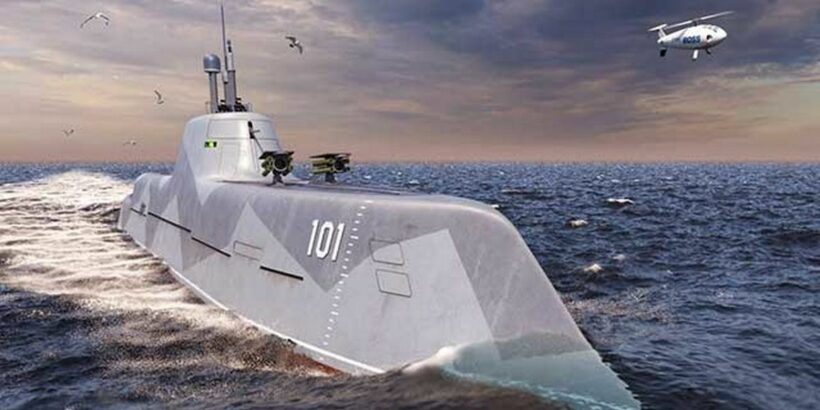 Russia has begun working on a massive submarine that it says could sneak out of radar detection.

Plans to build the 72-metre (236 feet) long Strazh 2.0 sub with a displacement of 1,300 tons were announced this week by the state-owned Rubin Design Bureau firm, reports The Mirror.

It is designed to be multi-functional to keep costs down in light of spending cuts to the nation's military budget follwoing the economic effects of Covid.

The sub will be based on another version of the Guardian submarine that the firm are already working on.

Early data reportedly suggests that the underwater craft will be able to reach a speed of 21 knots, which is achieved by installing a huge power plant and working to reduce resistance when it is in the surface position.

The firm claimed that the Strazh 2.0 will be able to dip out of radar detection thanks to its shape, saying: “The new contours with the wave-cutting forward bow and sloping sides reduce rolling motion, increase the ship’s steadiness as a weapons platform and cut radar signature.

“Additionally, the ship can be used for conducting drills with anti-submarine forces and training the crews of classical submarines. The ship has an operational range of 4,000 nautical miles at a speed of 10 knots, which can be increased, if necessary.”

The firm also shared that the sub is capable of patrolling Russia's coastal territories, and could quickly be put into combat mode if a conflict arises.

It is unclear yet what stage the submarine prototype is at, and no timeline has been revealed.

The new plans come as tensions continue mount over a possible imminent invasion of Ukraine by Russian military forces.

Long-standing President Vladmir Putin insisted yesterday (Tuesday 15) that he "doesn't want war in Europe" after the United States and UK both instructed their citizens to leave Ukraine over the threat of the Russian army entering the region.