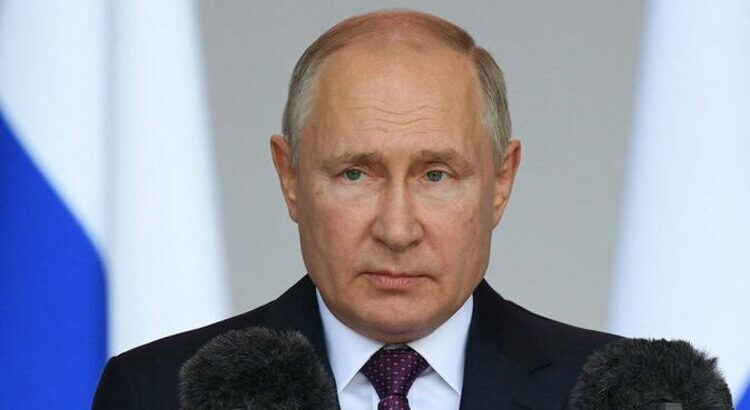 Ukrainian President Volodymyr Zelensky has warned today that if his country falls, the Baltic states could be next. He called on the West to increase military aid to Ukraine, saying Russia would advance on the rest of Europe otherwise. He said: “If you do not have the power to close the skies, then give me planes! “If we are no more then — God forbid — Latvia, Lithuania, Estonia will be next. Believe me.”

President Zelensky’s warning will concern other leaders in Europe, but he isn’t the first to suggest this could happen.

Faith Hillis, professor of Russian history at the University of Chicago and the author of Children of Rus, a book about the emergence of Russian national identity, warned in January that Russian President Vladimir Putin could set his sights on other states.

She told the Times: “If Russia once ruled Poland, the Baltics and Finland, why not invade them too?

“The important thing to understand is that his use of history is purely instrumental, aiming to justify the deprivation of Ukraine’s sovereignty by force.”

The Baltic states – Lithuania, Latvia and Estonia – are all members of NATO.

This means they are protected by Article 5 – this guarantees that if a NATO Ally is the victim of an armed attack, each and every other member of the Alliance will consider this and act of violence against all members and will take the actions it deems necessary to assist.

Foreign Secretary Liz Truss warned today that a Russian attack on the Baltic states would mean a war in Europe.

Speaking at a press conference in Lithuania, Ms Truss said the UK and its allies need “to do more… to contain this aggression”.

She added: “The UK’s commitment to the Baltics and to Article 5 are unyielding.

“We are reinforcing NATO’s eastern flank and supporting European security through the UK-led Joint Expeditionary Force.

“We are here in the Baltic region. We lead and have doubled our enhanced forward presence in Estonia. Our allies are leading troops across the Baltics.

“At the NATO foreign ministry meeting tomorrow we will be working together to strengthen our collective defensive in light of the changed security situation across Europe.”

The Foreign Secretary echoed the comments made by Lithuanian foreign minister Gabrielius Landsbergis, who said it is vital the Baltic states move from “deterrence to defence”.

“This is why we need a change in political approach.

“We also need practical means for that and they are needed for all three Baltic states.

“So that if Putin decides to test NATO resistance in this region it would be responded to in the right way.

“It would get a political response and also a clear defensive response, if that would be needed.”

Finland and Sweden will also be concerned after comments made by Russian foreign affairs spokesperson Maria Zakharova, who warned last week that the Scandinavian countries could face “military consequences” if they try to join NATO.

Everywhere you can donate to Ukraine relief in the UK [INSIGHT]

She said: “Obviously, the accession of Finland and Sweden to NATO, which is primarily a military alliance as you well understand, would have serious military and political consequences, which would require our country to make response steps.”

Finnish Ambassador to the UK Jukka Siukosaari told Express.co.uk this week that some in Finland are “frightened” but Finns are used to threats from Moscow.

Asked if there are concerns in the country, he said: “Indeed, we have a very long border with Russia, we have a thousand years of history which has not been without conflict so we do know where we stand.

“At the same time, we know we cannot change Geography, and we have built resilience over decades.

“Our emergency preparedness is very highly ranked, but I think it’s natural that Finns are concerned, even frightened, on an individual basis.

“As a government, we do not see a direct military threat to Finland, but we do see an attack on Europe’s security order which does have an effect on us of course.”