Beirut: Russia and Israel have reportedly reached a deal that would allow Syrian forces to take rebel territory in southern Syria, as long as Iranian troops do not participate in the offensive and stay 24 kilometres back from Israeli-occupied Golan Heights. 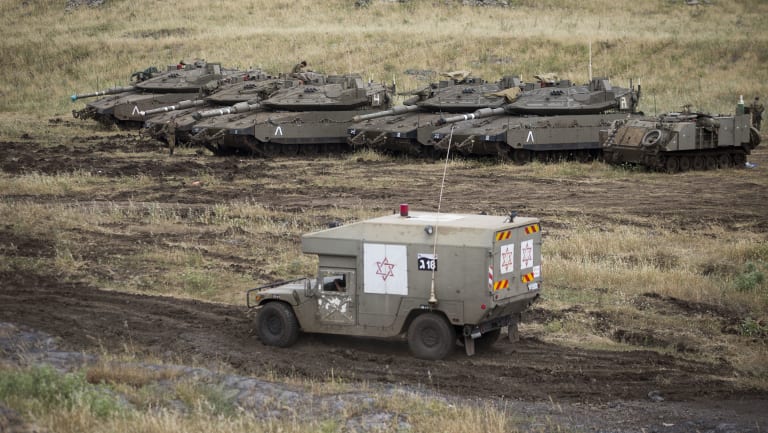 An Israeli military ambulance drives past tanks in the Israeli-controlled Golan Heights, near the border with Syria.

In return, Israel will not stand in the way of any Syrian regime offensive on the city of Deraa and other territory along the Israeli and Jordanian border.

Last month, Israel fired a volley of missiles at Iranian positions in the area and in Damascus, triggering the Syrian air defence system into action. 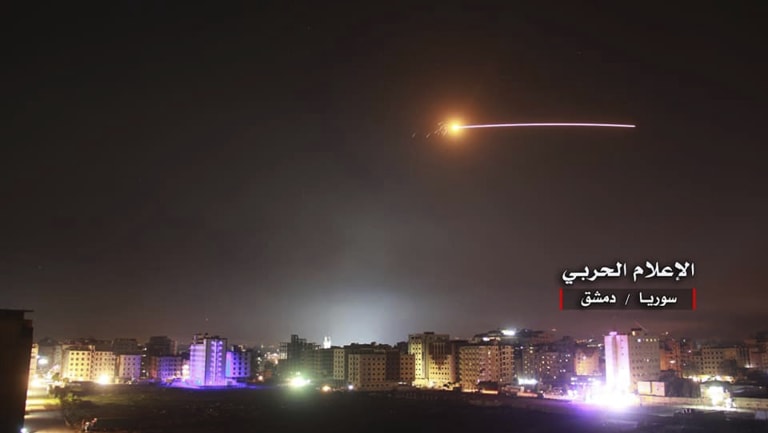 Israeli missiles hit the Syrian air defence system and other military bases, in Damascus, on May 10.

News of the deal comes as the Syrian army is said to have completed preparations for an imminent offensive against rebels in the area.

Southern Syria is of concern to the United States, which last year brokered a "de-escalation" deal with Jordan and Russia that has largely contained the war near the frontier with Israel.

The US warned it would take "firm and appropriate measures" in response to any violations of that ceasefire. Israel wants Iran-backed forces removed from areas near its border and from Syria in general.

Martin Indyk, former US ambassador to Israel and former special envoy for Israeli-Palestinian negotiations, said on Twitter Assad appeared to be offering to "get the Iranians to pull back from Golan" Heights, if Israel accepts it as Syrian.

"Assad is offering a deal with the near devil to get rid of the far devil," he wrote.

Russia said on Monday only Syrian army troops should be on the country's southern frontier.

The deal is said to have been finalised in a phone call days earlier between Israeli Defence Minister Avigdor Lieberman and his Russian counterpart Sergei Shoigu. It averts possible direct confrontation between Iran and Israel in Syria, where tensions have heightened between the foes.

At the same time, it reveals a growing rift between Moscow and Tehran, which back the same side, Assad's, in the Syrian conflict.

According to Israeli sources, Russia has grown increasingly frustrated with Iran's presence in Syria and is worried that fighting between Israel and Iran threatens its hard-fought victories.

Iran is estimated to have thousands of advisers and fighters in Syria as well as a number of bases, which have become regular targets for Israeli attacks.

Israel, which is also said to have received assurances from Moscow that it would not try to stop any future strikes on Iranian targets, is concerned about Iran and allied Hezbollah's growing arsenal on its doorstep.

Both Russia and Iran have played pivotal roles in helping reverse Assad's fortunes, and Faisal Mekdad, Syria's deputy foreign minister, last week reassured Tehran that a pullout was not up for discussion.

Deraa is an obvious next target for Assad, who has repeatedly promised to retake every inch of the country.

The only other major opposition-stronghold, in Idlib in the north-west, is fraught with complications because of the presence of Turkish troops in the area.