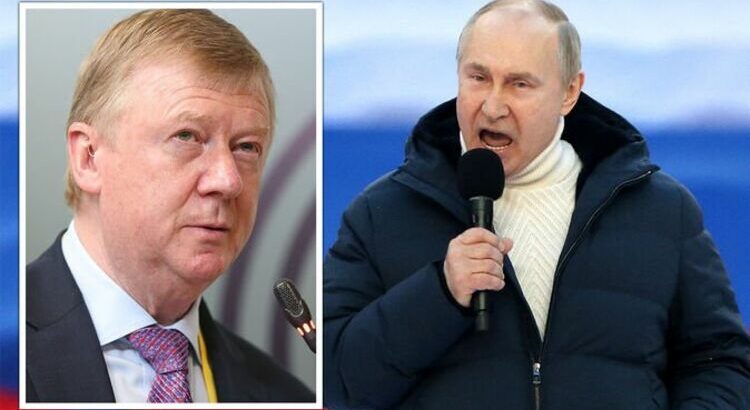 The war in Ukraine has become the bloodiest conflict of the 21st century, with thousands of people dead and injured as Putin pushes west. His “special military operation” is stagnating, now a month in, and has lost him already shaky support both in the west and at home. Unease is now spreading through senior Russian ranks, where experts have identified dissent igniting at the top.

Putin’s support network has diminished in recent weeks, with high profile resignations from within the Russian government.

He, according to Washington-based think tank the Institute for the Study of War, resigned on Thursday, March 23, and “has likely left Russia”.

The Kremlin confirmed the move when representatives announced his “dismissal” a day later, on March 24.

She was amongst the first prominent Russians to show her discomfort at the invasion early on.

Not long after Putin directed his forces over the border, she was nominated for another five-year term at the bank.

In response, she reportedly offered her resignation, which Putin rejected, leaving her in the driving seat as Russia faces its worst economic crisis since the 20th century.

The resignation and attempted resignations follow that of longtime Putin ally Gennady Timchenko on March 21.

The Russian oligarch resigned from the board of national gas producer Novatek on Monday.

He was one of several billionaires targeted by western sanctions packages, notably featuring in the EU and UK’s.

Novatek did not officially clarify why the sixth-richest Russian had left.

As officials and businessmen slip from his grasp, Putin is also losing support from state-backed media.

She cited the “totalitarian” Putin government’s invasion of Ukraine, adding that she would remain in Moscow with her family.

Writing on Telegram, she said: “Our granddads didn’t fight for this. And now they’ve been betrayed.”

On a more local level, a prominent Moscow music director has also resigned.

While not an official, Tugan Sokhiev is a high-profile figure in the Russian capital’s music scene.

He announced a decision to resign “with immediate effect” on March 6 from cultural institution the Moscow theatre.

Mr Sokhiev added that he felt under pressure to leave following calls to take a stance against the war in Ukraine.