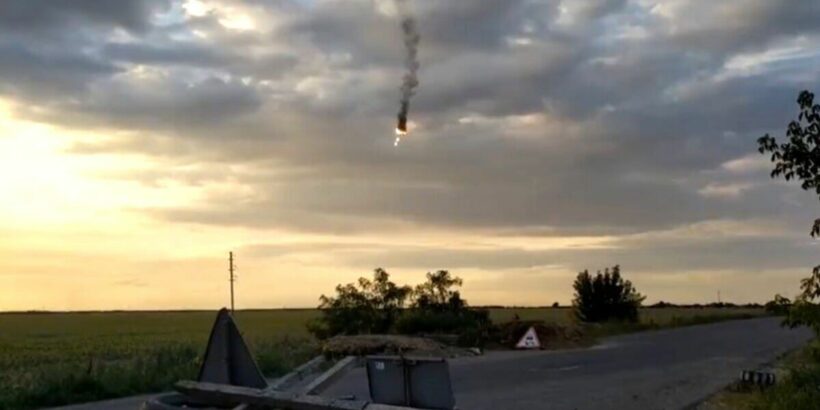 Russia shoots another of it's aircraft down by own forces

In rare footage released on social media, the Russian aircraft can be seen plummeting towards the ground after being hit by a missile launched by Putin’s forces. The plane was shot down in the Kherson Oblast in front of Russian positions, suggesting that it had been mistakenly targeted by Russia, who wrongly believed it was a Ukrainian military aeroplane. Footage of a second Russian plane shot down by its own forces was released just Tuesday and comes at an especially inopportune time for Putin as he deals with increasingly depleted supplies of military equipment.

In the footage, a Russian aeroplane can be seen hurtling straight towards the ground in Kherson.

The plane, having been struck by what is believed to be Russian anti-aircraft missiles, spirals towards the ground in a fireball.

As Ukrainians watch on, the aircraft crashes into a nearby field and explodes.

Footage then shows the remains of the plane strewn across the field, with black smoke billowing from its main body. 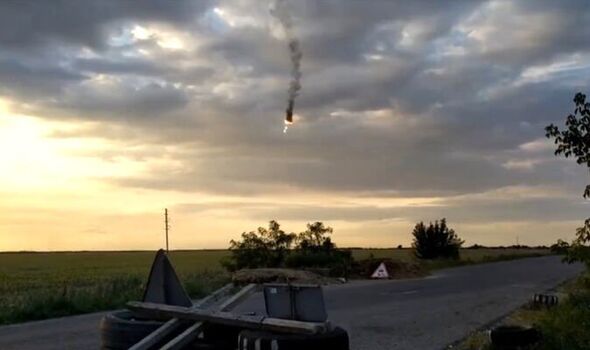 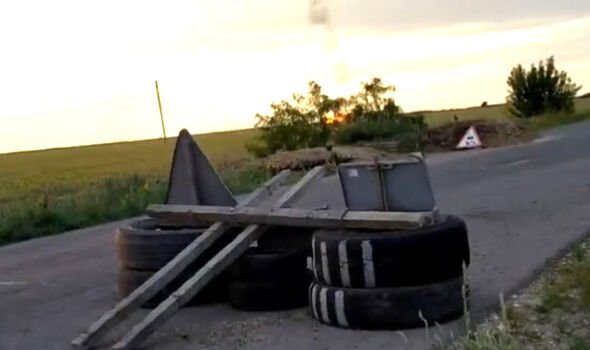 Just yesterday, Russian military forces were caught on camera by Ukraine’s armed forces shooting down their own plane over the city of Alchevsk, a city of significance in the Luhansk Oblast of Ukraine.

The accidental strike by Putin’s forces caused the military aircraft to catch fire and fall from the sky.

The Su-34 bomber plane, which is valued at around $36million (£30million), was seen crashing into the ground during the evening.

It has been claimed that the Russian pilot was forced to eject while miles in the air to avoid dying in the crash. 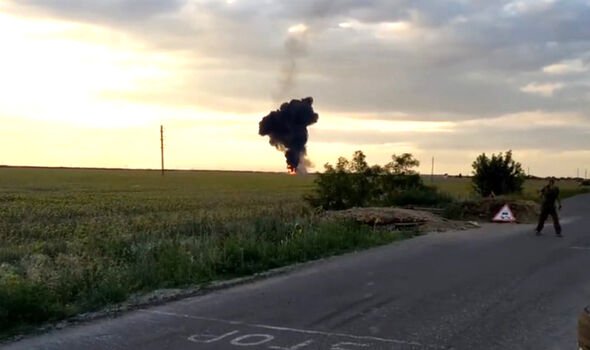 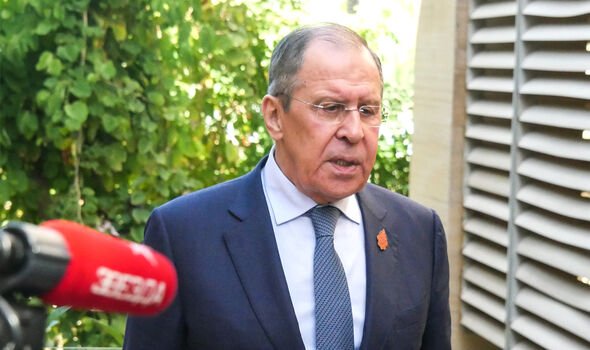 Despite the embarrassing losses, however, Russia’s foreign minister today said Putin’s forces would extend their offensive beyond the Donbas.

His comments, the clearest acknowledgment yet that Russia’s war goals have expanded over the five months of war, came after Washington said it saw signs Moscow was preparing to formally annex territory it has already seized.

Lavrov is the most senior Russian figure to publicly speak about Russia’s military interests in Ukraine. 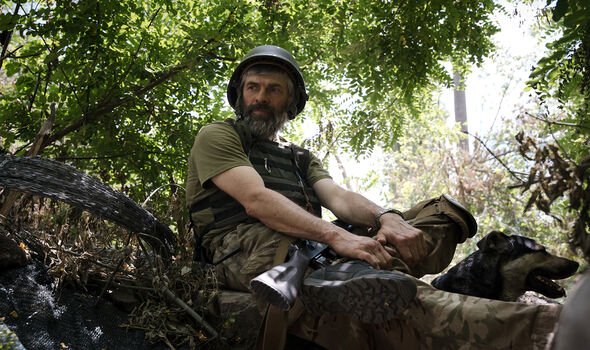 He told RIA Novosti geographical realities had changed since Russian and Ukrainian negotiators held peace talks in Turkey in late March that failed to produce any breakthrough.

At that time, he said, the focus was on the Donetsk and Luhansk People’s Republics (DPR and LPR), self-styled Russian-backed breakaway entities in eastern Ukraine from which Moscow has said it aims to drive out Ukrainian government forces.

He said: “Now the geography is different, it’s far from being just the DPR and LPR, it’s also Kherson and Zaporizhzhia regions and a number of other territories,” referring to territories well beyond the Donbas that Russian forces have wholly or partly seized.

He said: “This process is continuing logically and persistently,” adding that Russia might need to push even deeper.