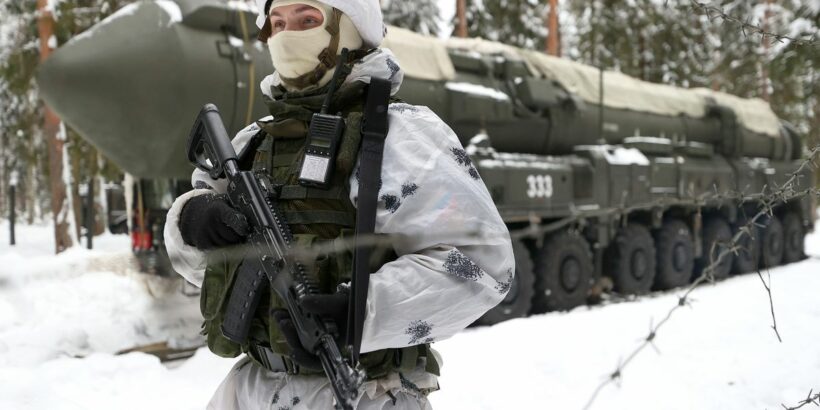 The UK and US have both accused Russia of boosting forces on the Ukraine border by as many as 7,000 troops, despite claims they were withdrawing soldiers.

A senior US administrator blasted Russia's insistence that it was withdrawing troops, with the anonymous official claiming the country had actually increased its troop presence.

They said: "They received a lot of attention for that claim, both here and around the world. But we now know it was false.

"Russia has increased its troop presence along the Ukrainian border by as many as 7,000 troops."

No details or evidence were given of how the US gathered this information, but the 7,000 troops figure was backed by UK Armed Forces minister James Heappey, The Mirror reported.

Heappey said Britain had not "necessarily" been able to "verify" the figure but warned that overnight imagery had shown a new bridge and a large field hospital that had made the minister "very worried".

Speaking to BBC, Heappey said: "Troop movements towards the border continue. For all the talk about de-escalation in Moscow, I'm afraid what we're seeing is the opposite and we're very worried about it.

"All of the conditions are set, and from the moment President Putin takes a decision, it is literally just a matter of minutes before military effect could be felt in Ukrainian cities."

He added: "That's different however to inevitability. I have a gut feeling because I'm seeing what I'm seeing, and I don't think you spend that amount of money in putting that number of troops and planes and ships into an area unless you mean it.

"But I have hope that a diplomatic process can succeed, because the consequences of that not being the case are that tens of thousands of people could die."

UK Foreign Secretary Liz Truss warned that the crisis could drag out for months, saying that the UK and its allies must not be "lulled into a false sense of security."