Carried out in 2017, the report came from an Army think-tank that said years of continual budget cuts meant Britain’s ability to compete as an effective fighting force had been “effectively removed”. The paper, compiled after two days of seminars attended by serving and retired army officers and academics, provided a sobering insight into Britain’s ability to respond to a Russian attack. Years of squeezed budgets resulted in the “hollowing out or deletion of the Army’s deployed capabilities,” the paper from the Centre for Historical Analysis and Conflict Research (CHACR) said.

It warned that the risk of the Army’s one remaining fighting division “being wiped out in an afternoon” will “weigh heavily” on commanders.

Although “we might not be facing an immediate risk of a direct attack by a foreign state,” the document added there were “a few plausible scenarios” in which the UK could be dragged into war after an attack on another country

The last time the UK sent a division to war was in 2003 before the invasion of Iraq but experts believed it would not be able to deploy much more than a brigade of between 5,000 and 10,000 troops.

Under the Government’s defence review in 2015, the army’s sole “war-fighting division” was expanded from up to 30,000 troops to up to 50,000 – representing more than half the army’s total of 82,000 regular soldiers – and equipped with better-armoured vehicles. 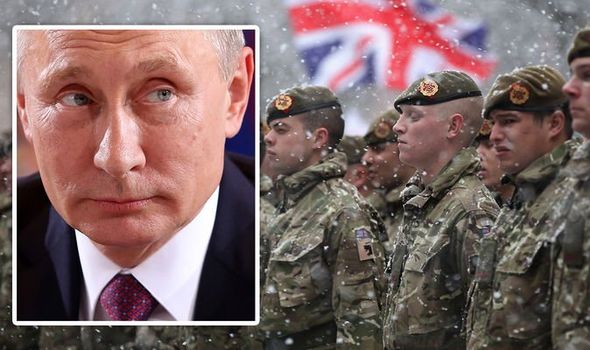 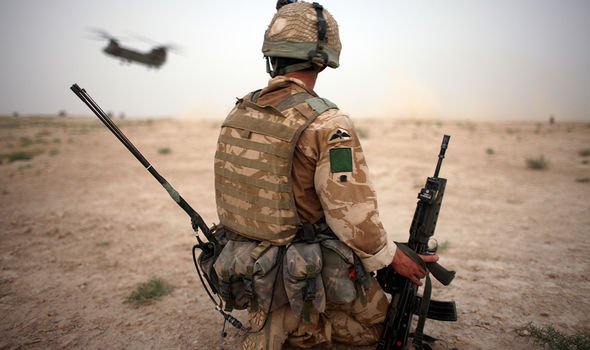 This was part of a move to prepare the army for fighting large-scale wars after years of counter-insurgency operations in Iraq and Afghanistan.

But, in 2019, Research by the Royal United Services Institute (Rusi) found that the Army, as well as Nato allies, had a “critical shortage” of artillery and ammunition.

It concluded that it could not maintain a credible defence position.

The paper analysed military capabilities in the “unlikely” context of “a high-intensity conflict between Nato and Russia, in which the UK has promised to deliver a war-fighting division.

“At present, there is a risk that the UK – unable to credibly fight – can be dominated lower down the escalation ladder by powers threatening escalation.” 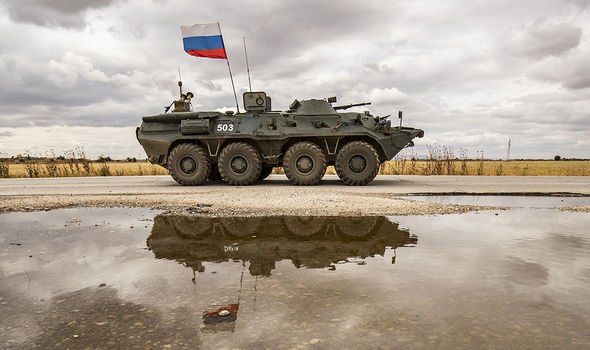 Russian artillery and rocket batteries have already proved to be potent, destroying two Ukrainian battalions in 2014 within minutes.

The UK and other NATO forces not only have a limited number of artillery pieces, but also a shortage of munitions stockpiles and transportation.

The report said the “rejuvenation and modernisation” of Britain’s ground-based artillery is an “urgent and critical priority”.

In response, the MoD said: “The UK does not stand alone but alongside its NATO allies, who work closely together across air, sea, land, nuclear and cyber to deter threats and respond to crises.

“As the largest NATO defence spender in Europe, the UK’s armed forces are well equipped to take a leading role in countering threats and ensuring the safety and security of British people at home and abroad.”

DON’T MISS
Coronavirus: Is this PROOF China’s been lying about outbreak? [REVEALED]
‘A stitch-up!’ Scotland braced for 20% MORE funding than England [EXPLAINED]
Coronavirus vaccine to take ‘over 10 years’ as cases surge [ANALYSIS] 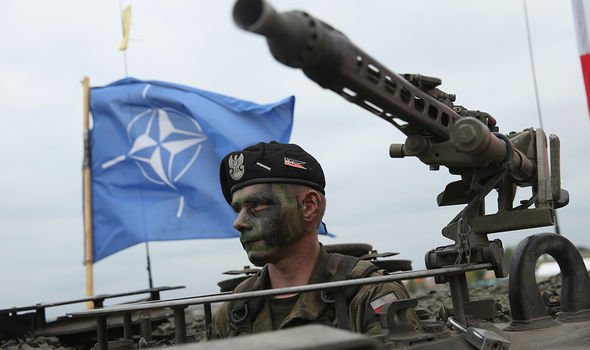 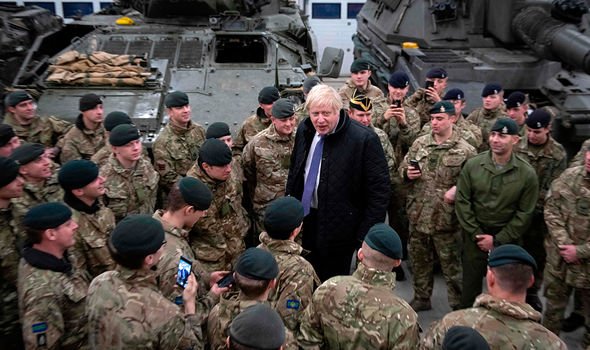 The ‘Integrated Security, Defence and Foreign Policy Review’ revealed recently by Prime Minister Boris Johnson is intended to shape the UK’s defence and security needs for the present decade and beyond.

The Prime Minister has committed to holding the largest review of the UK’s foreign, defence, security and development policy since the end of the Cold War.

The Integrated Review will cover all aspects of the UK’s place in the world, from the role of our diplomatic service and approach to development to the capabilities of our Armed Forces and security agencies.

The review will be policy-led and will go beyond the parameters of a traditional review by considering the totality of global opportunities and challenges the UK faces and determining how the whole of government can be structured, equipped and mobilised to meet them.

It will look at areas such as the procurement process used by the Armed Forces and other security services, from countering hostile state activity to strengthening the Armed Forces.

All this will be undertaken with the aim of creating a more coherent and strategic approach to our overseas activity.