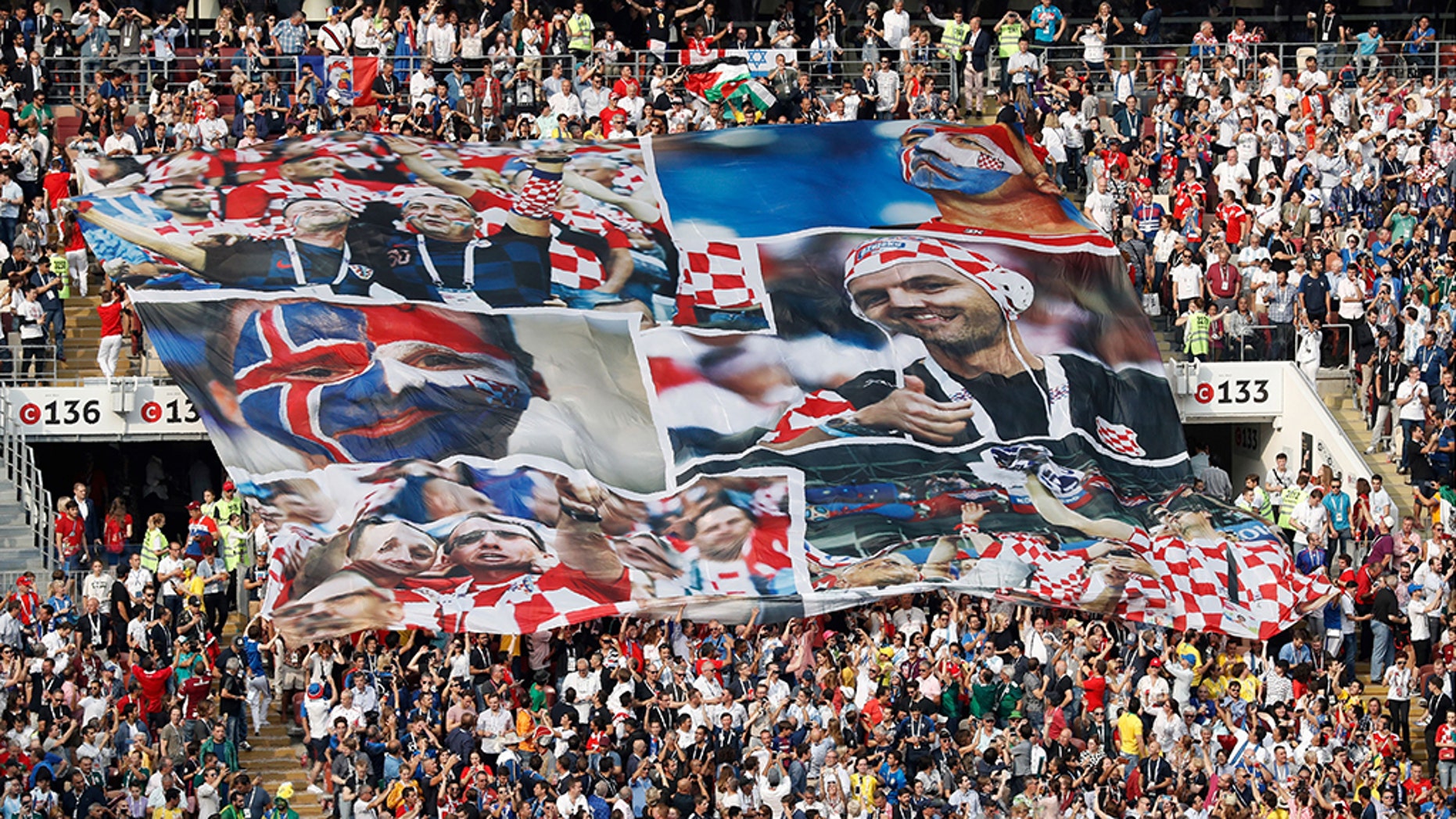 Croatia’s fans cheer prior to the Russia 2018 World Cup final football match between France and Croatia at the Luzhniki Stadium in Moscow on July 15, 2018. (ADRIAN DENNIS/AFP/Getty Images)

Russia will, by the end of March, deport more than 5,000 people who stayed in the country illegally after visiting for the 2018 World Cup, officials said.

The head of the migration department of the Interior Ministry, Andrei Kayushin said Friday that of the 650,000 people who received “Fan ID” permit cards this past summer for the World Cup, 5,500 have overstayed their visas.

SEARCH FOR ARGENTINE SOCCER PLAYER EMILIANO SALA, AND PLANE HE VANISHED IN, RESUMES IN ENGLISH CHANNEL

"In the main, they were all law-abiding and left the country in their own time,” he said. "We are undertaking operations to deport them, and I hope that they will all be deported by March 30."

Initial reports showed that by the end of the year, 12,000 people had overstayed their permits but Kayushin said that security services swiftly reduced the number to its current level.

While some came for the soccer and stayed for the culture, there were a few cases of people using the “Fan ID” permit system to enter Russia as a means to crossing the border illegally into European Unions countries. There were fewer cases of some reportedly filing for asylum in Russia.