Russia operatives used an armed robot in a gunfight that left 11 jihadists dead – as they try to stamp out extremism ahead of the World Cup.

Dramatic footage shows police marksman firing on a house from an armored vehicle.

A compact armed robot is seen approaching the property to engage the jihadists.

The bullet-ridden bodies of six men were later shown in pictures released by investigative authorities.

Video and audio recordings taken by the robot reveal the voices of rebels shouting ‘Allahu Akbar’, followed by an explosion, it was reported.

The men were also believed to have been waving a jihadist flag. 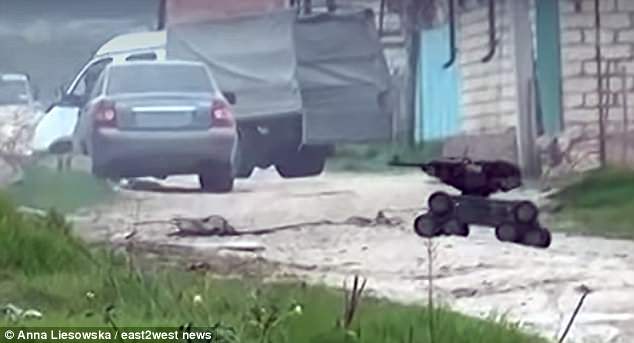 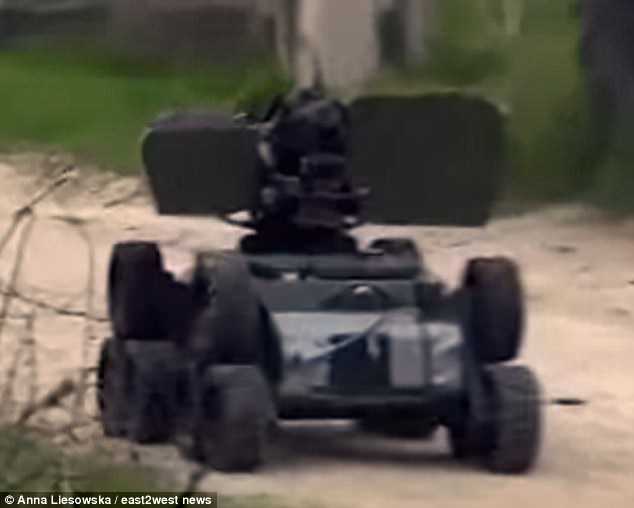 Derbent, where the video was filmed, is just 590 miles southeast of Volgograd, where England will play their opening World Cup qualifying group game.

The FSB security service has indicated terrorism is the main threat to the World Cup.

‘Guns, bullets, knives and grenades were discovered at the scene,’ said a statement from the Russian Investigative Committee, which probes serious crime.

A hand made bomb, equal in power to five kilograms of TNT, was discovered before the house went up in flames. 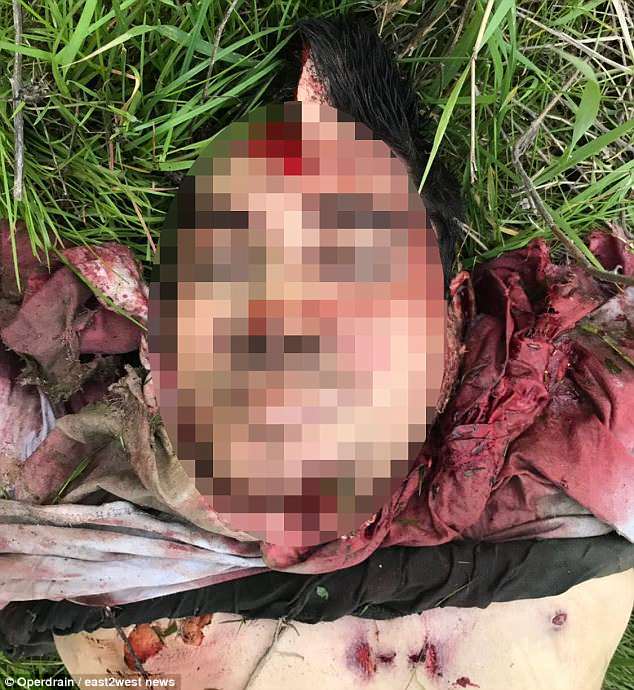 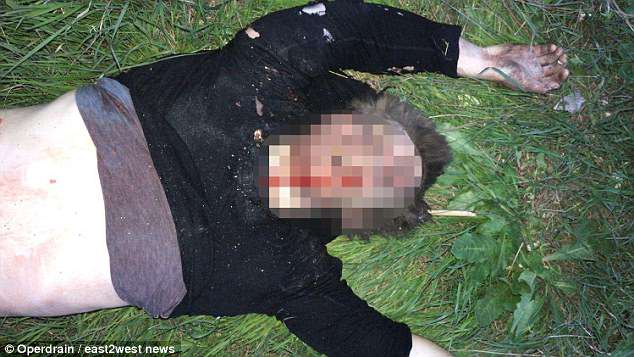 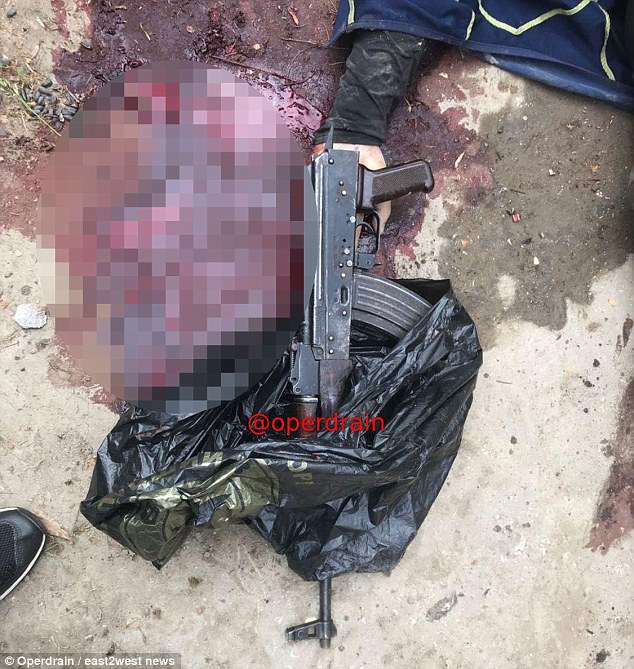 The armed men reportedly waved a flag with a jihadist slogan on it. Pictured: One of the 11 men killed by Russian special forces 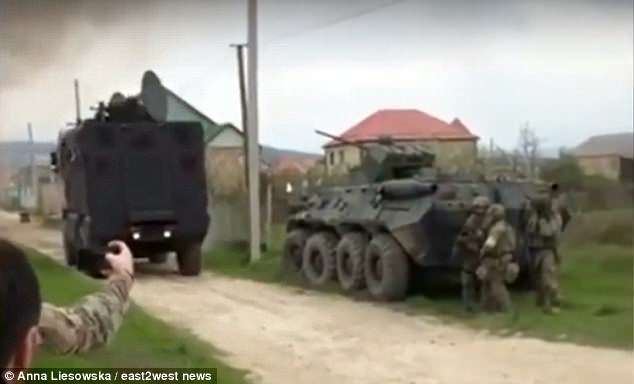 One of the dead men was named as Alexander Svistak, from Nefteyugansk in Siberia.

In another operation two alleged members of an armed underground unit were killed in a forest in Derbent.

‘A grenade launcher, an assault rifle, cartridges, and a variety of criminal gear were found at the scene of the fight,’ said a law enforcement source.

Separately, three men, who authorities said had ‘links to the underground radical Islamic movement’, were stopped in a sedan car in Derbent. 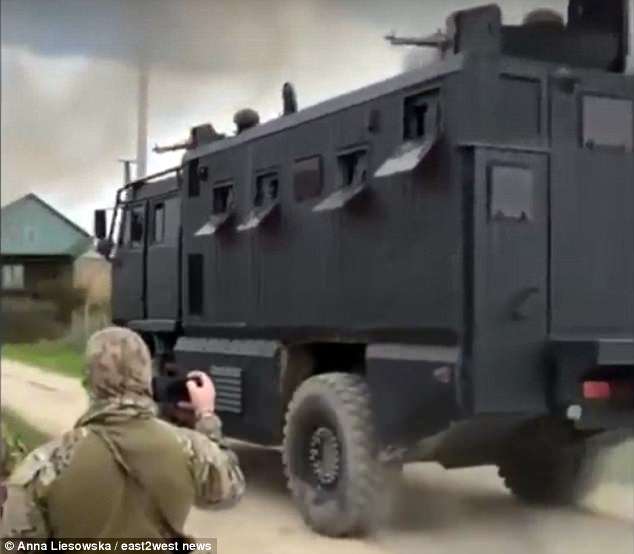 The Federal Security Service of the Russian Federation has indicated terrorism is the predominant threat to the World Cup. Pictured: An armored truck used in the operation 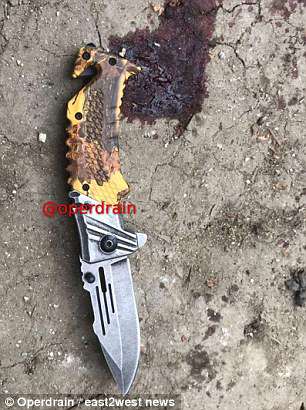 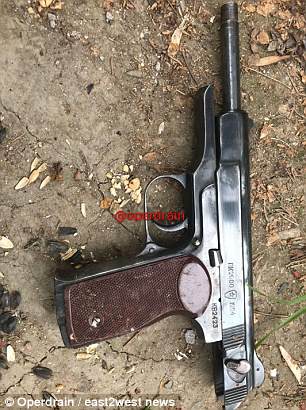 Guns, bullets, knives and grenades were discovered at the stronghold in Dagestan 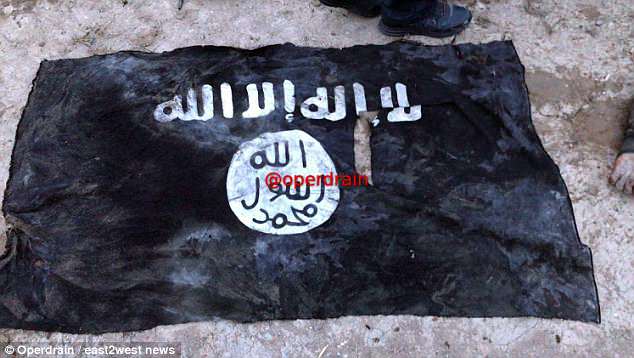 The ‘Black Standard’ flag of ISIS (pictured) was discovered inside the property. The banner was thought to have been flown by Mohamed, but was co-opted by extremists in the 1990s

Special forces asked for their documents and the ‘terrorists took out their guns and opened fire,’ reported the Investigative Committee.

‘Police shot back and all the attackers were liquidated at the scene.

‘No police or civilians were injured during the incident.’