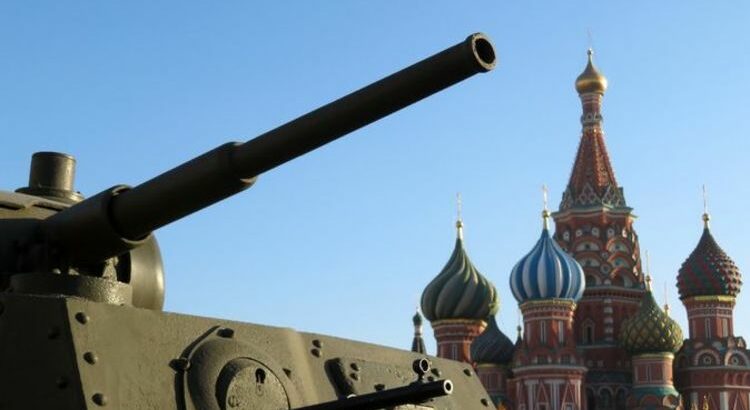 Emergency talks have been held between the Prime Minister Boris Johnson and his European and NATO counterparts as the Ukraine-Russia crisis deepens. The possibility of a Russian invasion into the former Soviet Union country is becoming more realistic as the Kremlin refuses to back down on its demands and bolsters the number of troops close to the border.

Fears among western powers and Ukrainians range from a full scale invasion to a Cold War style war of aggression – and while no current expected outcomes are positive ones, there are lesser outcomes that could emerge from the fray.

Russia deployed tens of thousands of troops close to the border with the former Soviet Union country in mid-2021, but has repeatedly denied there are plans to invade its former ally.

Nevertheless, the Kremlin’s list of demands to Western powers, most notably for Ukraine to never join NATO and push the USA’s sphere of influence away from the area, have been met with a firm rebuttal.

The growing crisis is unlikely to slow down anytime soon – here are three of the potential outcomes for Ukraine.

Armed conflict has been taking place in the east of Ukraine for a number of years now, and fears are mounting that Russia could attempt annexation of the Donbas region, much like the annexation of Crimea in 2014.

The conflict so far has killed 14,000 people, and began following the removal of a Putin supporting President Viktor Yanukovich from Ukraine after widespread protests and civil unrest.

A conflict ensued between those in the region who want to join Russia, and those wishing to stay part of Ukraine, in which Russian forces were widely believed the have been present in the area.

Russia has denied deploying troops to the area, and in December, President Vladimir Putin accused Ukraine of committing “genocide” against the local Russian-speaking population.

But the Ukrainian Foreign Ministry has claimed the latest posting of troops close to the border as demonstration of “Russia’s purposeful policy to pull the temporarily occupied territories of our state into its economic, political, electoral, and information space”.

It’s clear Russia is currently providing the pretext for action in the Donbas region at least, and will likely look to seize control of the east to put pressure on the west to meet its demands.

A so-called ‘limited operation’ could be enacted by Russia instead of a full-blown invasion.

This could come in a number of different ways: from cyber attacks to psychological warfare, as well as targeted attacks on regions in Ukraine.

Such an operation would see Russia implement disinformation drives and propaganda, which could soften Ukraine to a later invasion.

Only earlier this month, a major cyberattack on Ukrainian government facilities was blamed on Belarusian hackers believed to be acting with Russian support.

It would spare Russia the long-term cost and damage to the Kremlin’s reputation within Russia.

What’s more, Russia has scaled this sort of attack before in 2008, when a Georgian attack on the breakaway province of South Ossetia prompted a swift and huge Russian attack which quickly defeated the Georgian army and briefly occupied much of the country.

However, Moscow’s goals of forcing Ukraine out of its alliances with NATO outstrip the effects of a limited operation, which would have considerably less staying power.

Russia has deployed more than 100,000 troops close to the Ukrainian border since mid-2021, but it’s still not believed Russia would scale such a huge effort against Ukraine and combined western forces.

Such an operation would be used to defeat Ukraine’s comparatively small army and would require storming of a number of large cities, and potentially demonstrate the West’s limited ability, or desire, to help Ukraine.

US and British intelligence have claimed Russia is lining up pro-Kremlin politicians to take over the administration in Ukraine, and the most direct route to achieving this would be an invasion.

But it would come at enormous cost to Russia’s armed forces as well, and include major sanctions from across the world.