Angered by the deadly violence and the humanitarian crisis resulting from Russia's war on Ukraine, some Americans are taking it out on Russian businesses and brands in the U.S. — or anything that sounds Russian.

Business owners and experts say it's the most intense anti-Russian sentiment they’ve seen. They also call the behavior irrational and misplaced, especially when so many owners are denouncing Russian President Vladimir Putin’s invasion and supporting Ukraine, not to mention the fact that some are not even Russian.

Olga Sagan, the owner of Russian bakery Piroshky Piroshky in Seattle, which has offered handcrafted Russian pastries since 1992, described a recent call from someone threatening a terrorist attack on her store.

'It make me feel very sad'

But Sagan immigrated from Russia in 1999 and is an American citizen. Of her 60 staff members, she is the only one from Russia; three others are from Ukraine.

“People make fun of Russians — we drink vodka," Sagan said. “But never, ever anything like this. It make me feel very sad. I understand people’s emotions and how strong they are about the situation, and I truly appreciate it because I have strong emotions. But most Russian people are against (the war).”

To clarify their position and placate customers, many business owners have posted Ukrainian signs on their doors or have turned to social media to pledge their support for Ukraine and condemn Russia’s actions. Some restaurants are scrubbing any Russian references off their menu.

Even Ukrainians have been caught up in the backlash.

Alan Aguichev, 26, opened a restaurant in Manhattan two years ago with his mother, Svetlana “Sveta” Savchitz, who was born in Kharkiv, Ukraine. They named their restaurant Sveta and advertised it as an Eastern European and Russian eatery — a description that was intended to help people easily understand the food but now draws unwanted attention.

Aguichev, who was born in the U.S., said he has received emails from people using expletives about Russia, and telling the business owners to “go back home.” The owners have since removed references to Russia from the restaurant’s menu.

“Her two blood sisters are hiding under a bunker,” Aguichev said of his mother's family. “And then she gets these nasty phone calls saying, ‘you’re not Ukrainian, you’re Russian.’ That’s terrible.” 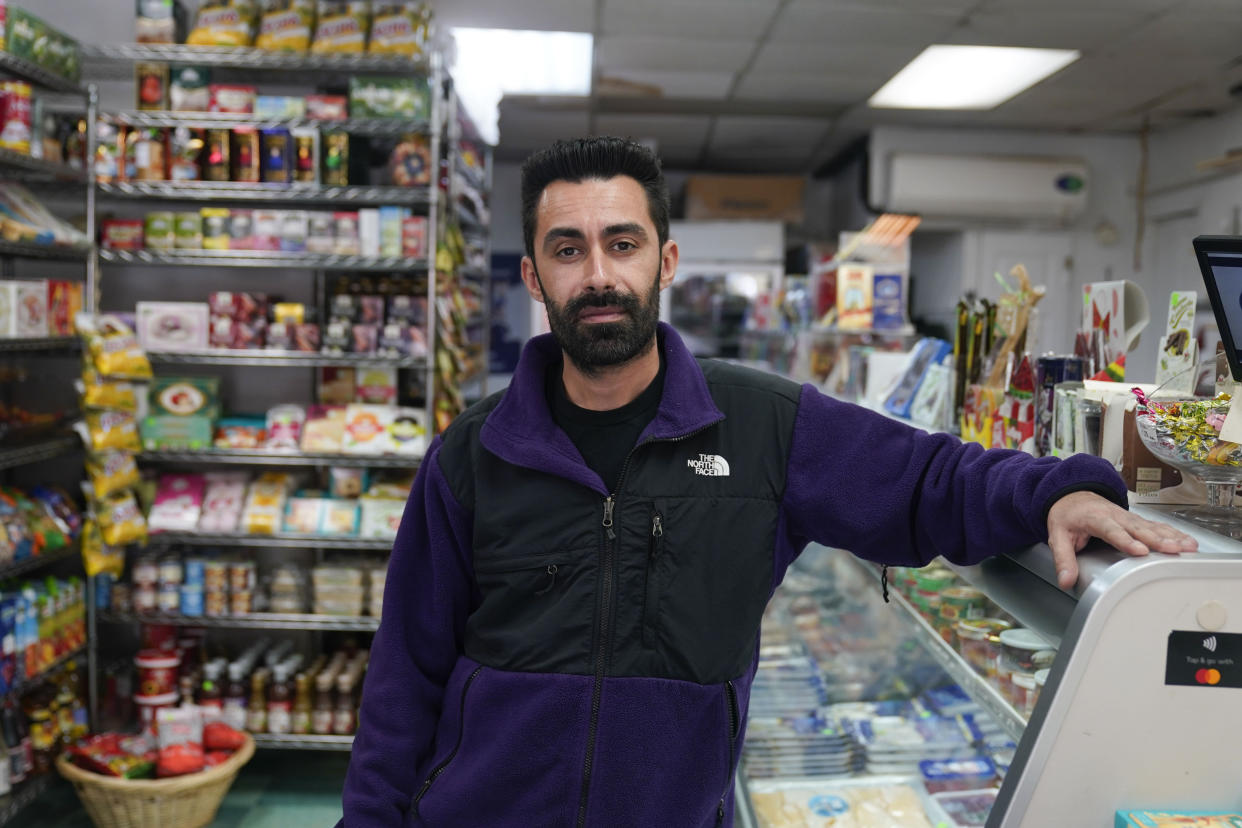 Aguichev notes that many others have been supportive of him and his mother but it shouldn’t matter even if either of them were Russian because many of his Russians friends also don’t want this war.

“It’s just one man who wants to do this, and that’s President Putin," he said. “It’s not only affecting Ukrainian lives — it’s affecting Russian lives as well.”

Moscow on the Hudson, a specialty store that sells Russian, Ukrainian and other international products about nine miles north of Sveta, has also received calls from people cursing out Russia and requesting that the store owners ask Putin to stop the war.

“I was like ‘good luck with that’,” said Gleb Gavrilov, who is Russian, Polish and Greek and runs the store with his mother. “I just hung up.”

Gavrilov said he used to sell Putin magnets, and even nesting dolls that feature the Russian president as well as former U.S. President Donald Trump, because some Americans liked the products. But he stashed them away when the war started, thinking they might have more value in the future. He also doesn’t want to be seen as aligned with Putin.

“I’m not really with him,” Gavrilov said. “I just sell the stuff, and it sells good.”

Sarah E. Mendelson, the head of Carnegie Mellon’s Heinz College in Washington and a longtime expert on Russia, said she can’t recall such intense anti-Russian backlash translating into people protesting restaurants or products, even after Russia's bombing campaigns in Syria and its invasion of Crimea in 2014.

'It’s not actually a rational response'

Mendelson noted that the constant barrage of real-time images of Ukrainians fleeing their war-torn country has created a groundswell of emotions but the boycotts themselves are hurting emigrants who fled Russia as well as Ukrainians.

“It’s an emotional response — it’s not actually a rational response," she said. “People ought to take the time to figure out what’s going on.”

Consumer anger has been misdirected in the past. After the Sept. 11, 2001 terrorist attacks, many Middle Eastern businesses suffered when customers aimed their hostility at them. In the years since, social media has made it easier for people to protest and organize boycotts via hashtags but the lack of context also makes it easier to get things wrong.

Robert Passikoff, founder and president of Brand Keys, a New York-based brand loyalty research consultancy, noted that a recent poll of 1,200 U.S. shoppers found 84% on a bipartisan basis indicated they would boycott Russian brands as a sign of solidarity with Ukraine. Still, only 8% of them could correctly name any Russian consumer brands without being assisted.

“It's a nice sentiment, but problematic,” Passikoff said. “The reality is there aren’t many well-known Russian brands readily evident in American stores." 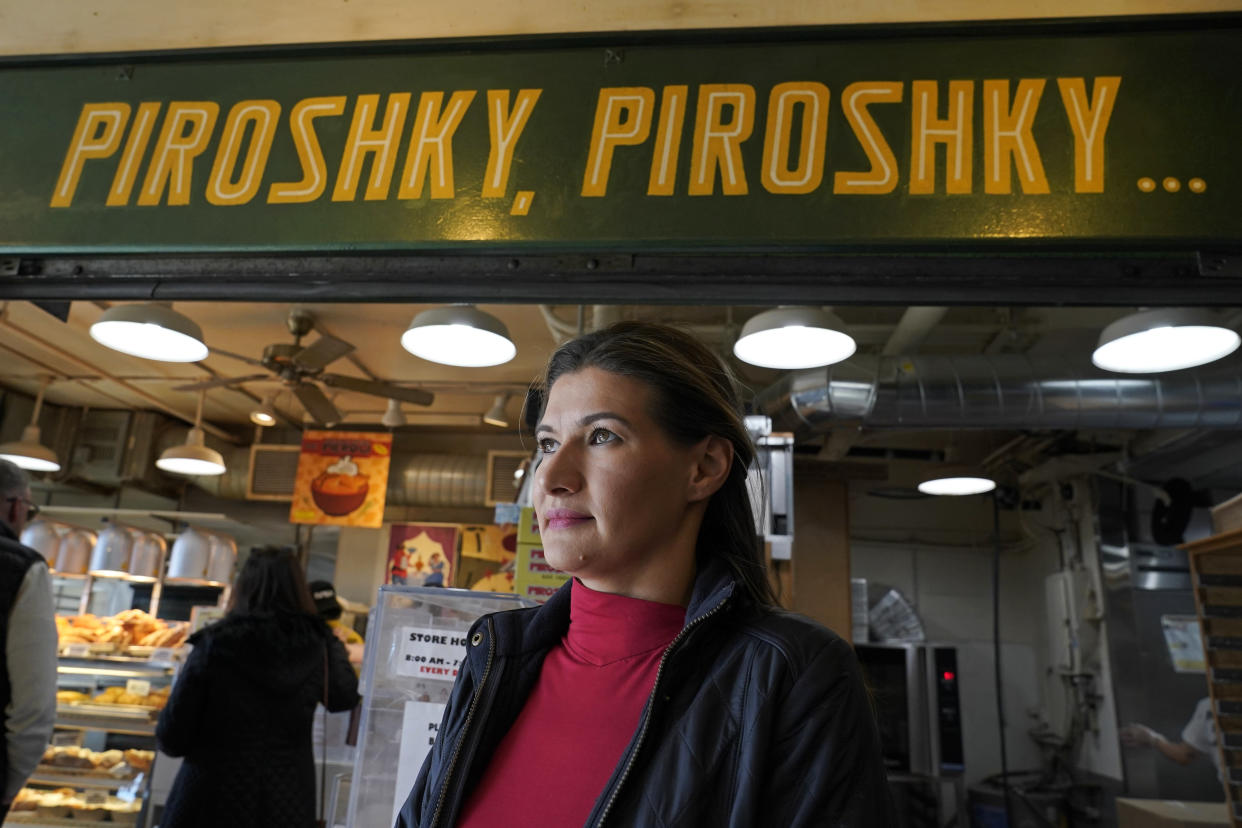 One product that became an easy — but misguided — target of consumer angst was Stolichnaya, a vodka brand incorrectly linked with Russia. Stoli, the brand's better-known nickname and now official name, is actually made in Latvia and the parent company is based in Luxembourg. Its owner, Russian-born tycoon Yuri Shefler, left Russia in 2002 and hasn’t been back since.

Damian McKinney, CEO of the Stoli Group, was horrified to see people posting videos on social media of bartenders pouring the drink down the drain and stores dropping itfrom shelves. To counteract, McKinney said the company let its distributors and retailers know that it was against Russia’s invasion and that it supported Ukraine, as well as pointing out its true roots.

McKinney said that sales globally took a hit for seven days, but business has rebounded to higher than normal levels. It’s also marketing the vodka bottles with pro-Ukranian messages.

Whether a Russian brand or not, McKinney said companies must choose a side.

“We have been tested. As soon as that invasion occurred, you got to stand up and to be counted," he said. “I have Russians on the team. You have to decide which side you’re on.”

But some just want to stay neutral — at least publicly.

Tigran Elchyan, chef and owner of Kalinka Russian Cuisine, a restaurant in Glendale, California, said he has received threatening calls a couple of times a week since the war in Ukraine started. Business is down about 20%.

Elchyan is Armenian-born, and his restaurant highlights food not only from Russia but from his native country as well as former Soviet Union countries like Georgia and Kazakhstan. Most of his staff are from the Russian region. But Elchyan said he wants to stay out of politics.

“Russians and Ukrainians are sitting next together and eating the food,” he said. “It’s all about the food. It’s not political. We are here for peace everywhere.”