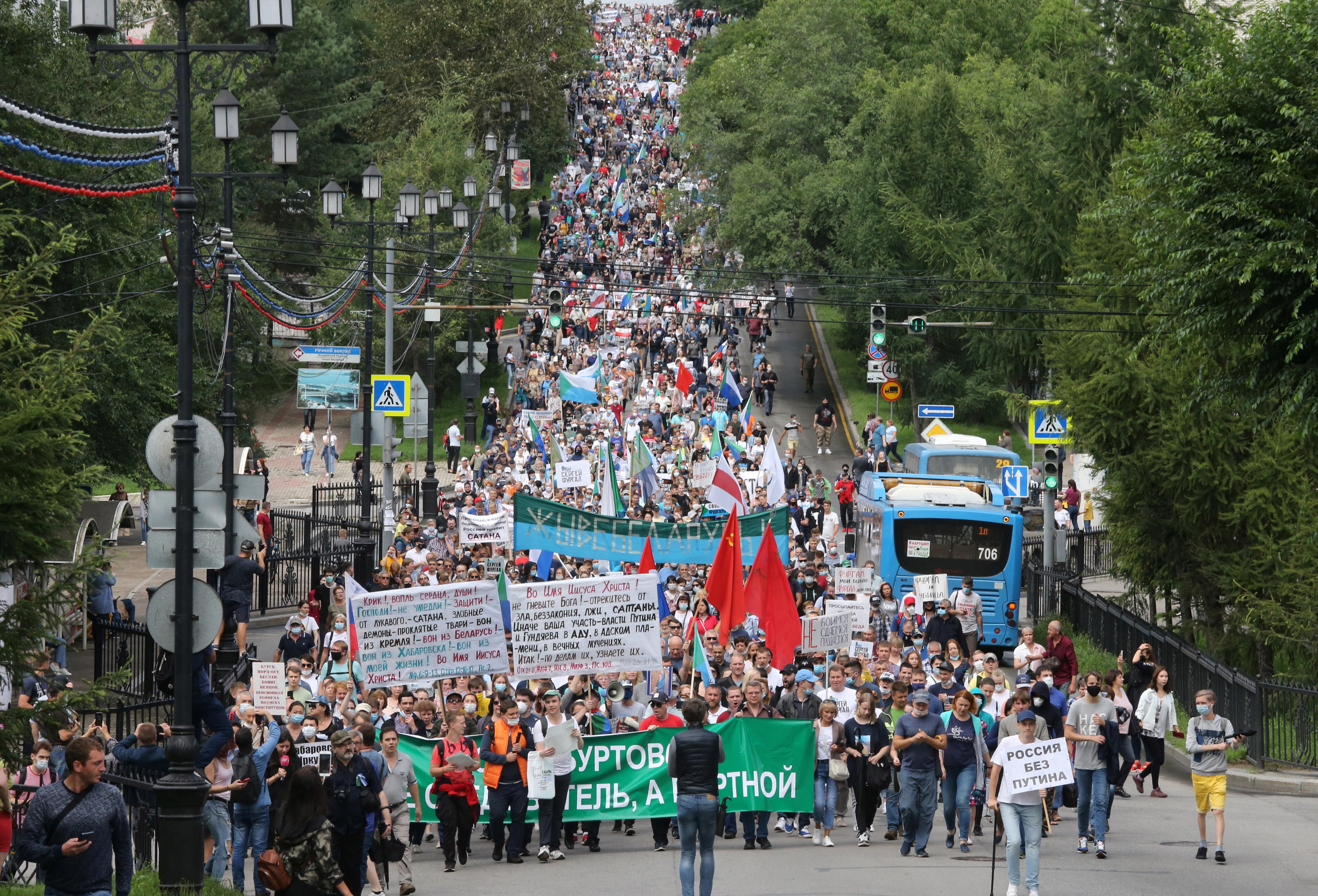 MOSCOW (Reuters) – About 2,000 people joined another march in the Russian far eastern city of Khabarovsk on Saturday in protest over President Vladimir Putin’s handling of a local political crisis.

Residents of Khabarovsk, around 6,110 km (3,800 miles) east of Moscow, were protesting for a sixth consecutive weekend against the detention of Sergei Furgal, the region’s popular governor.

Furgal was arrested on July 9 in connection with murder charges he denies. His supporters say the detention is politically motivated.

People marched on Saturday with posters reading “Our choice” and “Freedom to Furgal”. Regional authorities estimated around 2,000 people took part, a smaller turnout than previous weeks.