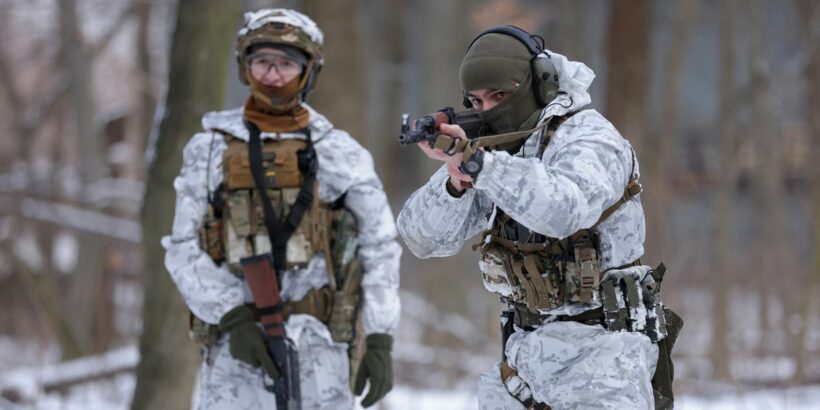 More than 100,000 Russian troops are massed on Ukraine’s border, threatening to ignite a land war on a scale that Europe hasn’t seen in generations.

But while there’s still a small chance that politicians could end the crisis without a shot being fired, a cyber war is already raging on computer systems across the region.

And unlike conventional conflicts, online warfare has a habit of spilling over into countries that aren’t directly involved.

While no-one has claimed responsibility, last week’s massive WhisperGate virus attack which crippled a number of Ukrainian government websites is widely believed to be the work of Russian hackers.

During the attack, users were unable to access their data, instead being faced with a message that read: "Your hard drive has been corrupted. In case you want to recover all hard drives of your organisation, you should pay us $10k via bitcoin wallet".

But Ukrainian systems aren’t the only networks in the firing line. John Hultquist, head of intelligence for cybersecurity consultants Mandiant, told Technology Review that the US could soon be targeted.

“Aggressive cyber operations are tools that can be used before bullets and missiles fly,” he said.

“It’s a tool that can be used against the United States and allies as the situation further deteriorates,” he added, “especially if the US and its allies take a more aggressive stance against Russia.”

The US Cybersecurity and Infrastructure Security Agency issued a warning to administrators of critical systems such as power stations and transport links that they should take “urgent, near-term steps” to protect their networks from hostile infiltrators.

The warning included a reminder of the two hacking attacks that crippled computer systems worldwide in 2017.

The NotPetya ransomware attack was initially aimed at Ukrainian systems but quickly spread to cripple Windows-based computers around the world.

Infecting the systems of international companies doing business with Ukraine, it soon become a global phenomenon.

American military sources said the attack, which caused an estimated $10 billion (£7.43 billion) worth of damage worldwide, was “the most destructive and costly cyberattack in history.”

While the authors of NotPetya were never conclusively identified, cybersecurity experts have pointed the finger at Sandworm, a team of elite hackers working for The GRU – Putin’s military intelligence organisation.

A similar operation in the same year, the WannaCry ransomware attack, was blamed by UK and US intelligence experts on North Korean hackers.

WannaCry affected more than 200,000 computers in some 150 countries, and estimates of the damage caused ranged up to $4 billion, affecting hundreds of NHS systems, and bringing Nissan’s car plant in Tyne and Wear to a standstill.

US President Joe Biden has spoken of his belief that his opposite number in Russia will soon order a military attack on Ukraine.

If the invasion does come, the first way ordinary people in the West are likely to know about it will be that their computers stop working.