A Russian fighter jet buzzed a US Navy spy plane while it was flying over the Black Sea on Tuesday, according to officials.

The Russian Su-27 plane came within 20 feet of the American P-8 aircraft in a maneuver military sources said was ‘unprofessional’ but safe.

It comes months after another Russian SU-27 fighter flew within five feet of a US Navy EP-3 Aries and crossed directly into its flight path, also over the Black Sea. 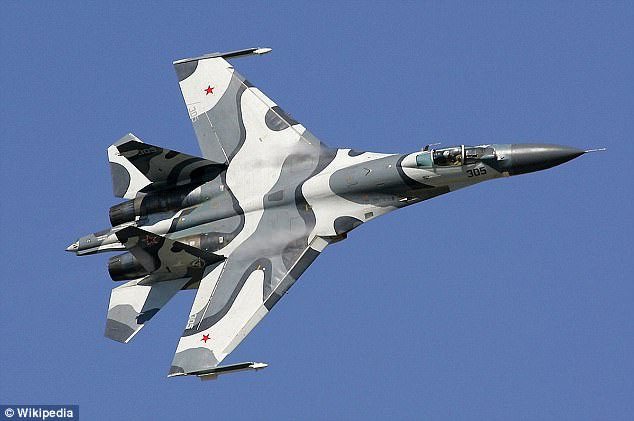 The other ‘unprofessional’ intercept happened on January 29 and prompted the US aircraft to abort its mission before completion, CNN reports.

The US aircraft was flying in international airspace during the incident, which lasted for two hours and 40 minutes, Navy Captain Pamela Kunze said in a statement.

The EP-3 flew through the SU-27’s jet wash, or turbulence created by an aircraft, Kunze said in a statement deeming the interaction ‘unsafe’.

The area has a high concentration of Russian, US and NATO military forces.

Russia annexed Crimea in 2014 amid the Ukrainian revolution. The move has been officially recognized by 11 United Nations member-states, including Russia.

In November 2017, a similar incident occurred over the Black Sea when a Russian SU-30 crossed in front of a US P-8A Poseidon.

And in Syria in December, US F-22s fired warning flares at two Russian SU-25 planes that, according to US officials, crossed the country’s de-confliction line.

Russian authorities denied their planes had crossed the line.