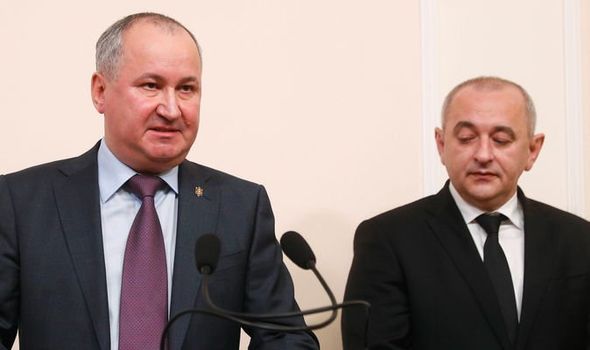 Vasyl Hrytsak, the head of the SBU intelligence agency, told a news conference in Kiev that eight members of the Russian group had been detained and charged in connection with the assassination plot. Ukraine’s chief military prosecutor Anatoly Matios said two of the hit squad members were staff officers of Russia’s GRU military intelligence agency. He said the other six were Ukrainian nationals.

There was no immediate reaction from Russia’s GRU.

The SBU has reported before that it captured groups belonging to Russian special agencies.

Mr Matios said: “Those detained were involved in the attempted murder of an employee of the Ukrainian defence ministry’s intelligence service in Kiev in April.”

He said the group had planted a bomb beneath the intended target’s car which had gone off prematurely, badly injuring one of the accused. 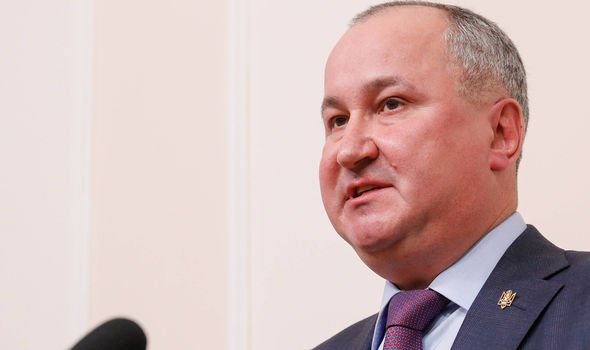 The SBU released a video of the same incident which showed a man placing the bomb under a car before a big explosion.

The video showed a man lying in a hospital bed with part of his right arm missing saying he was Russian and born in Moscow.

The issue of how to deal with Russia, which annexed Crimea in 2014 and backs pro-Russian separatists in eastern Ukraine, is prominent ahead of Sunday’s vote, with President Petro Poroshenko casting himself as the commander-in-chief Ukraine needs to defend the country.

The GRU is thought to be behind the attempted murder of Russian double agent Sergei Skripal and his daughter Yulia in a nerve agent attack in Salisbury in March 2018. 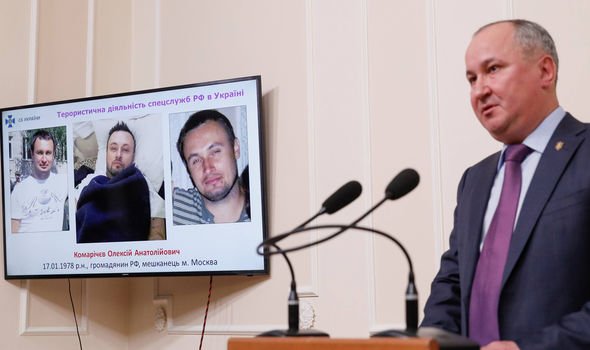 Both survived the attempt on their lives but four months later Dawn Sturgess, 44, died after coming into contact with an item contaminated with novichok in Amesbury, Wilts.

Her partner Charlie Rowley, 45,  also fell seriously ill after being exposed to the nerve agent, but survived.

A GRU unit was arrested by Dutch agents last April as they attempted to hack into the computer systems of the the Organisation for the Prohibition of Chemical Weapons (OPCW) headquarters in The Hague.

The OPCW was investigating both the use of chemical weapons in Syria and the Salisbury nerve agent attack.