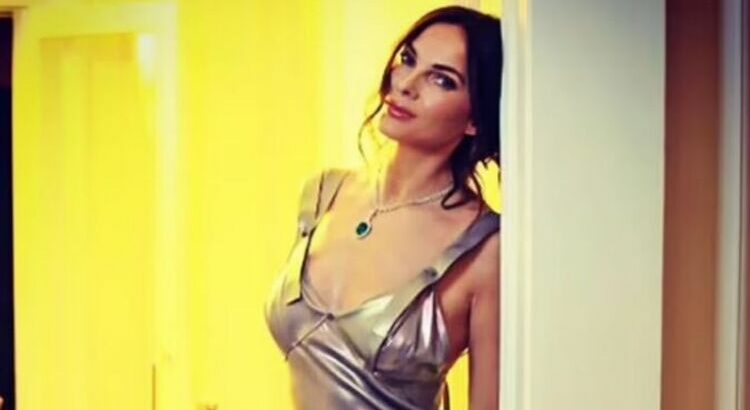 Zhanna Volkova, a London-based socialite and Russian celebrity, claims that her now estranged husband Kirill Shamalov has stopped her from meeting their newborn daughter.

Ms Volkova and Kirill Shamalov, who is said to be Russia’s youngest billionaire, married in 2018 and after several failed rounds of IVF, they hired a surrogate through a Moscow-based agency.

Their daughter was born in October last year and Ms Volkova, 44, is yet to meet her after Shamalov’s associates warned her of repercussions should she continue trying to see her.

Mr Shamalov was formerly married to Putin’s youngest daughter Katerina Tikhonova before their divorce in 2013, and he is understood to have remained close to the Russian leader.

The relationship between Volvova and Shamalov is said to have broken down in the latter stages of pregnancy when Ms Volkova made the decision to move to London.

She claims to have been cut out of the surrogacy after the move, with the Moscow agency telling her they were no longer in contact with the surrogate carrying her child.

Ms Volkova told the Daily Mail: “I was stuck in London with Covid.

“As soon as I could, I flew to Moscow.

“I waited for him [Shamalov] for three days. He told me he has a new girlfriend but he did not want a divorce. He wanted to hurt me”.

She has since been told his new girlfriend is fashion designer Anastasia Zadorina, the daughter of a top FSB general.

Speaking about their baby, Ms Volkova said: “I heard he named her Anna, though we had agreed on Elizabeth after the Queen.

She claimed that one of Shamalov’s associates warned her of the repercussions if she continues trying to see their child.

His lawyers are understood to have demanded she sign all rights away to see the baby but she refused and later fled Moscow over fears of her own safety.

Ms Volkova now lives in London with her twin sister and teenage son from a previous marriage, and is divorcing Shamalov for £45million.

Speaking of the one 3D scan she has of her daughter, she said: “I live with this small picture.

“I want her to know she has a mother who didn’t run away from her. He can keep the £45million. I just want to see her.”