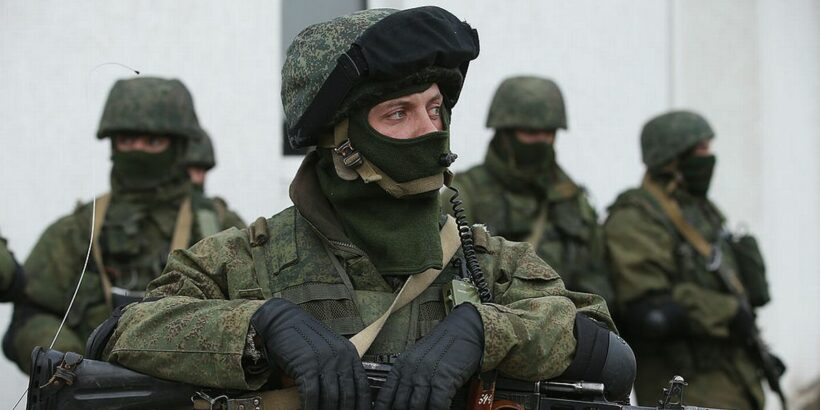 Vladimir Putin's calamitous invasion of Ukraine has taken another hit as it emerged he's promised soldiers wages so high they'd bankrupt his country.

As casualties rise in the bloody conflict, Russia began a mass conscription process and recruited, often forcibly, thousands of young men to join the wicked cause.

But in a hilariously short-sided move, it seems ol' Vlad's pockets aren't as deep as they once were and this new recruitment drive will cost Russia dearly.

READ MORE: Putin humiliated again as US jet draws 'sky penis' over Russian base in the Mediterranean

According to the Institute for the Study of War, the desperate Russians have offered salaries to troops that are more than twice the average civilian salary. The Express reports that these high salaries will put Russia under financial strain and may cost between 900 billion rubles and three trillion rubles in the next six months.

The report states that Russia could be paying off this latest round of pointless showboating for years to come.

It reads: "One expert predicted that payouts to mobilized men including social benefits may cost the Kremlin between 900 billion rubles and three trillion rubles (around $14.6-$32.4billion) in the next six months. "The number does not account for payouts to other categories of servicemen within the Russian forces such as BARS (Combat Army Reserve), volunteer battalions, and the long-term commitment to veterans' payments to contract servicemen, volunteers, non-military specialists who moved to occupied territories, and proxy fighters.

"The Kremlin is continuing to rely heavily on financially incentivizing Russians to fight in Ukraine, which will likely continue to strain the Russian economy for decades.

"Russian officials have been promising salaries to volunteers and mobilized men that are more than twice the average Russian civilian salary before and during Russia’s full-scale invasion of Ukraine."

So, all in all, invasion is going brilliantly eh Vlad?