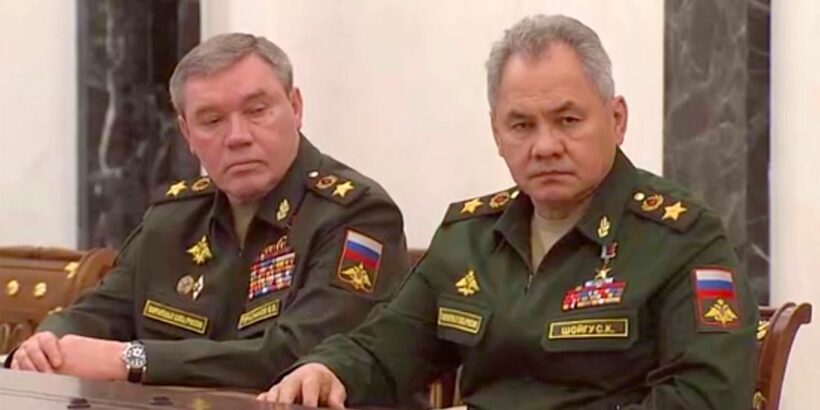 An "invader's manual" giving Russian troops the go-ahead to shoot dead "looters" and pet dogs and lie about it has allegedly fallen into Ukrainian hands.

The instruction blueprint, said to have been seized from Vladimir Putin’s forces, also tells soldiers to avoid using the words “killed, liquidated, [and] shot” when talking to locals – even if they commit such acts.

Such descriptions “impact on local residents extremely negatively” and should not be used, the document states.

Instead, they should say “the problem has been solved” if they kill a local deemed to be a looter or a member of the “territorial defence”, usually elderly reservists known as the Ukrainian Dad's Army.

"House dogs" are also legitimate targets to be shot dead, it says.

The alleged dossier says Russians should avoid telling locals that they have shelled their communities and tell them they are on a "humanitarian mission" bringing food if asked what they are doing there.

In a shocking understatement, it states: "Don’t explain that people in Donbas are getting shelled – local residents don’t take it well, don’t understand it."

Troops are also urged to answer a question with a question to dodge the truth and never use the word "war."

If asked why they carry weapons, they should tell people they are replacing the police because they "ran away" and that there are "looters and criminals, released by Zelensky."

The aim is to "seed the thought that the Ukrainian authorities are weak, that they escaped and left their people without money, food and pensions.”

The document purports to be from the Russian army, headed by defence minister Sergei Shoigu – a close Putin ally – and chief of the general staff Valery Gerasimov.

Soldiers are told not to “blame Ukrainians” but instead to claim the cause of their problems is Zelenskyy or his predecessor Petro Poroshenko and their Western “puppet masters”.