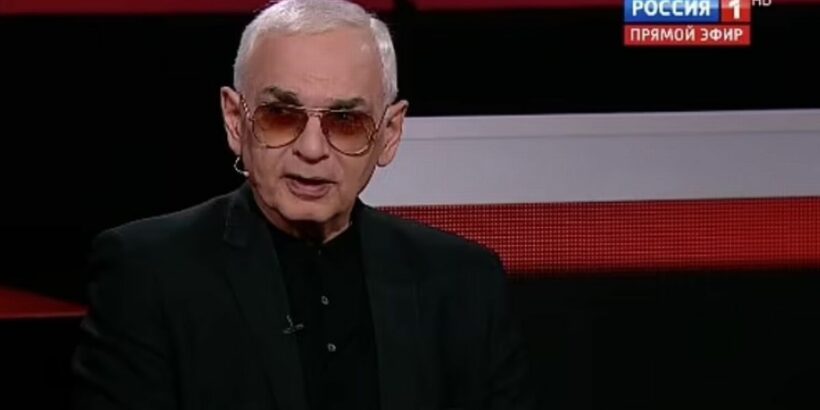 A TV host has threatened the opponents of the Russian war in Ukraine with cruel punishments such as "concentration camps and sterilisation" in a broadcast on tinpot Russian state TV.

Pro-Putin filmmaker Karen Shakhnazarov warned that any "opponents to the letter Z" ( a symbol of Russia's invasion) will face "no mercy".

He made the chilling threat on state-owned television channel Russia 1 and said that anyone who plans to aid Ukraine from the West will be tortured.

"The opponents of the letter Z must understand that if they are counting on mercy, no, there will be no mercy for them," he declared.

"It's all become very serious. In this case, it means concentration camps, re-education and sterilisation."

Shakhnazarov later alleged that his remarks has been taken out of context but failed to give further explanation.

President Putin recently branded the opposition as "gnats" and "traitors" who try to take down the country for the West.

"The Russian people will always be able to distinguish true patriots from scum and traitors and will simply spit them out like a gnat that accidentally flew into their mouths — spit them out on the pavement," the tyrant said in March.

"I am convinced that such a natural and necessary self-purification of society will only strengthen our country, our solidarity, cohesion and readiness to respond to any challenges."

The Daily Star previously reported how a state broadcaster made a terrifying prediction and claimed that Putin will launch a nuclear war on the West before accepting defeat.

Editor of RT Margarita Simonyan said: "Either we lose in Ukraine or the Third World War starts. I think World War Three is more realistic, knowing us, knowing our leader."