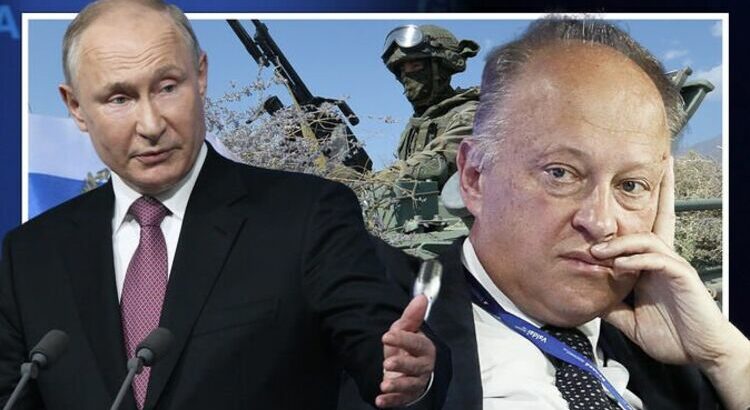 Andrey Kortunov, director general of the Russian International Affairs Council, broke ranks today (Wednesday) to call for a ceasefire as a “top priority”. The Russian figure added that he and many others were “depressed” by the conflict.

The Russian military has stepped up its offensive on Ukraine, including heavy missile bombardment of the capital Kyiv.

Ukrainian armed forces and civilians have held off the invading troops as the incursion reaches its seventh day, but have reported tragic casualties as a result of Russian attacks.

There have been claims that Russia has been deliberately hitting civilian targets to make their presence in the country seem greater.

Yesterday (Tuesday), the International Criminal Court announced that it would investigated potential war crimes committed by Russia as part of the offensive.

Karim Khan QC, the ICC’s prosecutor, said that “there is a reasonable basis to believe that both alleged war crimes and crimes against humanity have been committed in Ukraine”.

Thousands of Russians have taken to the streets in protest of the invasion, despite harsh laws in Russia concerning freedom of expression.

Speaking to Sky News, Mr Kortunov said: “This is very embarrassing for all of us – not only because we turned out to be wrong, but also because all Russians will be in a difficult position in many countries.”

The foreign policy expert added: “I was shocked because for a long time, I thought that a military operation was not feasible. It was not plausible.

“My advice today, given the current situation on the ground, would be to turn a ceasefire into the top priority. We have to stop the conflict.”

Mr Kortunov told the news channel that he had not understood Putin’s reasoning for the invasion, noting that it had already made the Russian leader a pariah on the world stage.

According to recent reports, Putin has increasingly relied on the “Siloviki” – a group of advisers comprised of security figures, many of whom rose through the ranks of the KGB as he did.

They are said to take a hawkish view, and believe Russia is in an existential battle with the West.

It is believed that they were instrumental in Putin’s more aggressive foreign policy in recent years, and may have had the Russian President’s ear when it came to invading Ukraine.

He added: “I’m depressed. I think many of us are depressed.

“It’s something that we should never forget.”

Mr Kortunov is not the only person expressing their dissent publicly, as Putin’s stranglehold on Russia begins to lose grip.

Yesterday, more than 4,000 Russian scientists and science journalists signed an open letter condemning the war, foreseeing that they “will no longer be able to do our job in a normal way because conducting scientific research is unthinkable without cooperation and trust with colleagues from other countries”.

Following Putin’s claim that he was invading Ukraine as part of a “denazification” effort, the signatories added: “Ukraine has been and remains a country close to us. Many of us have relatives, friends, and colleagues living in Ukraine.

“Our fathers, grandfathers, and great-grandfathers fought together against Nazism, and unleashing a war for the sake of the geopolitical ambitions of the leadership of the Russian Federation, driven by dubious historiosophical fantasies, is a cynical betrayal of their memory.”

Speaking to the House of Commons last week, Boris Johnson said “to the people of Russia, whose President has just authorised an onslaught against a fellow Slavic people, I cannot believe that this horror is being done in your name”.

In a statement released on Friday, the Prime Minister said in Russian: “I do not believe this war is in your name. It does not have to be this way.

“This crisis, this tragedy can and must come to an end.”