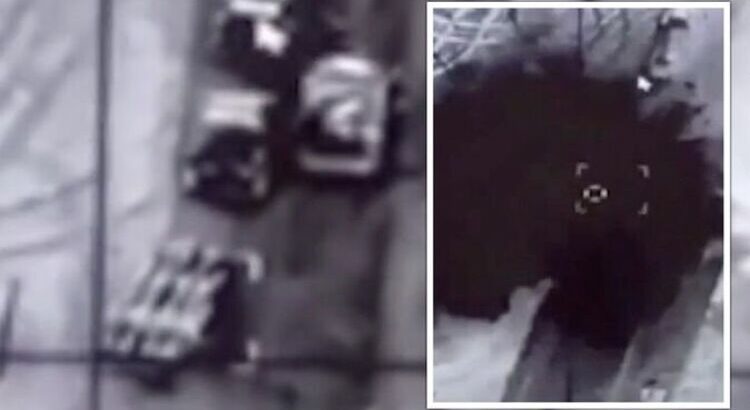 Defence Secretary Ben Wallace said reports have begun to emerge of Russian soldiers surrendering to Ukrainian troops, and some Russian militants have chosen to run away as they do not want to fight. There has been major global political pushback against Vladimir Putin ordering his troops to enter Ukraine and take Kiyv last week The Defence Secretary explained that many Ukrainians and Russians are related, and have families on both sides, making it harder for some Russian soldiers to attack their neighbours under Putin’s orders.

Mr Wallace told the BBC: “This is an army and a leadership, rather than an army who doesn’t really care much about its soldiers and its conscripts.

“And will be willingly pitting them into very dangerous areas, but that doesn’t always work.

“We’ve seen right now it isn’t working and there are many reports of Russians either deserting or surrendering.

“Because they are confused as much as anyone, as to why they are engaged in a war with people they’re probably related to.

JUST IN: Ukraine invasion: Liz Truss urges NATO to boost defence spending – ‘Doing all we can’

Mr Wallace added: “There are lots of people who have Ukrainian mothers or who have spent lots of time [in Ukraine].

“So I think, one of the worries is a solution, or the Russian doctrine is more violence.”

Multiple reports and videos from Ukrainians showing captured Russian soldiers who chose to surrender, explaining that they were tricked into thinking they were only practising military exercises not going to war.

There has also been footage circulating media platforms of empty Russian tanks that soldiers abandoned as they also chose to abscond from their military duties and flee.

Ukraine ‘is not our war' says former Belarus lieutenant colonel

The latest reports have exposed that Putin has already lost 146 tanks and 4,300 are dead.

“The world doubted. But we did not just stand, we confidently continue to fight with Russian occupant! “We showed the world – don’t be afraid of Russia, be strong & repel it! Support of Ukraine must be more stronger! Your safety depends on us!”

Another report posted on Facebook by the General Staff of the Armed Forces of Ukraine said: “Conducting an offensive operation in Ukraine, the Russian occupiers use methods of war prohibited by international humanitarian law: seize social infrastructure, wear the uniform of the Ukrainian military, police and State Emergency Service, sabotage special forces use ambulances and police cars stolen from hospitals and ambulance car stations; terrorists occupy children’s camps and schools, enemy artillery and MLRS are deployed on sports grounds.

“Three ambulances with conditional markings of invaders were recently spotted in Kyiv.

“In the Genichesk district of the Kherson region, the Russian occupiers deployed MSTA-C artillery units in residential buildings.

“A line is moving in the direction of Makarov – Kyiv, and the enemy has placed children and women on the armoured vehicles to cover them.

“However, the moral and psychological condition of the occupying forces is low.

“Near Koryukivka in the Chernihiv region, conscripts of the Russian Armed Forces are ready to lay down their arms and surrender.

“Hundreds of disabled armored vehicles and tanks have been abandoned all over Ukraine.