Ruth Davidson today gave her backing to Jeremy Hunt’s call for ‘substantial’ extra funding to be pumped into the NHS to mark its 70th anniversary.

She urged Theresa May to put funding the health service ahead of giving voters future tax cuts.

And she also reiterated her call for the Government to scrap their target to get immigration down to the tens of thousands and take students out of it.

The Scottish Tory leader said that concerns about the number of immigrants moving to Britain has subsided since the Brexit vote.

In a speech in Glasgow University tonight, Ms Davidson set out her vision for Britain – spanning immigration, housing, the NHS and education.

It comes amid continued speculation that she will be a future Tory leader and Prime Minister. 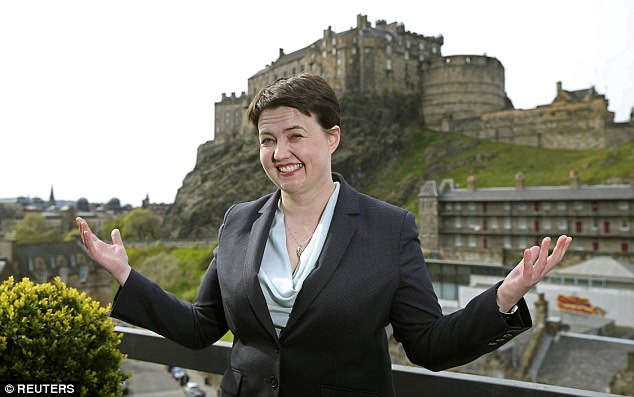 Ruth Davidson (pictured outside Edinburgh Castle) today gave her backing to Jeremy Hunt’s call for ‘substantial’ extra funding to be pumped into the NHS to mark its 70th anniversary.

Reports at the weekend claimed Tory grandees are plotting to oust Mrs May and replace her with Michael Gove as a caretaker leader before eventually installing Ms Davidson.

In her speech tonight, Ms Davidson added her voice to the growing number of frontbench Tries  demanding major new investment in the NHS.

What does Ruth Davidson say in her speech?

Here are the main points of Ruth Davidson’s wide-ranging speech on domestic reform:

She said: ‘The simple choice is this –  if we want to continue to adhere to the principles of our NHS then we need to find extra funding above and beyond the increases of recent years.

‘So, as we prepare to mark the 70th anniversary of the NHS later this summer, I very much support the proposal for substantial extra funding across the whole of the UK to put the NHS on a firm and solid footing for the long term.

‘The obvious question is: where should this money come from….My view is this: the UK Government has acted to reduce the tax burden on working families.

‘It has honoured its promise to do so. Raising the income tax threshold has reduced taxes for millions of UK workers and has taken thousands out of taxation altogether.

‘But the UK Government has a choice to make. And, if that choice is between extra spending on the NHS or introducing further tax breaks beyond those already promised, I choose the NHS.’

She also called for Mrs May to scrap her target to reduce net migration to the tens of thousands – pointing out that the Brexit vote has taken the sting out of the immigration debate.

Ms Davidson, who is pregnant with her first child, said she wants EU citizens who live in the UK to stay.

She told the audience he has a vested interest in the debate as her partner Jen Wilson is Irish and therefore an EU citizen. 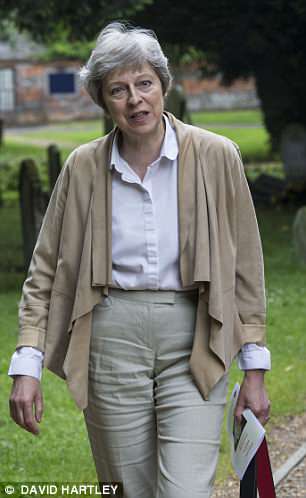 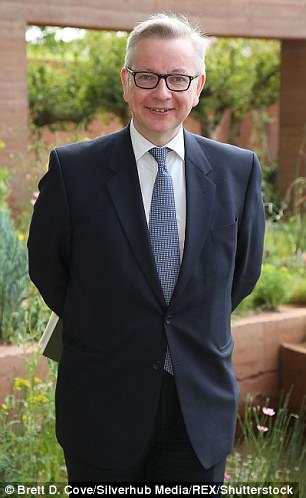 She said: ‘I have said this before but I will repeat it tonight: I see neither the sense nor the need to stick to an immigration figure devised nearly a decade ago, which has never been met and does not fit the requirements of the country.’

Ms Davidson added: ‘Even if that target were to stay, I see no reason why overseas students should be included within the numbers counted.’

And she wants a new housing and infrastructure agency crated in Scotland to oversee the building of new homes.

Ms Davidson is tipped as a future Tory leader, with her energy and popuarity with voters seen as an antidote to Mrs May’s more robotic stle.

She has so far played down talk of heading to Westminster to become an MP and Tory party leader.

But her wide-ranging speech will fuel speculation she is lining herself up to be a future leader.