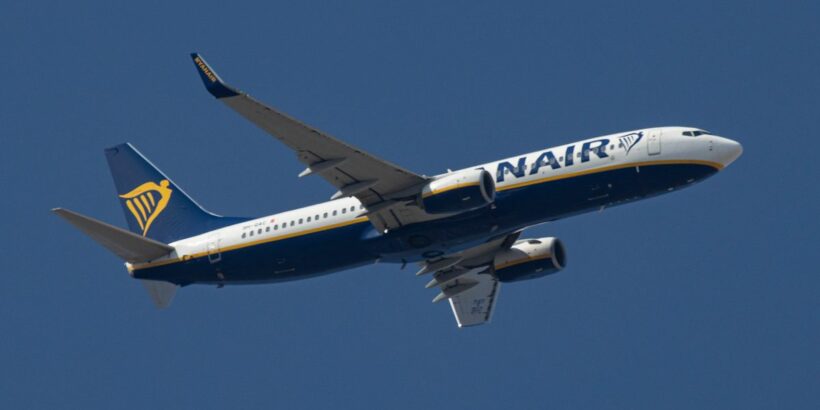 A Ryanair flight has declared a mid-air emergency as it flies over the UK.

According to Flightradar24, the RYR73DT flight left Berlin for Edinburgh Airport earlier on Friday morning, September 17, before issuing a squawk 7700 alert.

A message was sent to Air Traffic Control as it passed over Newcastle upon Tyne.

It had been scheduled to land in Scotland at 11.05am.

Flightradar24, which tracks over 180,000 flights around the world in real-time, says the plane landed in Edinburgh two minutes sooner than expected.

A Ryanair spokesperson said: "This flight from Berlin to Edinburgh (17 Sept) was directed by UK Air Traffic Control to initiate a precautionary landing due to tyre debris found on the runway after its departure from Berlin.

"The aircraft landed normally at Edinburgh airport, all tyres were inspected and no damage was detected."

Captain Hoke, who pilots Boeing 757/767 aircraft, told the website that a squawk 7700 alert can be issued for a range of reasons.

Most of them, however, are not immediately life-threatening.

Captain Hoke said: "In most “emergencies,” we aren’t in a big hurry. Unless it’s smoke, fire, or low on fuel, we can usually take our time to evaluate the problem.

"If we are in cruise flight and get a warning message of some sort, we may spend several minutes working the problem with a checklist.

"If time permits, we can contact dispatch and maintenance personnel via radio or SatComm to get additional guidance.

"If we determine that the capabilities of the aircraft have been reduced, we may elect to declare an emergency and figure out the best place to land."