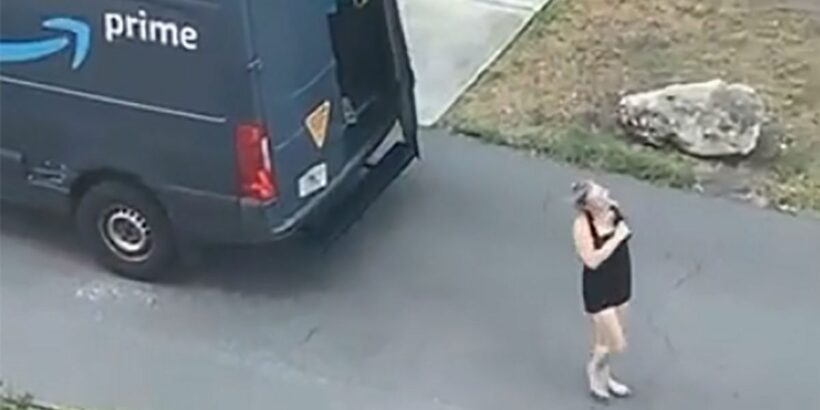 An Amazon driver who was sacked after a clip of a woman crawling out of his fan went viral has claimed that she was in fact 'his partner'.

The baffling clip of Tywan George's van was shared on TikTok and one week later he lost his job.

It was filmed back in July 2019 in Florida, but now Tywan has insisted that he was 'just doing his job', reports the Mirror.

Tywan told a TMZ reporter in a video call: "It was just a one-time incident, but I did what any other man in America would do.

"I felt like losing my job was the worse that they could do to me, there was no packages reported missing, nothing was reported stolen.

"It was just the incident went viral, that's what cost me my job.

Answering questions specifically about what he was doing in the back of the truck in the viral video, he said he was "just doing my job" and that the woman was his "partner".

The clip shows the van doors slowly being pushed open before a blonde woman dressed in a black dress and flip flops sneaks out and casually goes on her way.

She looks like she is taking a phone from her dress to make a call as she leaves the van.

The clip emerged on TikTok and has amassed more than 11 million views.

Users of the social media platform were quick to joke about what may have been occurring in the back of Tywan's van.

One user wrote: "Package will be delivered in 9 months. Thank you"

While another joked: "He was just showing her his package"

Others suggested it was a new service provided by the delivery giant: "This is Amazon's new back door service!"