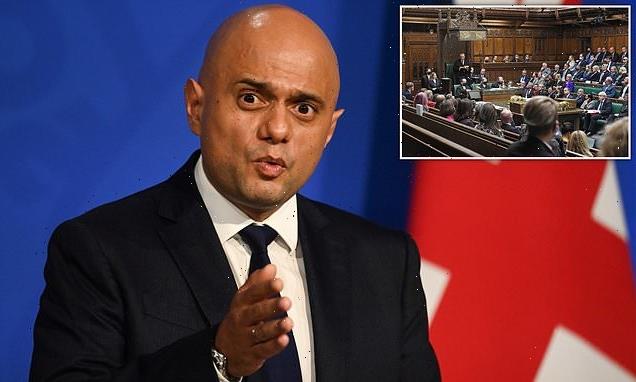 Health Secretary Sajid Javid ditches call for Tory MPs to wear face masks in the House of Commons, saying it is a ‘personal decision’ but insists he will wear a covering when it is ‘packed’

Sajid Javid today ditched his call for Tory MPs to wear face masks in the House of Commons as he said it is a ‘personal decision’.

The Health Secretary last week urged his colleagues to wear coverings as he said MPs ‘have a role to play to set an example’.

He has now backed down after a Cabinet row but said he personally will be wearing a mask whenever the Commons chamber is ‘packed’. 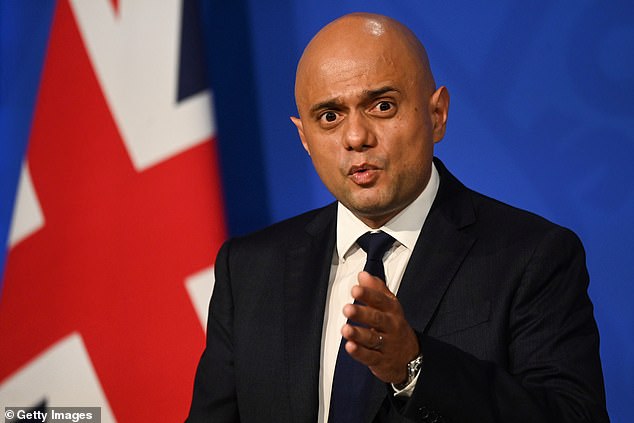 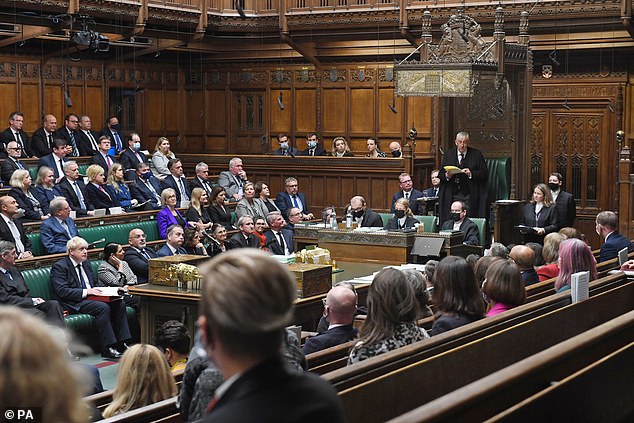 The Health Secretary last week urged his colleagues to wear coverings as he said MPs ‘have a role to play to set an example’. The Commons is pictured on Wednesday October 20

Current guidance in England is to wear masks in crowded and enclosed spaces where individuals ‘come into contact with people you don’t normally meet’.

Mr Javid was told at a Downing Street press conference last week that Tory MPs failing to wear masks in the Commons left the Government open to accusations of not practicing what it preaches.

The Health Secretary said at the time: ‘We also have a role to play to set an example as private individuals as well, I think that’s a very fair point and I’m sure a lot of people will have heard you.’

But Jacob Rees-Mogg, the Commons Leader, then claimed face masks were not necessary because Tory MPs ‘know each other’ and have a ‘convivial, fraternal spirit’.

Mr Javid was asked this morning if he will be wearing a mask at the Budget on Wednesday this week.

He told BBC Radio 4’s Today programme: ‘If I am in the chamber on Budget day, given that it will be packed, I will be, yeah.’

But Mr Javid then declined to repeat his call for his Tory colleagues to also cover up.

He said: ‘Look, the guidelines are clear. It is for people to make a personal decision on how they see the risk for them and those around them and this obviously is a workplace setting.

‘So it is going to be a decision for them. But I can speak for myself.’

Mr Javid was asked about Mr Rees-Mogg’s comments and he said: ‘Well, as he has said, and others, our guidance is just that, it is guidance, it is not mandatory in any setting.

‘I think by the way we were right to make that decision back in July when we took the move to step four.

‘But it is important that the guidance is there for everyone to look at and then to make their own decision.’

Downing Street declined to back Mr Javid at the time as it insisted that masks are a matter of ‘personal judgement’.