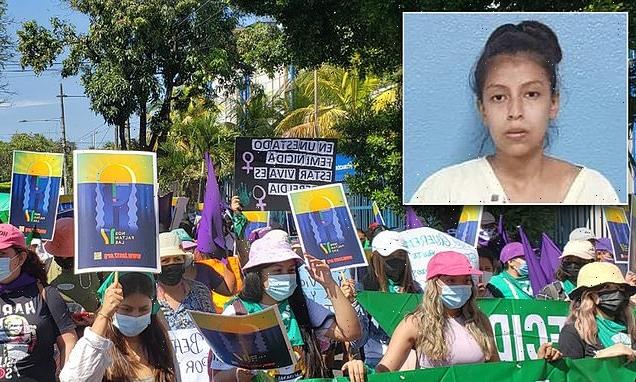 El Salvador woman is jailed for 50 years over a MISCARRIAGE: Mother, 21, who claims she lost her baby is convicted of stabbing him in the neck six times in illegal abortion

A 21-year-old woman in the western region of El Salvador has been sentenced to 50 years in prison for aggravated homicide after authorities claimed she killed her baby girl after giving birth.

Lesly Ramírez was home the night of June 17, 2020, when she felt the instant urge of to go the bathroom, according to Citizen Group for the Decriminalization of Abortion, a feminist non-governmental organization that defended the woman.

Ramírez, who was 19 years old and five months pregnant at the time, went to the outhouse and recalled how ‘something (came) out of me’ as she unexpectedly delivered the unborn child.

Morena Herrera, head of the NGO, told Reuters that Ramírez had tried to cut the umbilical cord herself after the miscarriage, but it was dark and her home had no electricity.

She was taken to San Juan de Dios Hospital in the western department of San Miguel for treatment and a week later was placed in pre-trial detention during a court hearing she was unable to attend because of her ailing health. 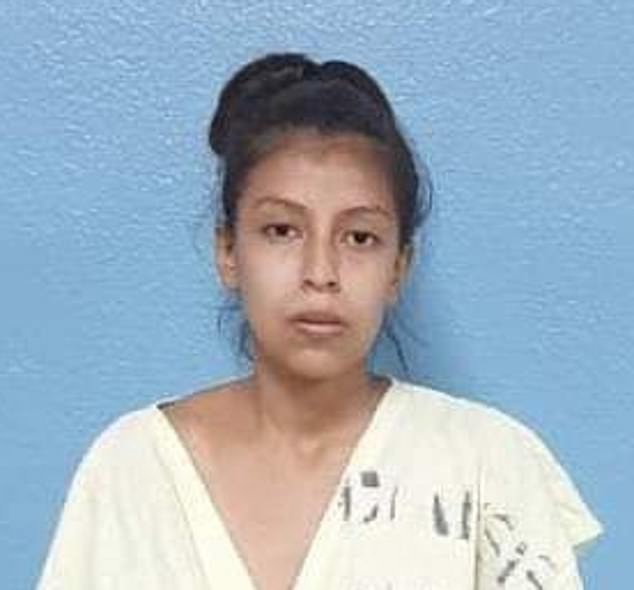 Lesly Ramírez was sentenced last week to 50 years in prison over the murder of her baby girl in June 2020. But an abortion rights group that is defending the 21-year-old Salvadoran argues that she had suffered a miscarriage

Abortions supporters protest in El Salvador following the 50-year prison sentence that was handed down to a 21-year-old Lesly Ramírez, who was accused by authorities of killing her baby girl by stabbing it in the neck six times in June 2020. Ramírez’s defense team argued that she suffered a miscarriage

Salvadoran authorities, however, argued that Ramírez carried her baby to near-full term and that after having the baby, she stabbed it in the neck six times.

‘It is not the first time that the prosecution has constructed a story that totally criminalizes women,’ Herrera said.

Ramírez was sentenced to 50 years in prison for aggravated homicide on Wednesday.

The Citizen Group for the Decriminalization of Abortion plans to appeal the court’s verdict, which it described as being one-sided.

‘The legal process against Lesly was full of irregularities and prejudices, in that sense the defense requested to annul the investigation stage because the judge did not admit the incorporation of evidence that demonstrated his innocence, for example, he did not value the social medicine expert opinion evidence of the gender violence to which she had been subjected,’ Citizen Group for the Decriminalization of Abortion said in a statement.

El Salvador, has some of the world’s harshest anti-abortion laws, which ban all kinds of terminations even if the pregnancy poses a risk to the mother’s life or results from rape or incest.

The Salvadoran government did not respond to a request for comment.

El Salvador along with Nicaragua, Honduras and the Dominican Republic, are the only countries in Latin America that outlaw abortion without any exceptions.

At least four women are imprisoned and another five have been charged in El Salvador in cases similar to Ramírez’s, according to the Citizen Group for the Decriminalization of Abortion.