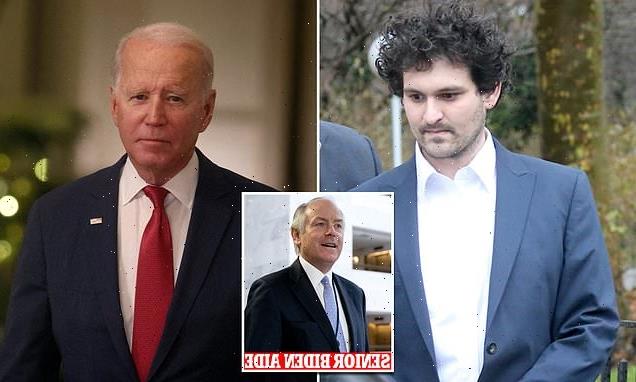 Disgraced cryptocurrency mogul Sam Bankman-Fried met with four Biden officials this year before the collapse of his FTX empire and his arrest in the Bahamas.

The Democratic donor, 30, awaiting trial for what prosecutors say is one of the biggest financial frauds in U.S. history held talks with senior White House advisor Steve Ricchetti on September 8, Bloomberg reported on Thursday.

He has had at least two other meetings with Ricchetti on April 22 and May 12 and another with top aide Bruce Reed.

Bankman-Fried’s brother Gabriel also participated in a meeting on his own on May 13.

The latest report is further evidence of the deep ties Bankman-Fried had with Washington before he was charged with swindling investors out of at least $1.8 billion.

The White House has refused to say whether Biden will give back some of the $5.2 million in donations from the fallen FTX founder gave to his campaign and connected groups in 2020. 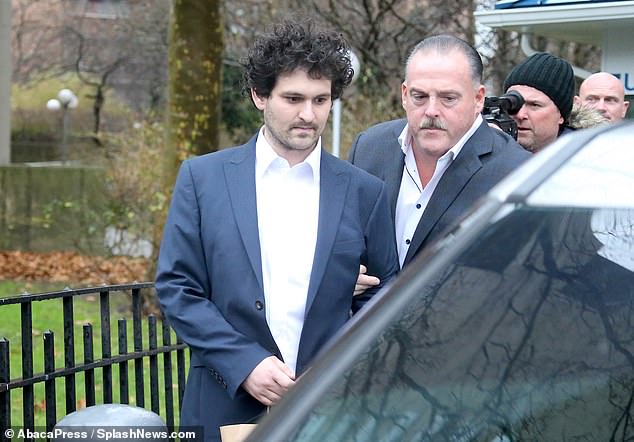 Disgraced cryptocurrency mogul Sam Bankman-Fried met with four Biden officials this year before the collapse of his FTX empire and his arrest in the Bahamas. He is pictured outside a New York federal court last week after his release on a $250million bond

Bankman-Fried is now under house arrest at his parents’ $4million home in Palo Alto, California, after he was freed in a Manhattan court on a $250 million bond. The former CEO, 30, is facing securities and wire fraud charges related to his collapsed crypto exchange FTX.

Bloomberg reported that the meetings focused on the crypto industry and exchanges, and did not involve politics.

Bankman-Fried was the Democratic party’s second biggest donor in the 2022 election cycle and has appeared in hearings on Capitol Hill. 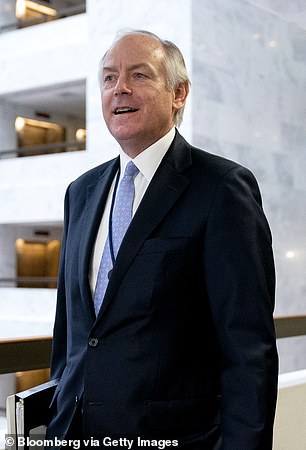 The Democratic donor, 30, awaiting trial for what prosecutors say is one of the biggest financial frauds in U.S. history held talks with senior White House advisor Steve Ricchetti on September 8, Bloomberg reported on Thursday

Candidates have now donated the cash to charity, given it back or are waiting for the Department of Justice to determine how it should be dealt with.

He will be arraigned in a Manhattan court on January 3 and if convicted on all charges, is facing 115 years in prison.

Following his December 12 arrest in the Bahamas, Bankman-Fried was held in the notorious Fox Hill Prison, where inmates are reportedly crammed in cells with multiple other inmates, without access to running water or other means of basic hygiene.

It was earlier reported that Bankman-Fried was held in the sickbay at the prison – dubbed ‘Fox Hell’ by fearful locals – where he reportedly received preferential treatment over other inmates.

The embattled crypto crook reportedly had access to his own toilet, running water, a TV, local newspapers, crossword puzzles and a host of other perks – including food that adheres to his vegan lifestyle.

Prior to his December 12 arrest in the Bahamas, SBF acknowledged risk-management failures at FTX, but maintained that he does not believe he is criminally liable.

Two of his chief associates, former Alameda CEO Caroline Ellison and former FTX chief technology officer Gary Wang, have entered guilty pleas over their roles in FTX’s collapse and have agreed to cooperate with prosecutors.

DailyMail.com has reached out to the White House for comment.

In December, White House press secretary Karine Jean-Pierre was asked whether Biden would ask the campaign to give back donations made from Bankman-Fried. 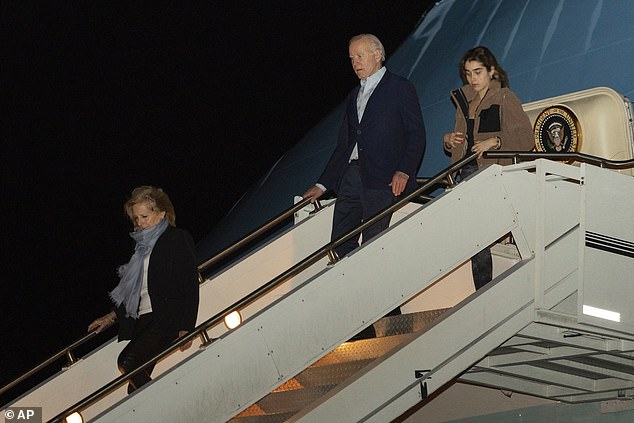 President Joe Biden, pictured with Jill Biden and granddaughter Natalie, arrived in St Croix on Tuesday evening to spend New Year’s Eve in the sun. The White House has refused to say if Biden will give back campaign donations from Bankman-Fried

She claimed she couldn’t answer because of the Hatch Act, which prevents civil service employees from engaging in political activities.

‘[I’m] limited on what I can say and anything that’s connected to political contributions from here, I would have to refer you to the DNC,’ she responded.

But on Tuesday, she faced pushback.

‘I’m asking the president’s opinion, though,’ an AP reporter pressed followed up.

‘You asked me two questions: You asked me about will he return donations and then you asked me about his opinion. I’m answering the first part, which is I’m covered by the Hatch Act from here. I’m limited on what I can say. And I just can’t talk to political contributions, or anything related to that,’ She continued. ‘I cannot speak to that from here.’