Wellington: The leader of the small Pacific nation of Samoa appealed for calm on Thursday after the country reported it’s first positive test for the coronavirus, although a second test on the same patient returned a negative result.

Samoa was among a dwindling handful of nations to have not reported a single case of the virus. 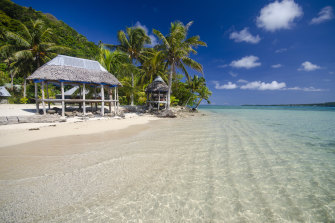 Samoa was among a handful of nations free of COVID-19.Credit:iStock

According to the Samoa Observer, the prime minister said the patient was a sailor who had been staying in a quarantine facility since flying in from New Zealand on Friday. He said the sailor returned a positive test four days after arriving, but then a second test on Thursday returned a negative result.

The prime minister said the Cabinet would meet Thursday to decide on any changes to the current virus settings, the Observer reported. Samoa is home to about 200,000 people.

Vanuatu reported its first COVID-19 case on Tuesday. The positive test was recorded in an asymptomatic 23-year-old citizen who returned to the nation from a "higher-risk location" in the United States, the country's Health Ministry reported.

He was seated separately at the back of the plane and was screened, transported separately from other arriving passengers and didn't share quarantine accommodation with anyone out of caution, it said.

There are few remaining places in the world that haven't reported positive COVID-19 cases, according to the World Health Organisation in its "Situation by Country, Territory & Area" table on its website. They are almost all remote locations, including the Federated States of Micronesia, Nauru, and Tonga.

There are more than 56 million cases worldwide, including more than 11.5 million in the US, the most of any country, according to data collected by Johns Hopkins University.