The shooter, who reportedly was armed with pipe bombs, has been arrested after exchanging fire with police Santa Fe High School, in Texas. 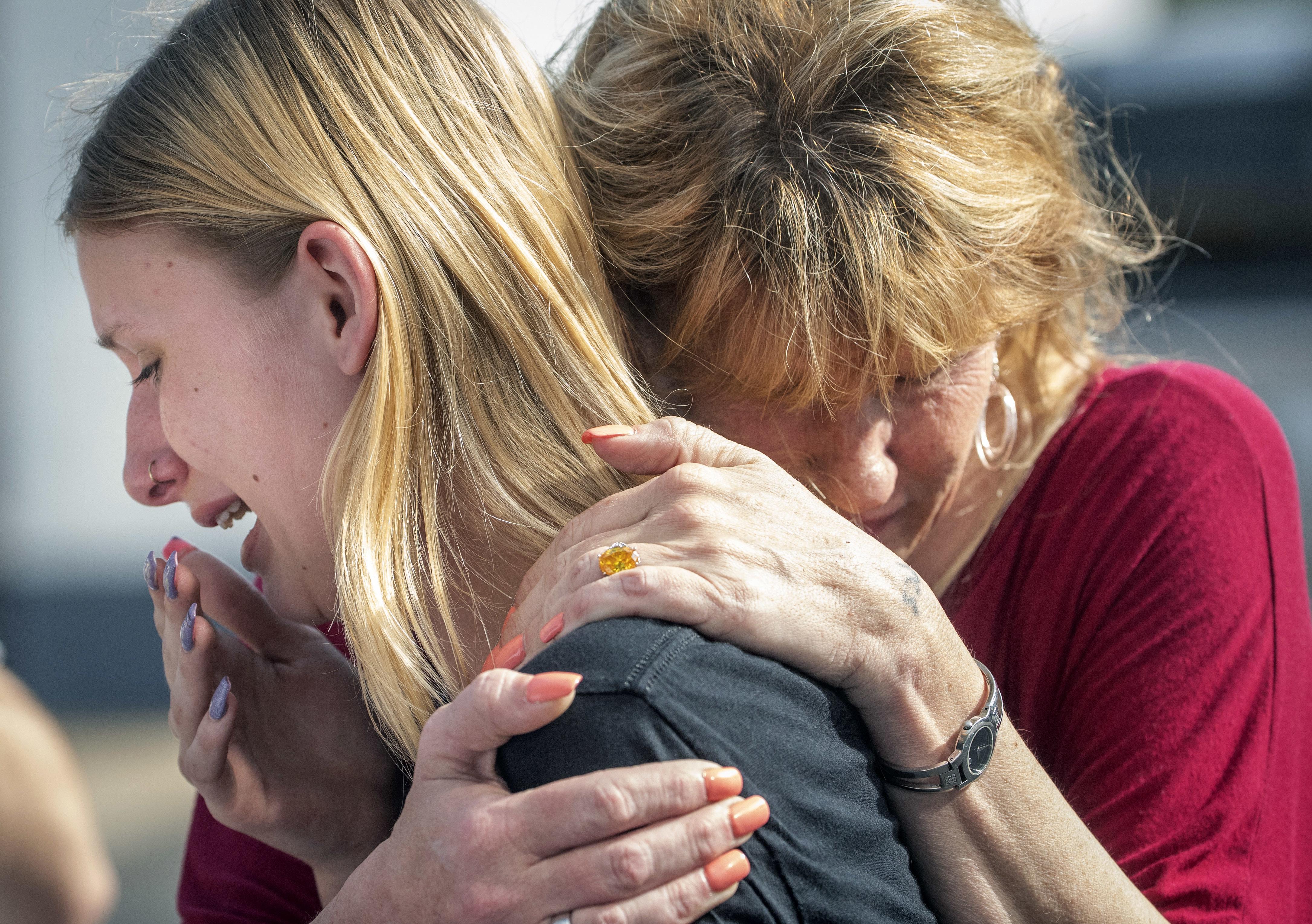 Law enforcement officials have confirmed that the shooter was a student, reports KHOU 11.

A witness told CNN that the shooter entered an art class and opened fire hitting one girl in the leg.

The teen suspect shot three people inside the classroom prompting other students to flee before the gunman opened fire in other parts of the campus, reports local media.

One witness reportedly said the suspect was armed with a pistol and a shotgun and "always walked around in a trench coat".

At least one police officer was wounded during the gun fight with the youngster, according to reports.

Footage from a CBS news helicopter shows dozens of teens being evacuated on the grass outside the school.

Student Leila Butler told ABC13 that fire alarms sounded at around 7.45am local time prompting teenagers to flee their classrooms. 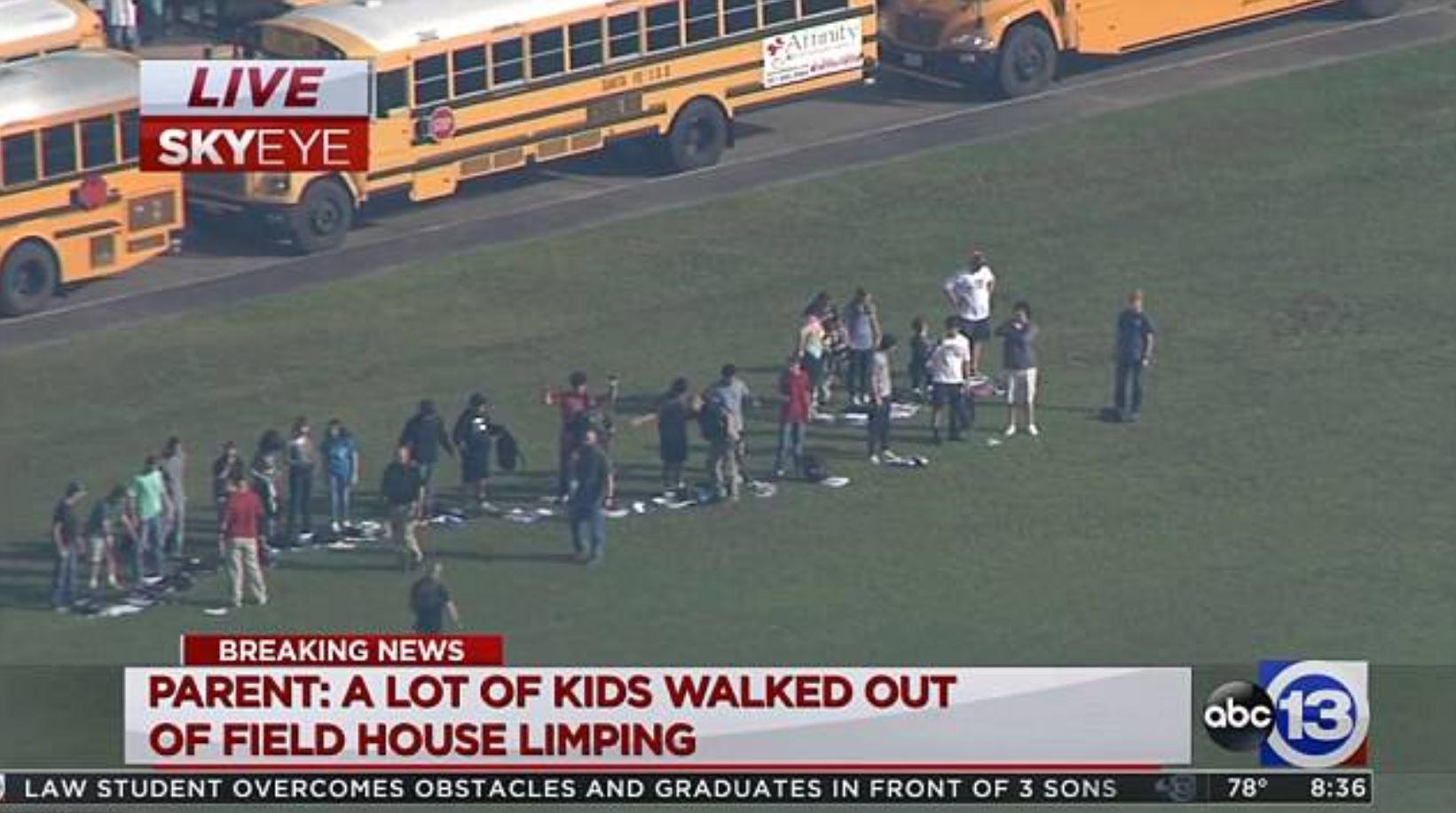 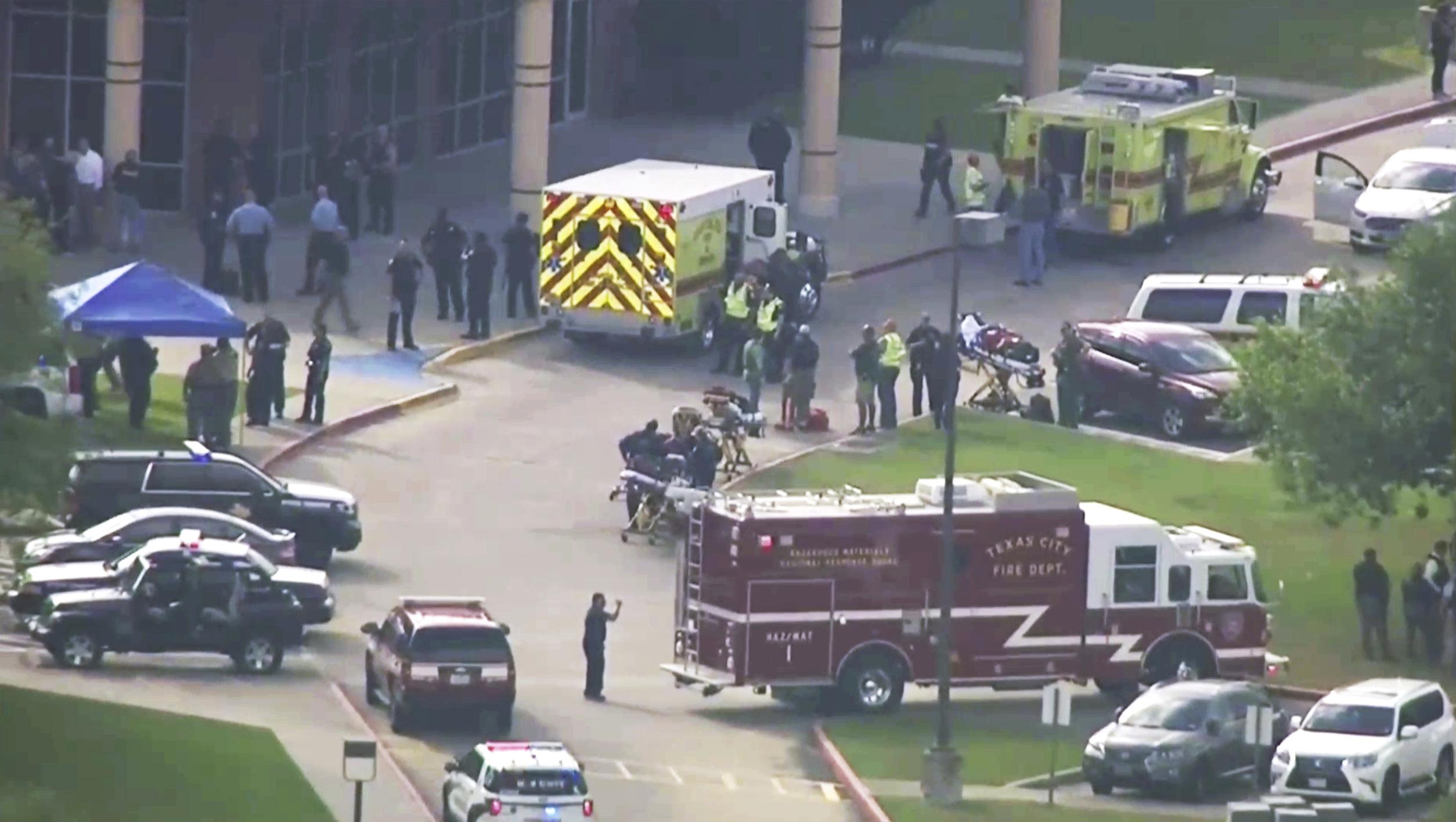 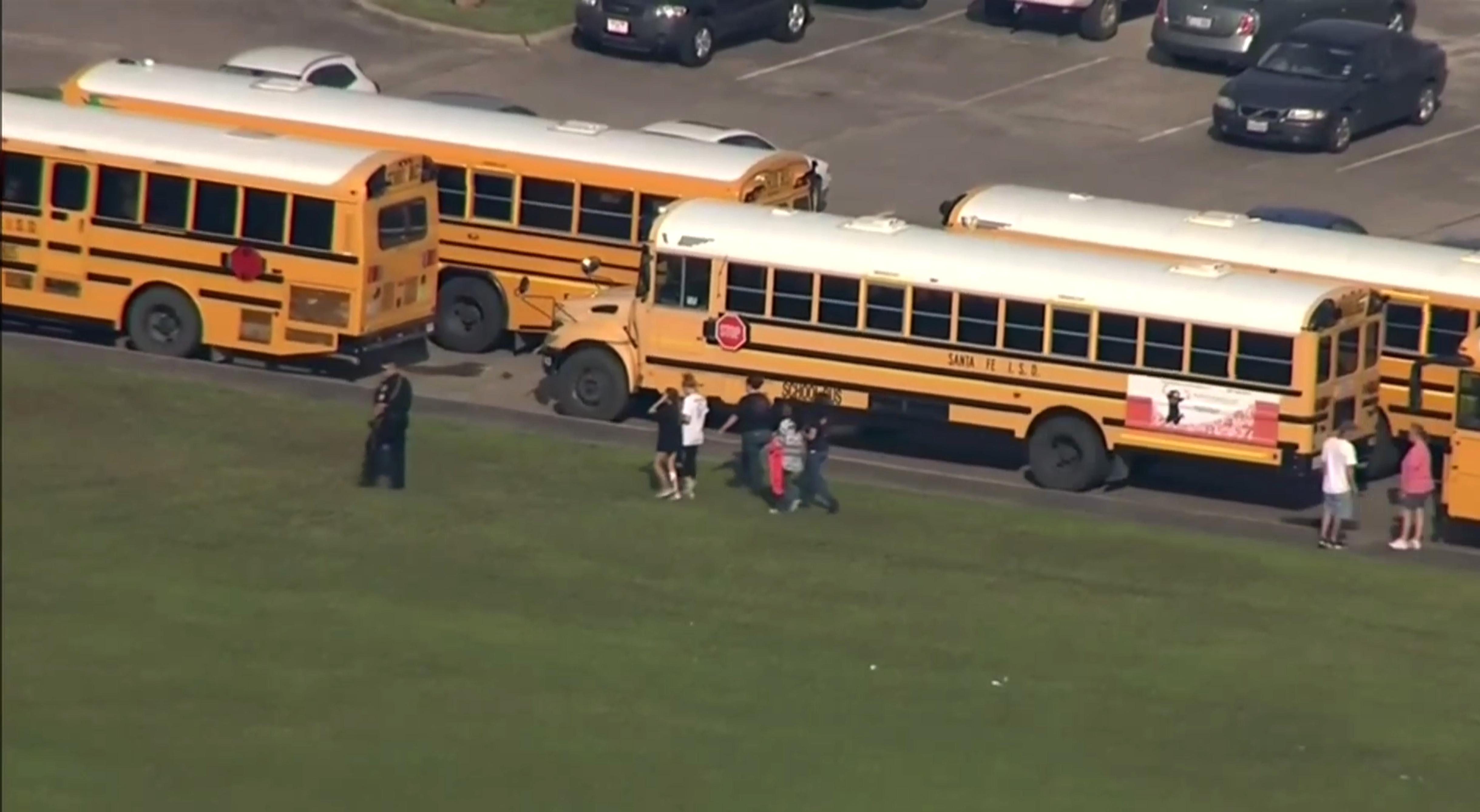 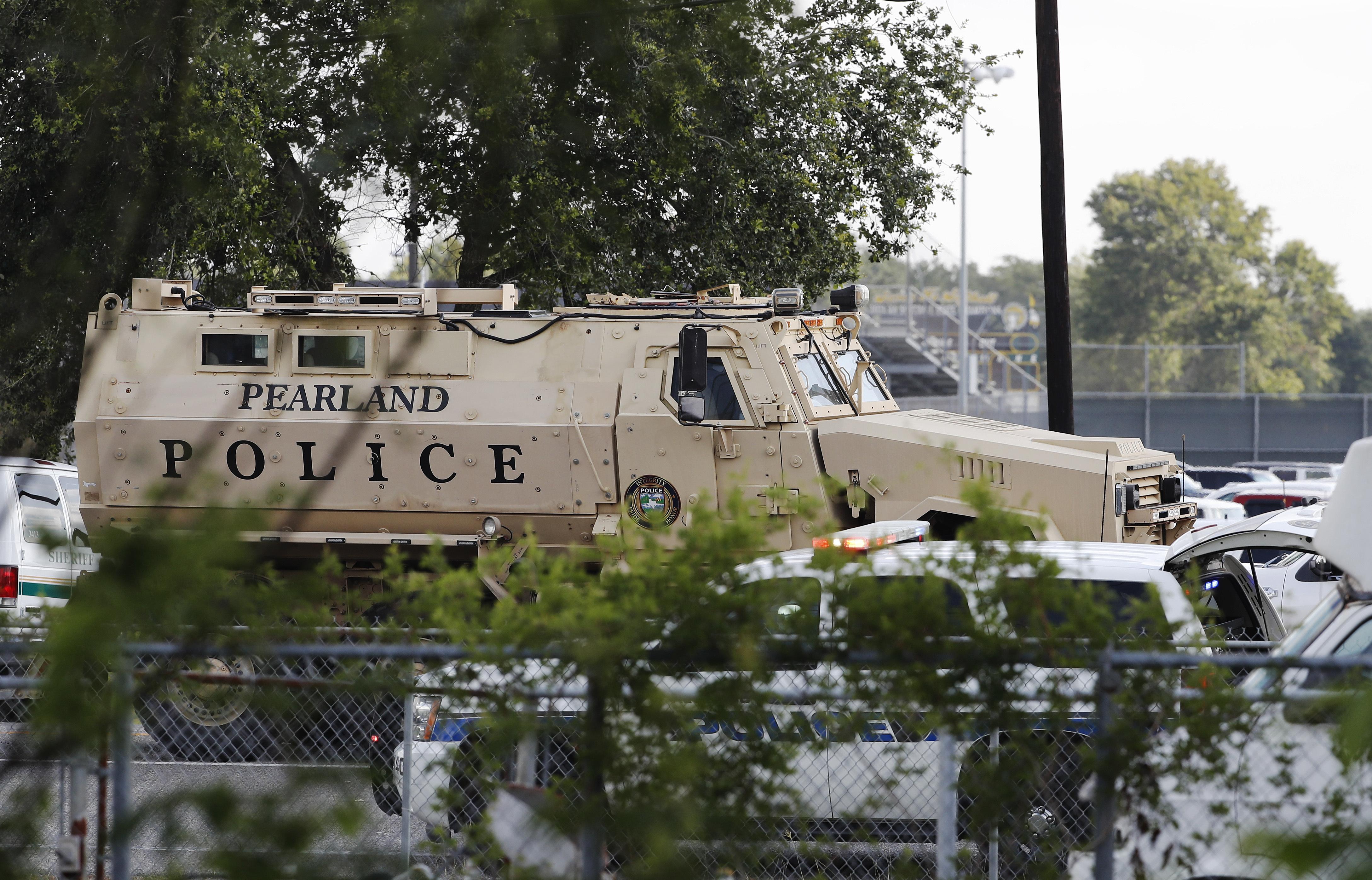 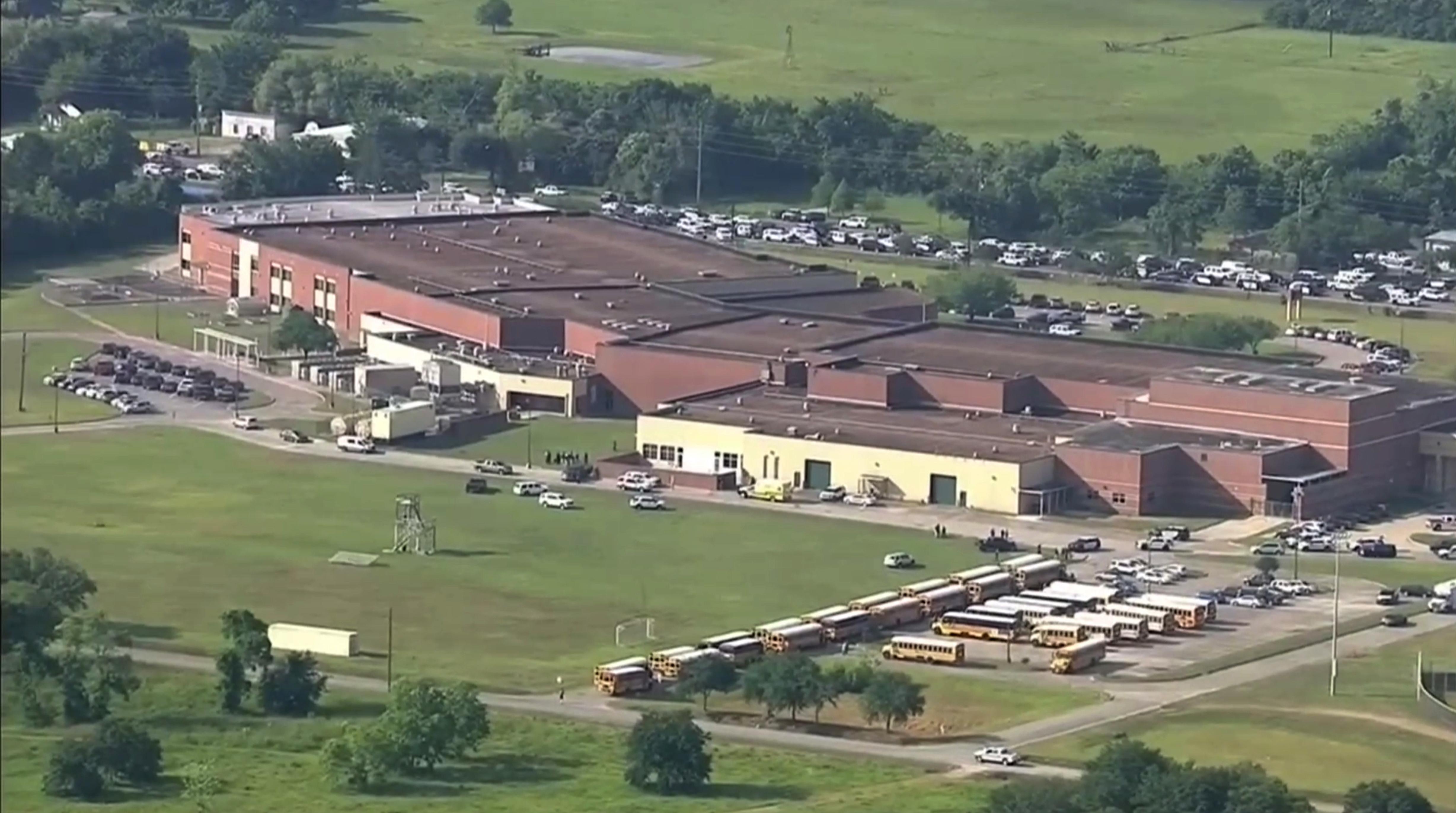 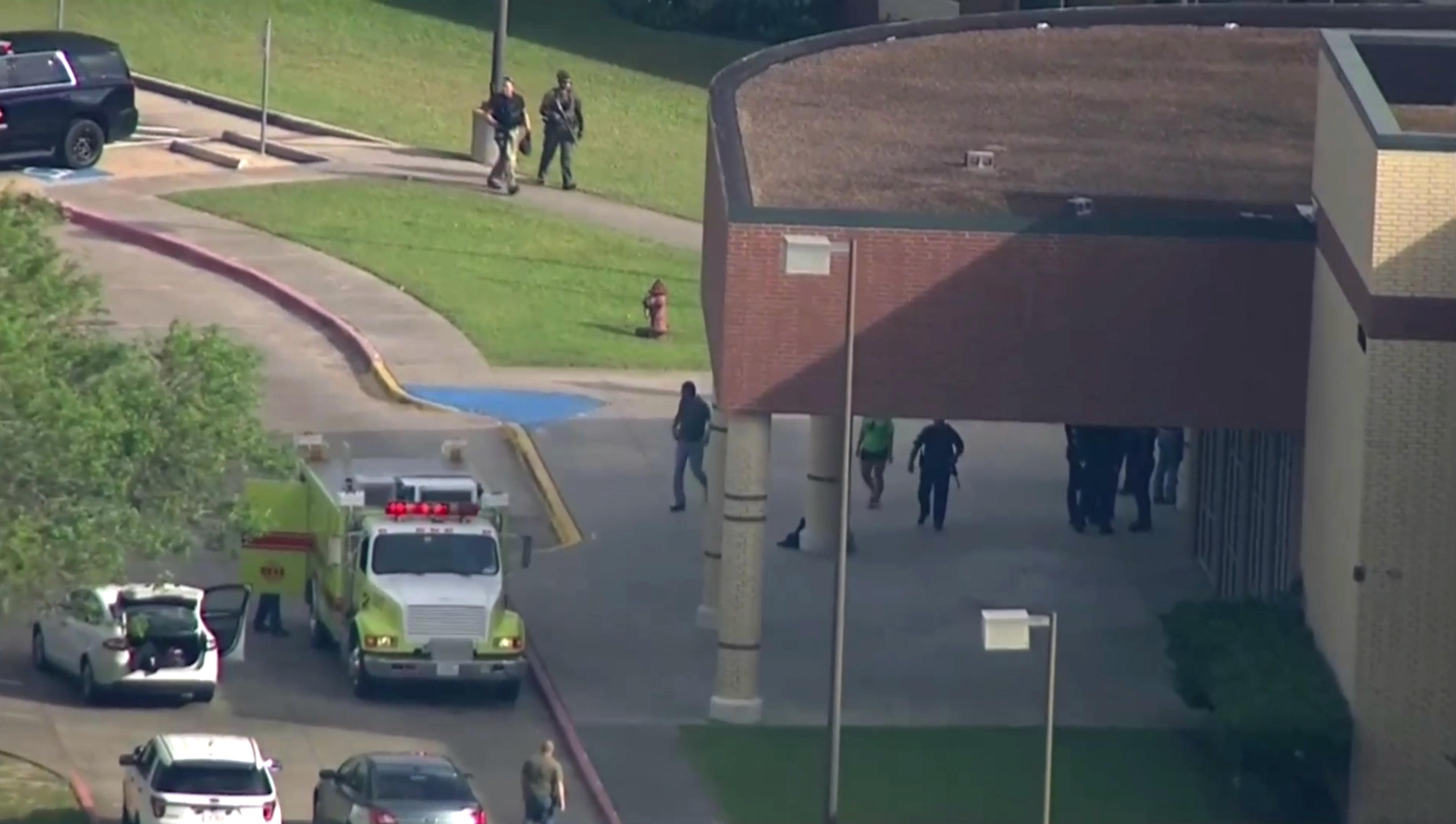 She told the news outlet that she heard gun shots being fired and is currently sheltering with teachers and fellow students near the campus.

Speaking to CNN, student Angelica Martinez, 14, said she heard gunshots after being evacuated.

She said: "We were all standing (outside), but not even five minutes later, we started hearing gunshots.

"And then everybody starts running, but like the teachers are telling us to stay put, but we're all just running away."

"I didn't see anybody shooting, but like (the gunshots) were kind of spaced.”

Santa Fe, which is 30 miles outside of Houston, has a population of around 13,000 while the school has about 1,400 students, according to GreatSchool.org.