A GEORGIA couple who dressed up as Santa and Mrs Claus for a maskless photo session attended by around 50 children have tested positive for coronavirus two days later.

Health officials were left scrambling after the unnamed couple took part in an annual Christmas parade and tree-lighting ceremony in Ludowici. 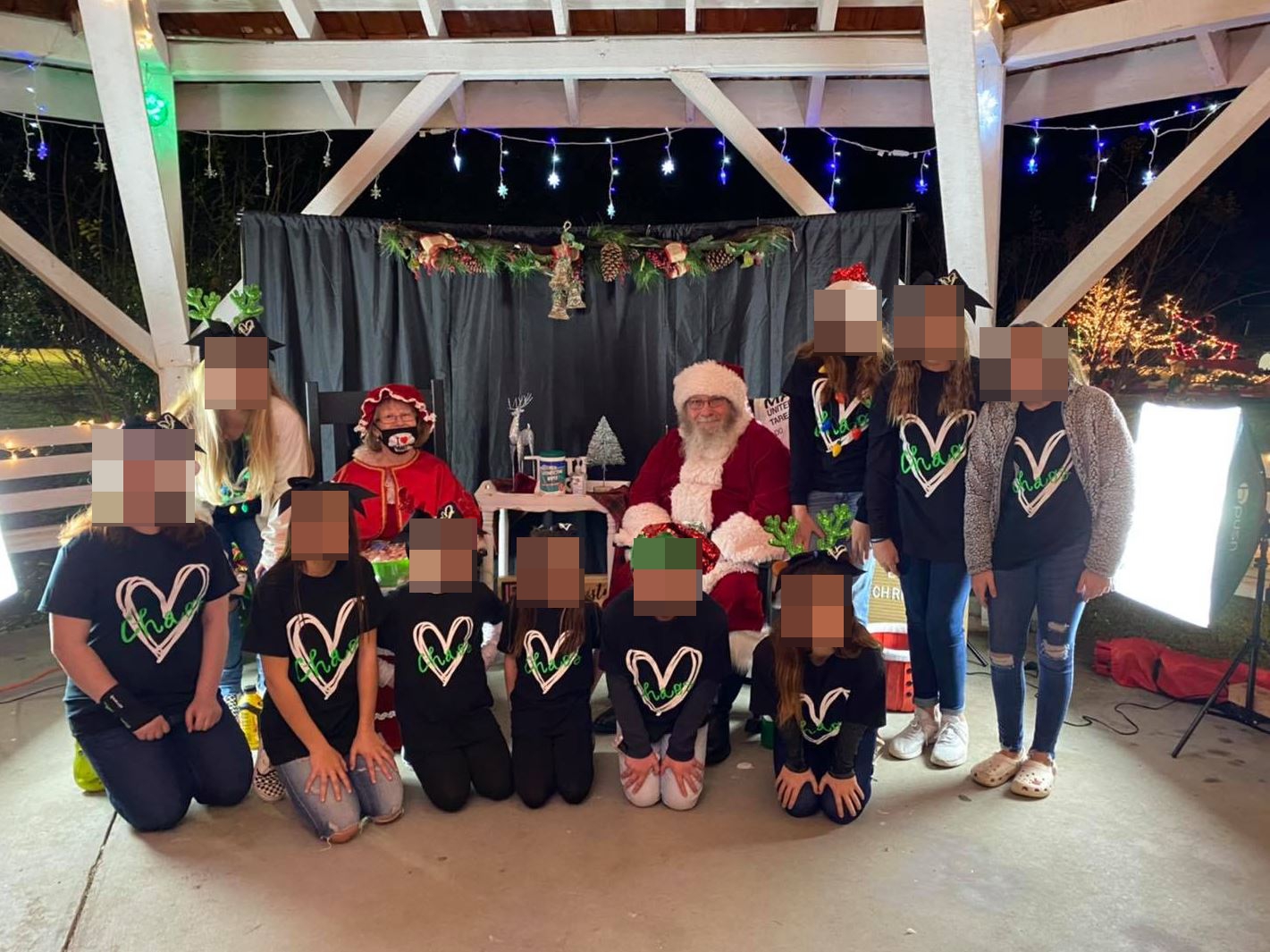 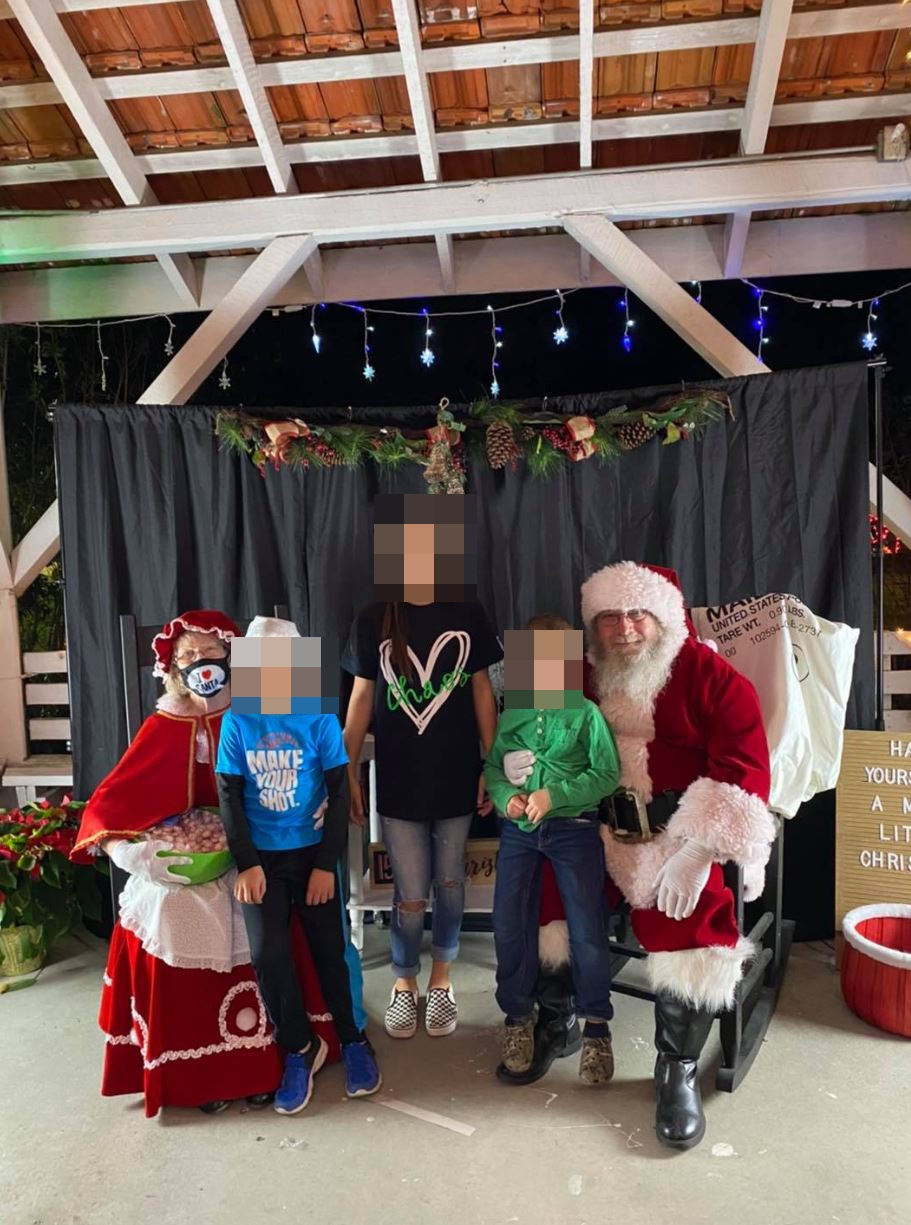 The chairperson of the Long County Board of Commissioners, Robert D. Parker, said the pair were not displaying symptoms at the time but tested positive on Saturday.

The couple arrived at the event on a fire truck on Thursday, before posing with at least 50 children – most of them photographed not wearing masks.

Children sat on their laps for traditional Christmas photos, but only Mrs Claus wore a mask.

Mr. Parker's two children also attended the event and were photographed without a face covering, although he said they did not sit on Santa's lap.

He defended the decision to allow the event to go ahead, suggesting the children ran the same risk of exposure at school.

Despite the scores of children in close proximity to the couple, he said he does "not feel this incident is a cause for panic".

The pair, said to have acted as Mr and Mrs Claus for many years, notified county officials on Sunday that they had tested positive.

Officials advised any children who were in contact with the couple to isolate for 14 days and to follow guidelines from the Centres for Disease Control and Prevention.

However, some of the children who attended the event went to school as normal on Friday, before the couple were tested for the virus.

The Long County Schools System advised parents to keep possibly exposed children at home until after the festive period, but said schools will remain open.

The festivities took place just a day after the system offered parents the choice of virtual learning for kids for the rest of the year, as cases in schools continue to rise.

Mr.Parker defended the event in a statement on the boards Facebook page, which he said was well attended by public officials.

"I believe I speak for the majority of them in saying that we still stand by the decision of the Chamber to move forward with these holiday traditions and to bring some sense of normalcy to these trying times.

"I have personally known both "Santa" and "Mrs. Claus" my entire life and I can assure everyone that they would have never knowingly done anything to place any children in danger."

Despite his support of the event, Mr. Parker revealed he had received "hate mail nationwide", although he said "local outage has been minimal."

The event was supposedly in accordance with restrictions, with children waiting for their photograph being spaced apart in line, alongside a hand sanitising station.

It comes after Dr. Anthony Fauci, the nations leading infectious disease expert, reinforced the necessity of current restrictions and travel advisories for the Christmas season.

Hospitals around the US continue to describe a crisis of capacity in intensive care units, as figures revealed more than 300,000 people have died from coronavirus across the country.

Georgia reported a record number of new cases on the same day as the Ludowici Christmas parade, as daily cases hit 6,121. 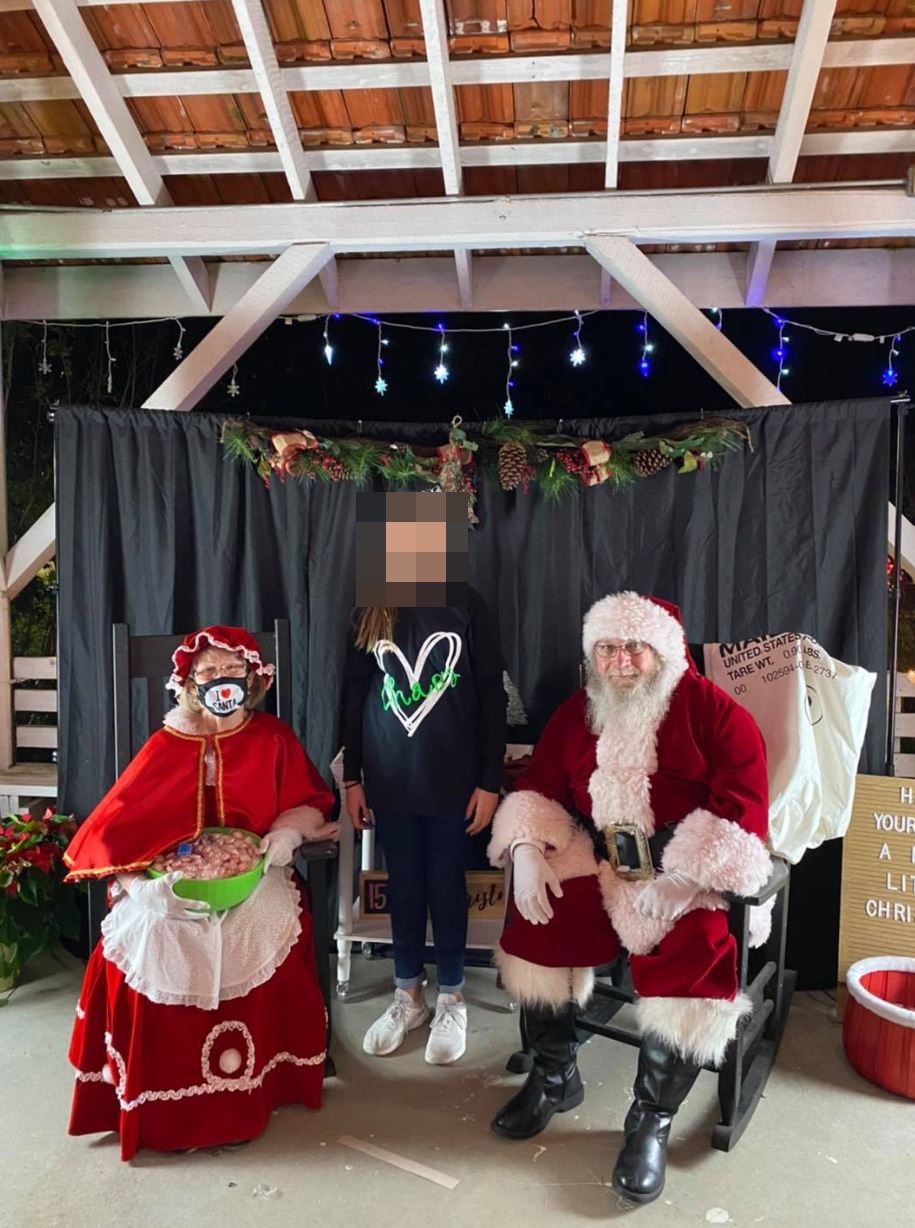 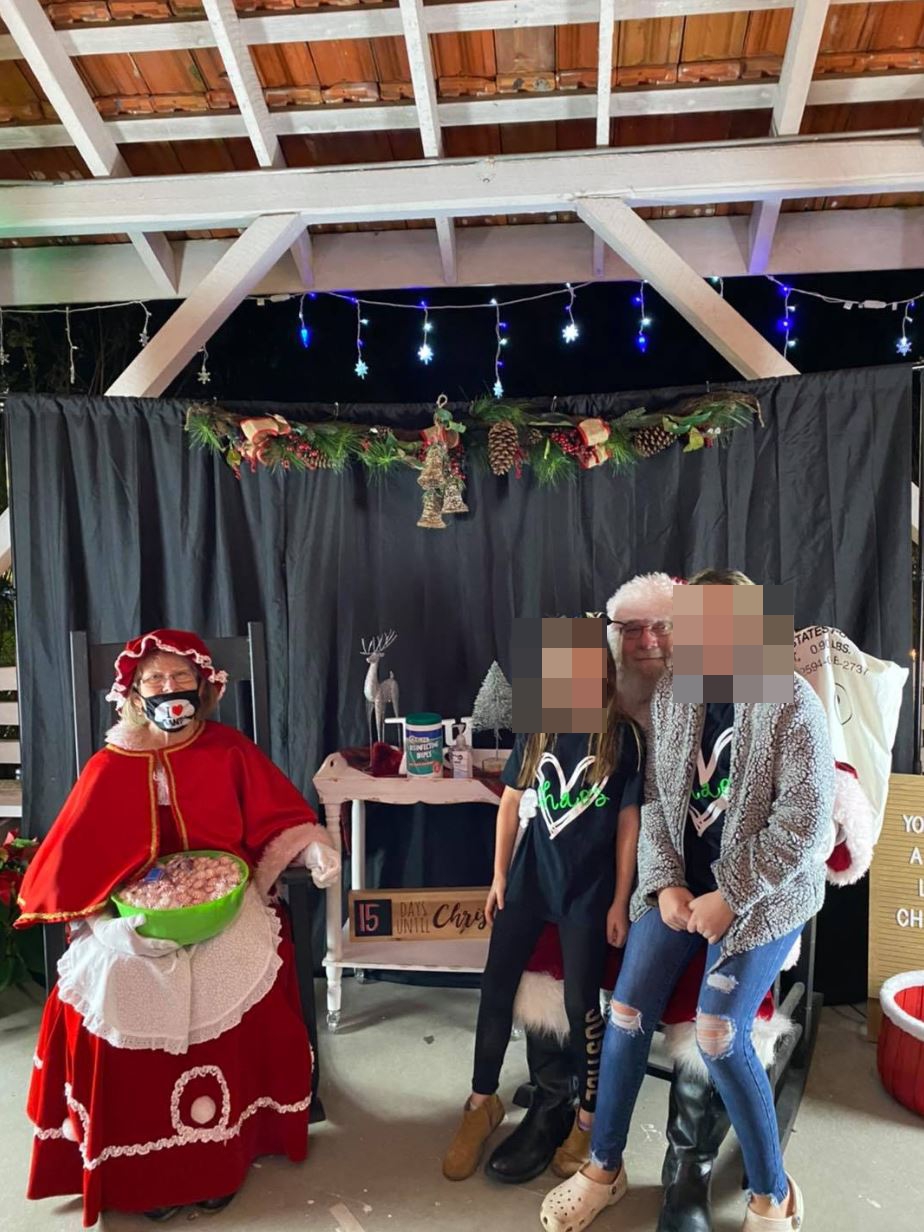