Jerusalem: Sara Netanyahu, the wife of Prime Minister Benjamin Netanyahu of Israel, was indicted on Thursday on charges that she defrauded the Israeli government of close to $US100,000 ($135,000) in improper expenses.

The indictment alleges the PM's wife hired some of Jerusalem's best-known chefs to cater hundreds of private meals while covering up the fact that the prime minister's residence already employed a full-time cook. 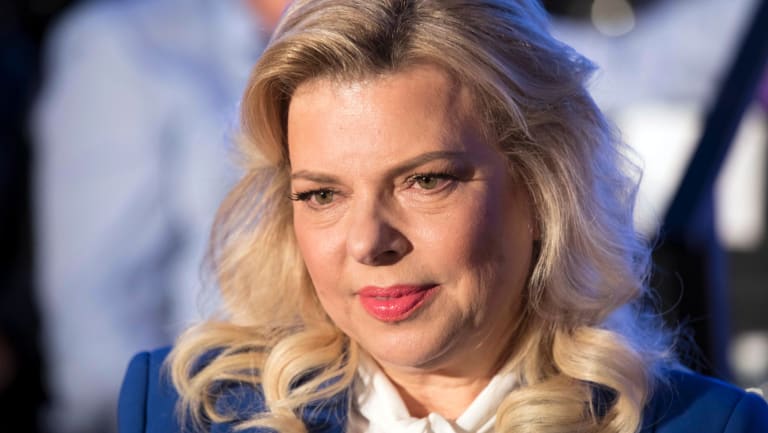 Benjamin Netanyahu himself was not named in the indictment, though he is currently the subject of a handful of separate corruption investigations.

The charges announced against Sara Netanyahu include breach of trust, though she does not hold a formal public position, and cover the years 2010 through 2013. Accusing her of "exploiting her status as the wife of the prime minister," prosecutors said Sara Netanyahu and a top aide colluded in a "planned, ongoing and systematic" scheme both to break government rules and to prevent state accountants from learning of her trespasses.

According to the indictment, "… the accused acted jointly to fund at the cost of the public coffers ready meals from restaurants, and this while simultaneously receiving the services of a full-time cook in the residence, who was falsely presented to the office as a cleaning worker…"

Sara Netanyahu and the aide, Ezra Saidoff, a manager in the prime minister's office, are accused of falsifying household financial records, misidentifying kitchen staff members as maintenance workers and inflating the hours worked by hand-picked outside waiters to show a lower rate of pay that fell within state guidelines. 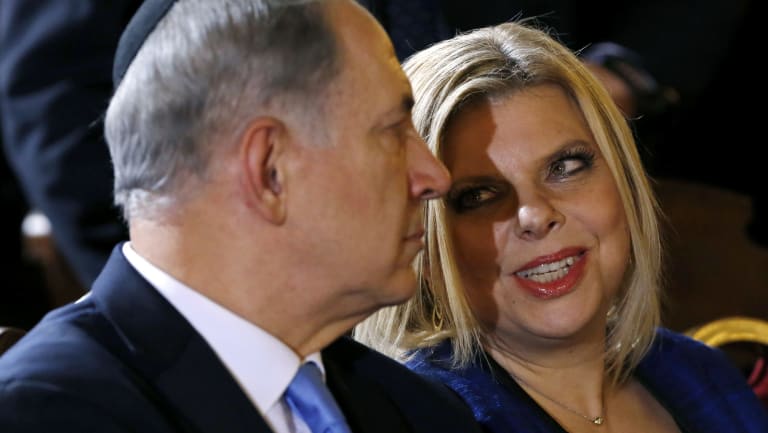 Israel PM Benjamin Netanyahu with his wife Sara in December 2013.

To keep the cost per person within the guidelines, the prosecutors say, Saidoff also padded the number of occasions and the number of people who attended.

"… on the basis of the demands of the accused (Sara Netanyahu) to employ chefs in the residence for the purpose of cooking meals they hosted privately and in order to fund the high cost of the meals, the accused (Saidoff) acted in such a way that the overall cost of these meals was divided into a larger number of portions than the number of portions actually provided, and sometimes 'spread them out' over a number of dates," the charges said.

In a statement, lawyers for Sara Netanyahu called the indictment "absurd and delusional," cast blame on a former household superintendent and said "the Netanyahu family did not consume most of the food," which was eaten by other people, including guests and staff.

"But the biggest absurdity," the statement asserts, is that the accounting procedure Sara Netanyahu is accused of violating was drafted especially for Benjamin Netanyahu just days before he took office in 2009 "by three officials without authority." 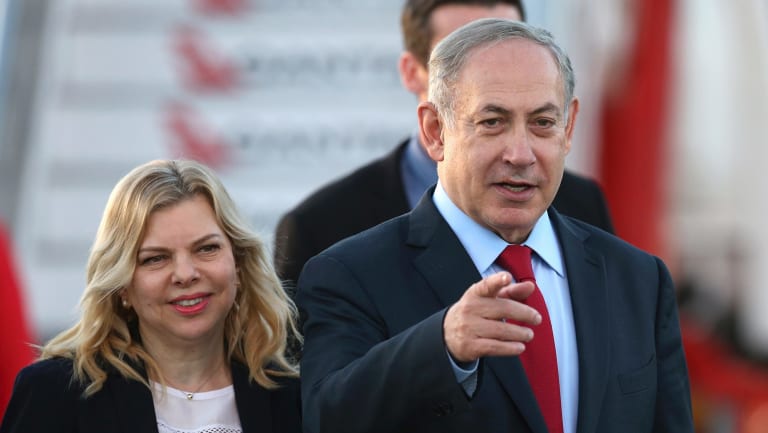 "An indictment based on an illegal procedure cannot hold water," the statement says.

The attorney general of Israel, Avichai Mandelblit, filed Thursday's indictment over the objections of Sara Netanyahu's lawyers. One of them, Jacob Weinroth, gave an interview recently in which he said that the case could have been avoided had Sara Netanyahu made restitution, but that she had refused to do so.

This is not the first time that the expensive tastes of Sara Netanyahu, 59, have come back to haunt her husband, who also faces indictment in a web of corruption scandals.

In September, Mandelblit closed inquiries into allegations that she had used state funds to pay for outdoor furniture for the Netanyahus' private home in Caesarea and improperly redeemed more than $US1000 in bottle deposits for cash. And gifts of jewelry to Sara Netanyahu are among hundreds of thousands of dollars in bribes that the police, in February, accused her husband of accepting.

The various investigations of Benjamin Netanyahu, meanwhile, are quietly proceeding. The prime minister himself was questioned last week in an inquiry into whether he had acted to help the Bezeq telecommunications company in exchange for glowing coverage from its Walla news site subsidiary.

Two of his confidants have turned state's evidence, and acting on evidence provided by one of them, police last week also questioned two other witnesses about another investigation, into whether Benjamin Netanyahu traded official actions for favourable news coverage in the Yediot Ahronot newspaper.

The charges made public against Sara Netanyahu and Saidoff on Thursday include a few counts unrelated to catered meals. The indictment says Sara Netanyahu secretly arranged for a house cleaner on the government payroll to fill in as the home health aide for her aged father in 2011 when the regular aide, whom the Netanyahus paid privately, was on vacation. But the extra work was paid for by the state, at a cost of about $US1000 that should have been borne by Sara Netanyahu, the indictment charges.

"The cleaner agreed to do this and on 5 dates during the months September — November 2011, while the accused's (Sara Netanyahu) father's carer was on holiday, the cleaner replaced her as the accused's father's carer, including during the night hours. On each one of these days, starting in the afternoon hours and for 18 hours' work at least, until the following day, the cleaner worked as a carer in the service of the accused (Sara Netanyahu) and did not engage in cleaning or household work," the charges said.

The indictment also says that Saidoff helped Sara Netanyahu have the state pay the bills for a private electrician's work at the family's residence in coastal Caesarea, despite a specific government instruction that the electrician not be permitted to perform work there.