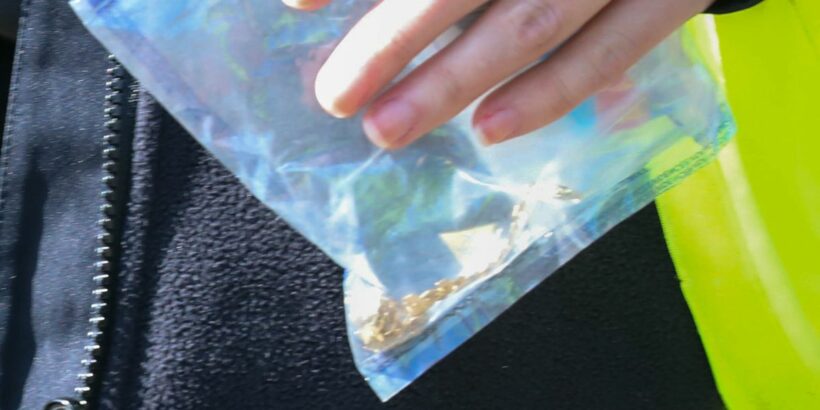 Police investigating the death of Sarah Everard have discovered a gold necklace – as they go through recycling bins and a river in a Kent town.

Officers were dispatched to Sandwich this morning, and carried out searches around 30 miles from the woodland outside Ashford where Sarah’s remains were found.

On Monday, March 15, officers placed a necklace into an evidence bag after spotting it on top of a car park ticket machine.

Officers from the Metropolitan Police set up a tent and equipment in the Guildhall car park, Kent Live reports.

An onlooker told MailOnline: “The main car park area is closed and they have closed the whole of the ropewalk area.

“They look like they are going to look in the recycling bins. It's understood police have still have not found Sarah’s phone, so the talk here is that the phone is what they are looking for.

Divers in scuba suits searched for evidence in a local river, and officers were seen looking under vehicles in a Co-op car park.

The Metropolitan Police confirmed searches were still ongoing and Sandwich Town Council added it was cooperating with Kent Police over the investigation.

A statement from Sandwich Town Council read: "Police have requested that residents do not gather trying to ascertain information or details.

“If you have social media, please disburse this information to your groups.

"For your information, the police have cordoned off the Rope Walk between Malcolm Waites Garage / Cow Leas Meadow all the way through the town.”

PC Wayne Couzens, 48, was arrested at his home in Deal, Kent, on Tuesday, March 9, and charged with the 33-year-old’s kidnap and murder three days later.

Couzens joined the force in 2018 and worked as a diplomatic protection officer, providing security at events attended by Royal Family members.

Sarah, a marketing manager, had not been seen or heard from since she left her friend's house in Clapham, south London, at around 9pm on Wednesday, March 3.

On March 10, Met Police officers confirmed human remains had been found outside of Ashford, Kent.

They were formally identified as Sarah’s two days later.

On Saturday, March 13, Couzens was brought in person before Westminster Magistrates' Court.

He was remanded in custody to appear at the Old Bailey on March 16.