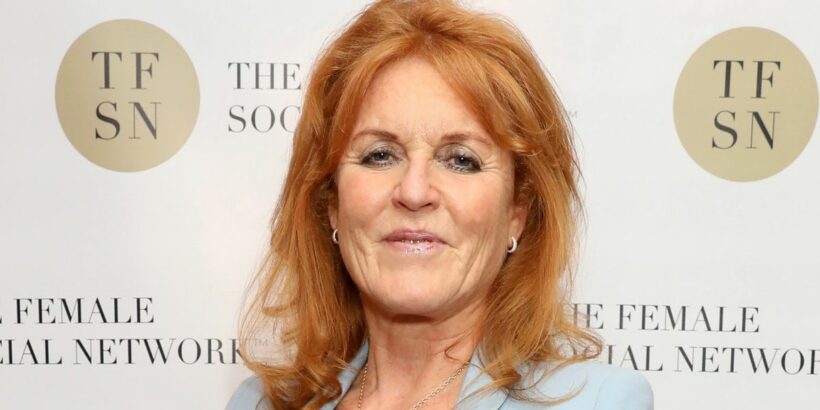 Sarah Ferguson could be handed some of Prince Harry and Meghan Markle's old royal patronages, a source has claimed

Patronages are a key part of being a member of the Royal Family, offering support to charities, military associations and even public service organisations.

But following their decision to step away from royal life last year, the Sussexes were stripped of their honorary military titles and royal patronage appointments, Buckingham Palace said following the bombshell move in March 2020.

Meghan was Patron of The Association of Commonwealth Universities, while the couple also left roles as president and vice-president of The Queen's Commonwealth Trust when stepping away from life as senior royals.

And now, a source has told New Idea magazine that Sarah Ferguson could be invited by the Queen to take on "some of the patronages once held by Prince Harry and Meghan Markle".

The Duchess of York, also known as Sarah Ferguson and Fergie, is the former wife of Prince Andrew, The Duke of York and was recently invited by the Queen, 95, to join the royals on their holiday at Balmoral despite divorcing Andrew in 1996.

But the report adds that the Sussexes themselves may not be a fan of handing the patronages to Fergie.

"The Sussexes no doubt won’t like hearing that," the source told New Idea.

Harry and Meghan stepped back from senior positions within the Firm last year following talks at Sandringham with Prince Charles, Prince William, and the Queen.

The Duke and Duchess of Sussex have since relocated with their son, Archie, to California, where they have since been joined by newborn daughter Lilibet.

Although a 12-month review of the arrangement was initially agreed upon, it was confirmed earlier this year that Harry and Meghan's split from The Firm is to be permanent.

A royal expert recently claimed that Prince Harry has passed "the point of no return" and will never come back to the UK after losing his royal patronages at the RFU and RFL.

He told The Sun Online: "The handing over of the rugby patronage brings home that Kate is very much stepping up her royal duties and taking on more and more patronages and getting a higher profile.

"It also highlights the reality of Prince Harry being replaced in some of the things he enjoyed, but it's sad in that it's taking away the things he brought to the table.

"It's another example of the changing of the guard. It's a psychological blow as it emphasises the split and it's very much final."

Representatives of the Sussexes and the Queen have been approached for comment.

It's been a year like no other for the Queen, from the loss of her husband to heartache over Prince Harry. But Her Majesty has also had a lot of cause for celebration, including the birth of baby Lilibet. To mark what a year the Queen has had, OK! Magazine is bringing you a limited edition collector's issue. Get your hands on it here .