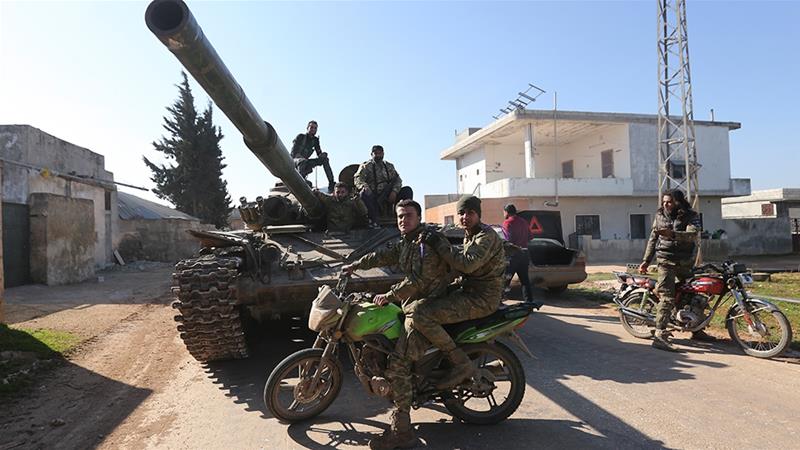 On Monday, Syrian state news agency SANA said government forces had wrested control of the city back from the rebels and pledged to “confront the flagrant Turkish aggression”.

The town has changed hands more than once. Syrian forces, backed by Russia, entered Saraqeb and established control over it on February 8, before being pushed out by Turkish-backed armed opposition groups on February 27.

According to a SANA correspondent, government forces entered Saraqeb on Monday “after fierce clashes with terrorist organizations … backed by the Turkish regime” and are working to “comb the city of what have been left behind by terrorists”.

However, Al Jazeera’s correspondent in the nearby town of Binnish, Adham al-Hussam, said the situation in Saraqeb had not been decided yet, with street battles continuing and neither side able to hold the city.

“It’s a very fluid situation,” al-Hussam said. “The rebel groups are in control of the western area of Saraqeb and can’t get to the area on the eastern side – known as the industrial zone – where Syrian government forces have positions and have been in control.” 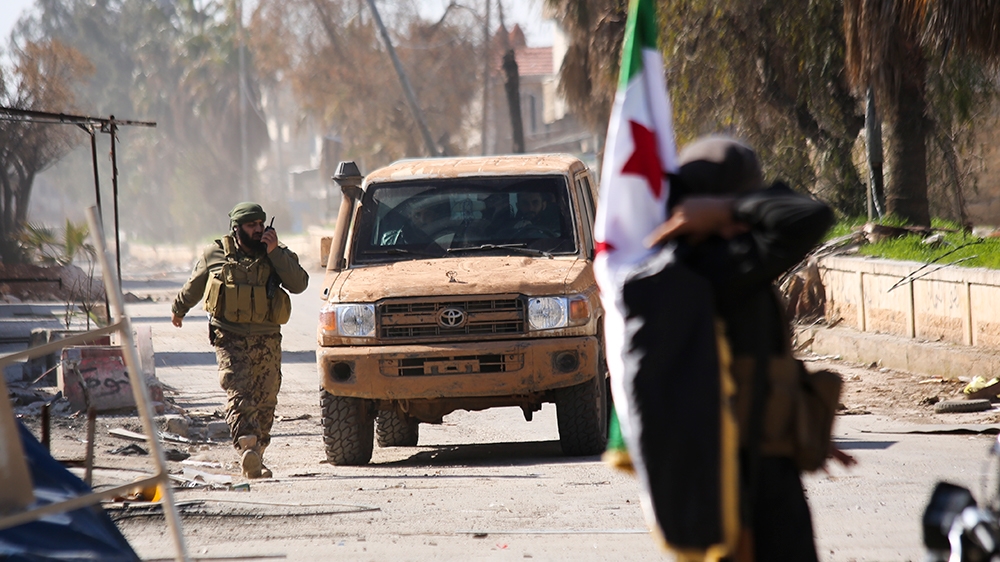 In the three months since President Bashar al-Assad’s forces intensified their military push on Idlib, the last rebel stronghold in Syria, Saraqeb has emptied of its residents and resembles a ghost town today.

Across northwest Syria, more than 950,000 civilians have fled the offensive, seeking shelter in overcrowded camps or struggling to put together woefully inadequate shelters near the Turkish border.

Turkey – which hosts 3.6 million Syrian refugees and is wary of admitting in any more – sent its troops into Idlib to stop the Syrian government forces’ rapid advance in the province.

Idlib was designated a de-escalation zone in a 2018 agreement between Turkey and Russia, who back opposing sides.

Ankara has repeatedly demanded that al-Assad’s forces withdraw beyond a line of Turkish observation points set up under the deal. On Sunday, it launched a military operation against al-Assad’s forces following the killing of dozens of its soldiers in the previous days.

Speaking to Al Jazeera, Tariq Solaq, a first lieutenant and commander of the opposition fighters’ Saraqeb operations, said: “Overall, the situation is under control”.

“Most of the battles are taking place east of Saraqeb near the industrial area,” he said. “The battles are very fluid and sometimes the regime forces succeed in advancing and taking control of one area before losing it again after an hour or so.” 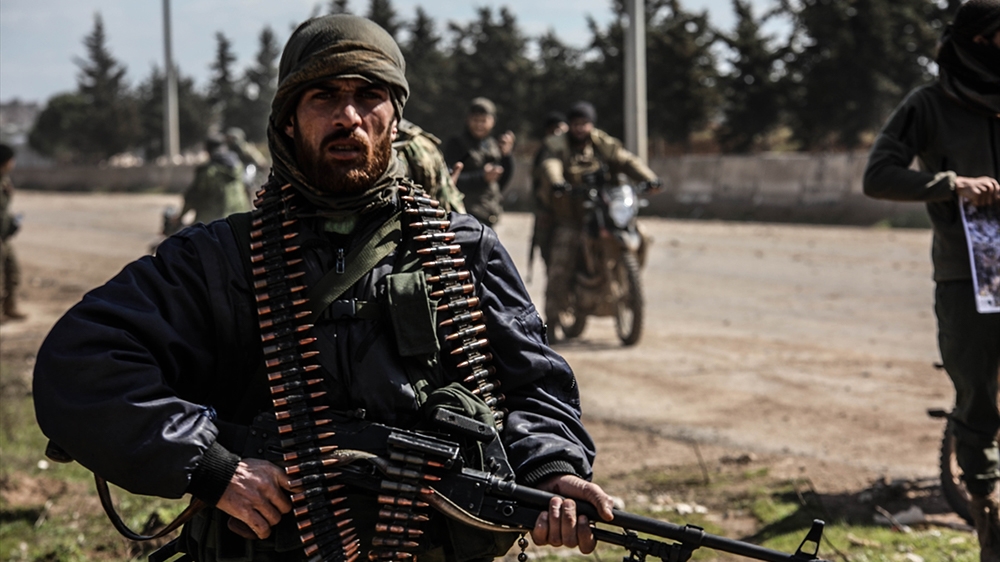 Saraqeb lies at the junction of the vital M5 and M4 highways; the former connects the capital, Damascus, to the country’s second city and economic hub of Aleppo. The latter connects Aleppo to the pro-Assad coastal city of Latakia.

Both roads are considered important commercial and trade routes and, under the 2018 Sochi agreement, were supposed to be free of military activity by armed opposition groups and Syrian government forces. They were also meant to be patrolled jointly by Russia and Turkey, to allow trade to continue.

Control of the highways by the government forces or opposition fighters can shift the dynamics of the conflict in their favour.

“Capturing Saraqeb will mean that whoever is in charge of the highways will be able to determine whether the other side can use it,” Haid Haid, a senior researcher at Chatham House, told Al Jazeera.

“For that reason, the Syrian regime has, for the past few weeks, captured most of the M5 highway between Damascus and Aleppo and has been trying to recently capture the M4 that goes all the way to Latakia.”

Such strategic gains would give the controlling side political leverage and the ability to impose conditions in future negotiations at the international level.

Haid said the Syrian government’s recent gains in Saraqeb are the result of the “mobilisation of regime forces from other areas to focus on fighting in Saraqeb” and Russian air support.

“That was not the case in the past two days,” he explained. “There wasn’t any significant Russian air support for the Syrian regime and that’s why the regime was losing. Whether that support will remain active will determine the ability of regime forces to advance or at least maintain whatever they have achieved.” 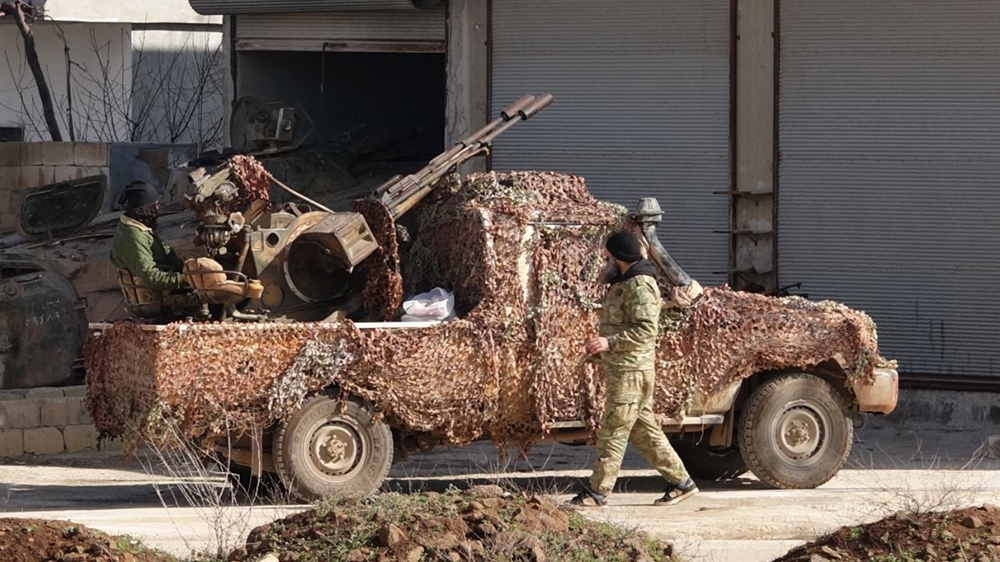 Ramping up the fighting

Cautious diplomatic outreach between Turkey and Russia has seen them discuss the situation in Idlib several times. On Monday, Turkey’s presidential office confirmed an upcoming meeting between Presidents Recep Tayyip Erdogan and Vladimir Putin in Moscow on Thursday to discuss developments in Syria.

Speaking at a meeting of his ruling Justice and Development Party (AKP), Erdogan said he has no interest in a conflict with Russia and expressed his hope that Ankara and Moscow will find a solution.

In a statement, the Kremlin stressed that Russia “attaches great importance to cooperation with our Turkish partners”.

According to Haid, the leadup to the Erdogan-Putin meeting will see fighting in Idlib ramp up as both sides seek to cement or add to gains.

“If you look at what’s happening on the ground right now, it seems like both actors are trying to … make as many gains on the ground as possible in order to increase their leverage before the summit takes place,” he said.

“This indicates that there is no clear understanding of what the outcome of the summit will be like, but that if Turkey fails to reach an accepted outcome then they will not only lose domestic support but also their reputation as a regional power.”