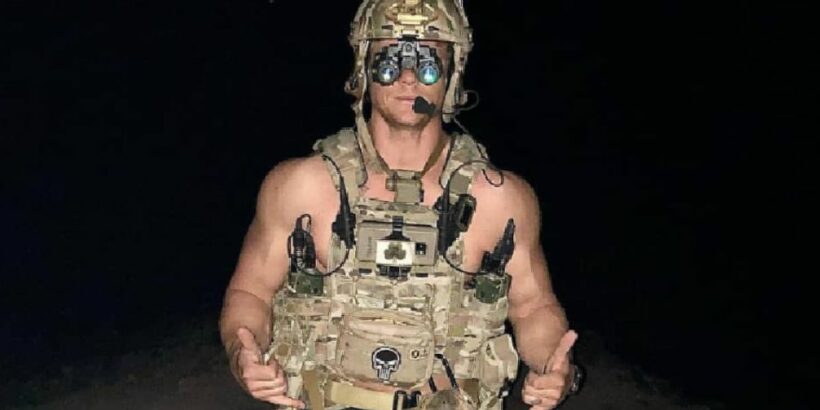 Chilling “Punisher” badges have become an unofficial emblem of the SAS, the Daily Star can reveal.

The disclosure comes after the elite troop’s chiefs reversed a ruling banning the wearing of a skull patch by members of the unit.

Defence sources have said it is worn by troops who have notched up at least one kill in combat.

The emblem is often worn by SAS troops either on helmets or attached to body armour. It is regarded as a prized possession by many in the regiment.

We told in 2019 how SAS bosses had banned the patch following complaints by some officers that the glorification of killing was offensive.

But a new Director Special Forces, who also wore a Punisher patch while on operations in Iraq and Afghanistan, has said he has no problem with troops wearing the badge.

A source said: “The Punisher badge has been adopted by the regiment and shows that a member of the special forces has been blooded in battle.

“When the badge was initially banned there were many in the regiment who thought that the unit was going to fall victim to political correctness. But fortunately someone has seen sense. The special forces are often sent on very dangerous missions which often involve killing people – that is a fact of life.

“The badge is a simple acknowledgement that an individual has been in action and achieved a kill in combat.

“It is like saying, ‘Congratulations, you are now a member of a very elite club’.”

Last week, we revealed how SAS troops had been roasted by a Regimental Sergeant Major for returning from operations with man-buns and beards.

Our source said: “You have to cut the SAS a bit of slack. They work extremely hard and play by their own set of rules.

“Does it really matter if their hair is a bit longer or they have a special patch on their uniform?”

The Ministry of Defence does not comment on special forces operations.