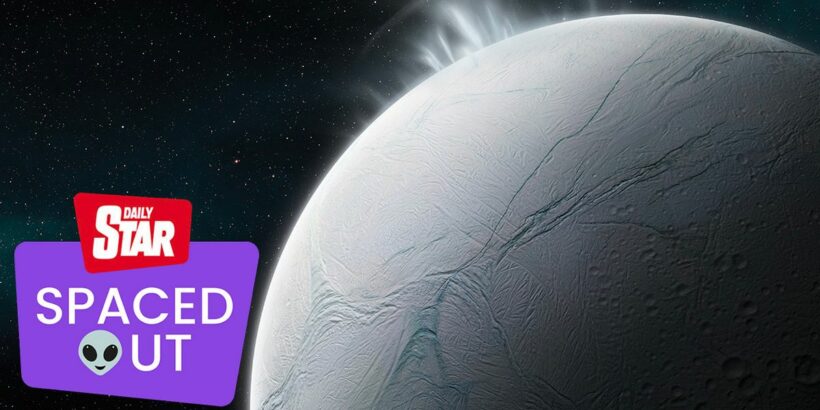 Science boffins have found “compelling evidence” that Saturn's death star moon could be home to an entire ocean, just below the surface.

According to Alyssa Rhoden, a geophysicist at the Southwest Research Institute in San Antonio, Texas, Saturn's smallest moon Mimas houses a “stealth ocean world, after data from NASA's Cassini probe was analysed.

In new research, published last week, it could hint that the search for life on other planets is bearing fruit.

Ms Rhoden said: “If Mimas has an ocean, it represents a new class of small, 'stealth' ocean worlds with surfaces that do not betray the ocean's existence.

“Turns out, Mimas' surface was tricking us, and our new understanding has greatly expanded the definition of a potentially habitable world in our solar system and beyond.

“To investigate the possibility of a hidden ocean under Mimas' frozen surface, we built a model to see if its gravitational interactions with Saturn could produce the tidal forces necessary to heat the moon's interior, keeping the water below its 15 to 20-mile thick exterior ice shell warm enough to remain liquid.

“Most of the time when we create these models, we have to fine-tune them to produce what we observe.

“The findings make Mimas a compelling target for further investigation.”

A few months ago, in October, a team from NASA said that humans could have the ability to travel to the moons of Jupiter and Saturn before the end of this century.

The scientists’ paper outlined what we should be able to do over the coming decades and centuries based on Moore's Law, which is the idea that computing power doubles every two years.

Crewed missions to space to land on Mars and on asteroids as well as on Jupiter’s and Saturn’s moons before the end of the 21st century could be followed in the 23rd century with flights to exoplanets – planets in other solar systems.

Trips to other galaxies are a little further away for us, but the boffins think even they will be possible by the end of the 24th century.